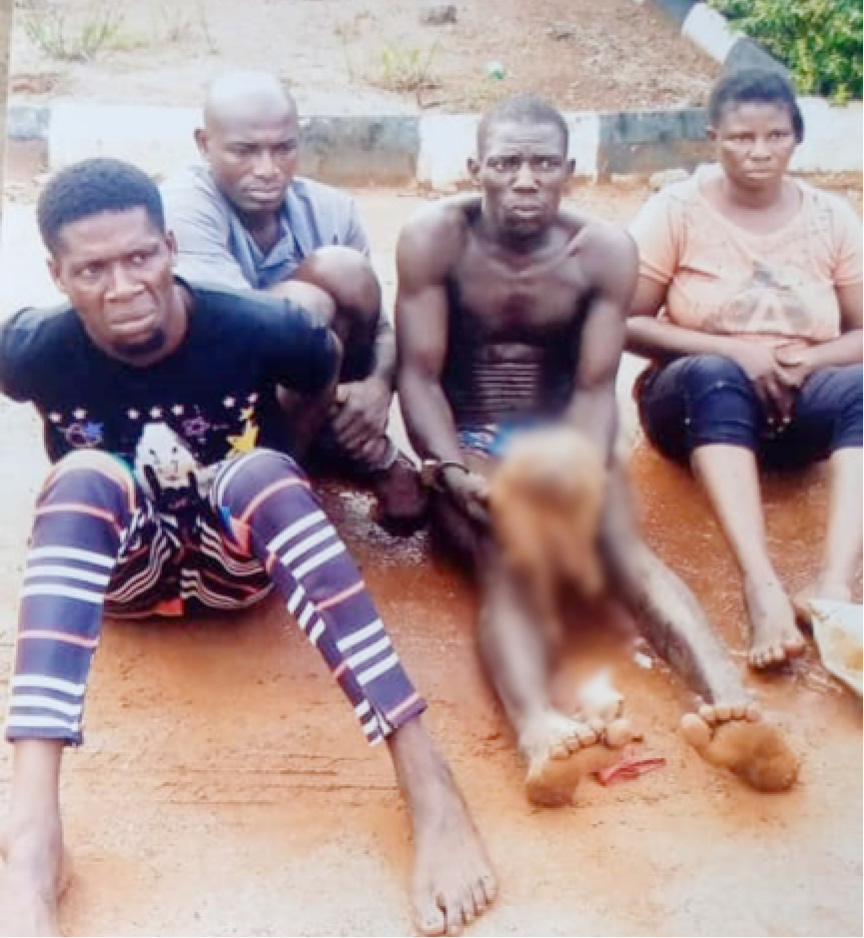 Operatives of Ogun State Police Command have arrested four persons for being in possession of a human skull, with they got from a corpse they exhumed.

The suspects, identified as Muyideen Tolubi, Niyi Folorunso, Sonubi Taiwo and Remilekun Folorunso, were arrested following information from Odogbolu Division that some people were digging a grave.

He said they dug the grave with the aim of removing the corpse of someone who was not in any way related to them.

The Divisional Police Officer (DPO), Odogbolu Division, Afolabi Yusuf, led his detectives to the scene, but the suspects had already removed the head of the corpse and left.

The police then embarked on an intelligence-based investigation which led to the arrest of the couple and two others.

Three of the suspects confessed being the persons that dug the grave and removed the head of the corpse.

They later took detectives to Ikenne, where the fourth person who asked them to bring the head for ritual purpose was apprehended.

He further stated that the state Commissioner of Police, Edward Ajogun, had ordered the immediate transfer of the suspects to the State Criminal Investigation and Intelligence Department (SCIID) for further investigation and prosecution.

‘We In Delta Are Proud Of You’ – Gov Okowa Hails BBNaija Finalists, Dorathy And Neo