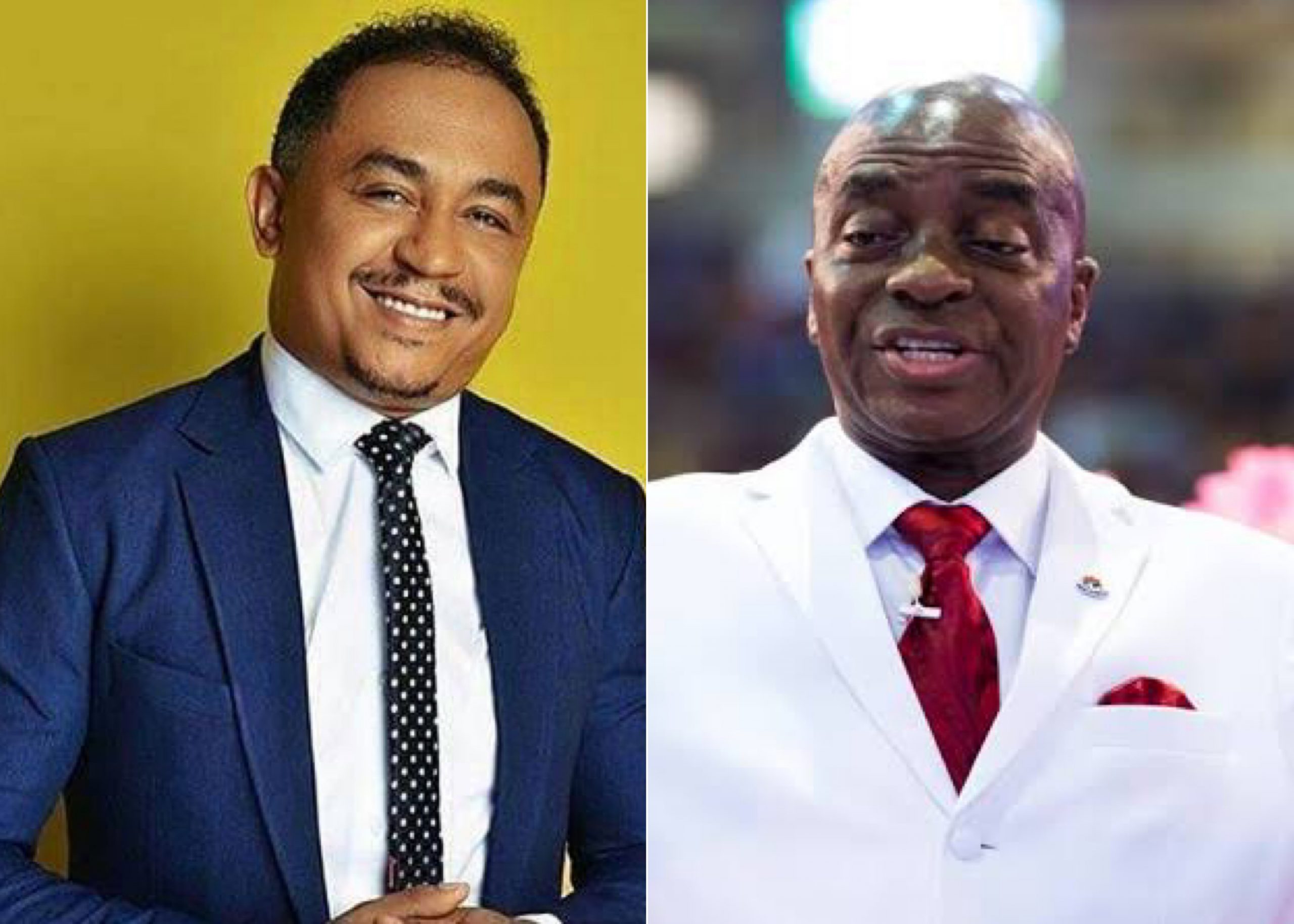 Controversial radio broadcaster, Ifedayo Olarinde better known as Daddy Freeze, has tendered a public apology to the founder of Living Faith Church aka Winners Chapel, Bishop David Oyedepo for referring to him as a ‘bald-headed fowl’ in a video he made three years ago.

Ibiyeomie in reaction to the resurfaced video verbally assaulted Freeze while on the altar for insulting Oyedepo who is his ‘spiritual father’ and his continuous attack against men of God.

Pastor Enenche also released a video attacking Freeze for disrespecting his elder, Bishop Oyedepo. He referred to Freeze as a ‘mad dog with bipolar’.

Freeze, who is the Convener of the Free the Sheeple Movement and Leader of the Free Nation in Christ, has now apologised for his comments against the Bishop in a new video shared across his social media platforms on Saturday, September 12.

The broadcaster said he did not in any way intend to dishonor, disrespect, or disregard the person of the Bishop.

My attention has been drawn to a video I released circa two years, seven months ago while addressing some pertinent issues that arose back then. I apologise for the delivery of my message and for any insult to Bishop David Oyedepo in that video as I didn’t in any way intend to dishonour, disrespect or disregard the person of the bishop.

The perceived intention to the contrary is regretted. My methods of addressing doctrinal issues have long since devolved to a more scriptural and less confrontational approach. I was, and still, very passionate in my quest to address what I believe are unresolved doctrinal issues, however, from a more amiable perspective.

Daddy Freeze expressed his “firm” belief that for the Christian faith to thrive, believers must collectively be open to adopting theological frames of reference. He said this could be achieved in love only.

Emphasising on the video, Reno Omokri, an aide to former President, Goodluck Jonathan, who appears to have intervened in the feud, said;

As I promised in my video this morning, Ifedayo Olarinde, AKA Daddy Freeze, has now apologised to Bishop Oyedepo over his comments of 3 years ago. He recognised his error and sought forgiveness.

Scripture says if a brother sins and seeks forgiveness, forgive him 70 times 7 times! I must stress that that video was done 3 years ago. The man has changed. It took great courage for him to do what he has now done, and for the sake of peace and unity in the body of Christ, I urge all those who have had an issue with him to love like Christ.

Reno equally called on Ibiyeomie to withdraw his threats against Freeze and apologise to the broadcaster’s mother for calling her son a bastard.

I also call on David Ibiyeomie to withdraw the threats he made against Daddy Freeze, and apologise to his mother, Professor Elisabetha Smaranda Olarinde, because by using the words he used on Daddy Freeze, he also insulted his mother, who was completely innocent in this whole matter. Blessed are the peacemakers: for they shall be called the children of God.

The broadcaster is known for propagating controversial Christian doctrines which include the non-payment of tithes through his movement.

He has been feuding with several popular and influential clerics and described those who demand tithe as ‘thieves’.

Watch the video of Daddy Freeze’s apology below;

I’m passionately committed to the aphorism of the Free Nation In Christ, but I believe a lot more can be achieved through love. ~FRZ

◄ John 2:17 ►
New Living Translation
Then his disciples remembered this prophecy from the Scriptures: “Passion for God’s house will consume me.” pic.twitter.com/1ntCklQA1o

Fraud Saga: ‘Your Apology Is An Epistle Laced With Pride’…

‘I Love You With Passion’ – Faith Oyedepo Celebrates…