Four people have been confirmed dead following a building collapse at the Nnamdi Azikiwe road in Aba, the commercial centre of Abia State.

The three-storey building collapsed on Wednesday leaving many trapped and others injured. Four bodies were later pulled out of the rubble by emergency officials.

The body of a teenage body was removed from the rubble on Thursday while three other bodies were removed on Wednesday.

Other victims of the building collapse are currently receiving treatment at the hospital.

According to the building authorities in the state, the building caved-in because it was built with substandard materials.

The owner of the building is said to be living abroad and the construction job is being handled by a contractor, who is currently at large.

Emergency services are still at the site, searching for more bodies believed to be trapped under the rubble.

See some photos from the scene of incident below; 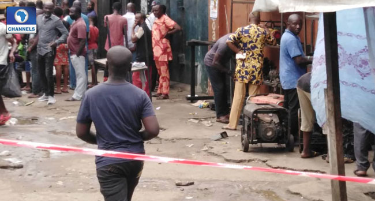 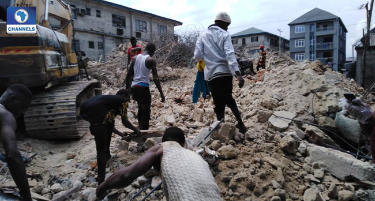 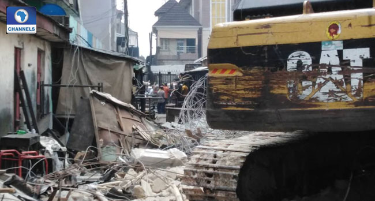