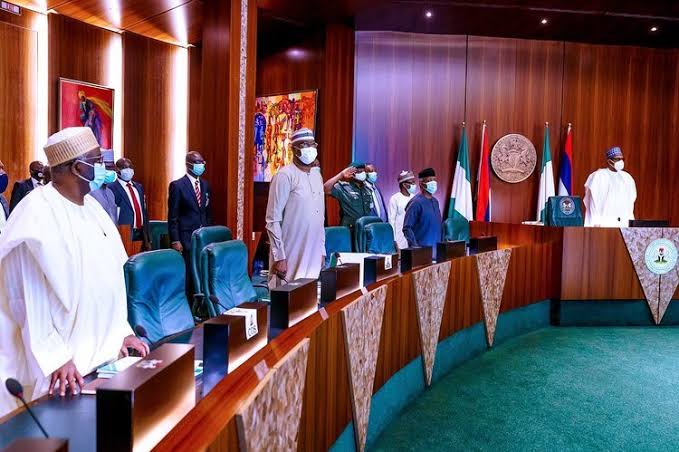 The fiscal document was approved at a meeting of the council presided over by President Muhammadu Buhari on Wednesday, September 30.

Zainab Ahmed, the minister of finance, budget and national planning, made this known to newsmen after FEC meeting.

She was accompanied by the Minister of State for Budget and National Planning, Clement Agba; the Minister for Information and Culture, Alhaji Lai Mohammed, and the Director-General of the Budget Office, Ben Akabueze.

Ahmed stated that the budget is based on an exchange rate benchmark of N379/$ and crude oil production of 1.86 million barrels per day (including 400,000 barrels of condensate) at $40 per barrel.

According to the minister, capital expenditure is estimated at N2.083 trillion, accounting for 29 percent of the total budget.

The minister added that the project would run on N4.48 trillion deficit with a revenue target of N7.9 trillion. Federal Government is also targeting the inflation rate at 11.96 percent.

President Muhammadu Buhari is expected to present the budget to the National Assembly in October.