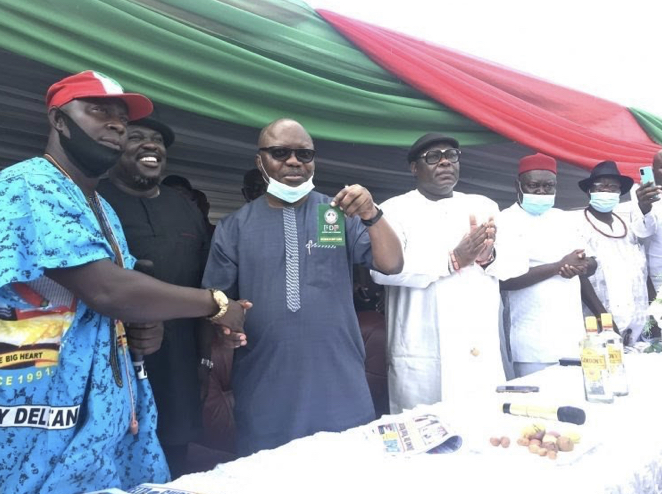 Former Governor of Delta State, Emmanuel Uduaghan has defected from the All Progressives Congress (APC) to the Peoples Democratic Party (PDP).

Dr Uduaghan officially made a return to his former party on Monday, September 28 where he served as secretary to the government and governor for eight years.

The former governor was received back into the PDP fold today at his ward, Aigborodo Ward 6, in Warri North Local Government Council of Delta state.

This comes shortly after Uduaghan told newsmen that for several months now, he has been persuaded to return to PDP.

The former governor of Delta State defected from PDP to APC in August 2018.

At the time, he said in a statement titled ‘Moving On To The Bigger Playing Field’, that he decided to join the ruling party because of the Muhammadu Buhari administration’s effort in tackling the crisis in the south-south region.

In 2019, Uduaghan went on to contest for the Delta South senatorial district but lost to James Manager.

The former governor and the APC challenged the result up until the appellate court but lost to his PDP opponent, Manager.

Looting Of Warehouses Not Necessarily Caused By Poverty, But Greed – Femi…

Twitter Rant: ‘PDP Needs To Explain What Happened To My…