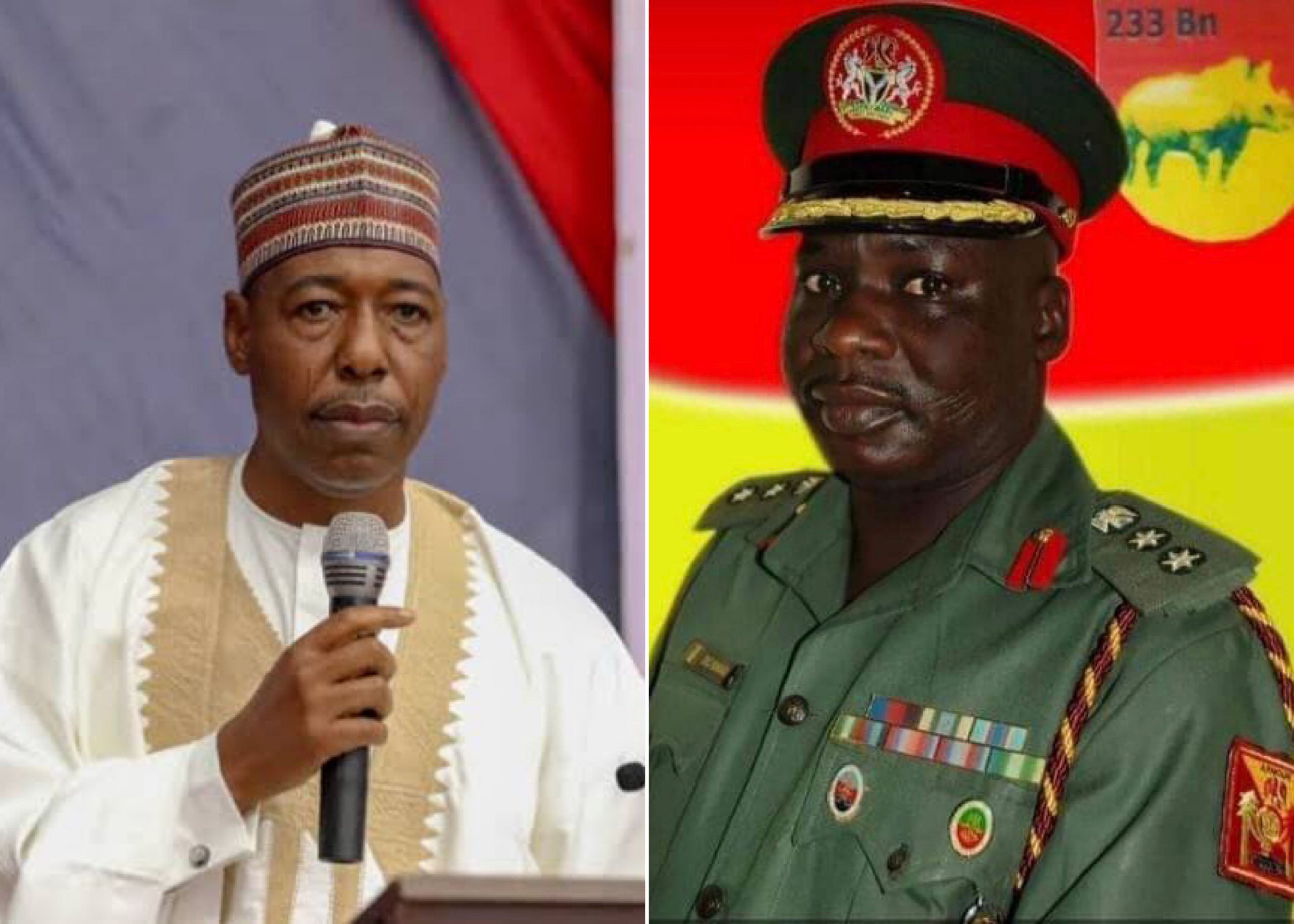 Borno State Governor, Babagana Umara Zulum has fulfilled his N20 million pledge to the family of Late Col. Dahiru Bako who was slain by Boko Haram in an ambush.

The Governor during the burial ceremony of the soldier on Tuesday, September 22 promised to build a befitting house for the family, a cash donation of N20 million and scholarships for the victim’s children.

Zulum has now presented a cheque of N20million to Bako’s family and also N2million each to the families of three other soldiers that died along with Col. Bako.

The Governor who was at the Mamalari Baracks in Borno state on Wednesday morning was received by the Acting General Officer Commanding, 7 Division Brig Gen AK Ibrahim.

Zulum consoled the wife and family members of Col Bako, and prayed for the repose of the late senior officer and three other soldiers. He described him as a great patriot and formidable commander.

The Acting GoC, on behalf of the Theatre Command Operation LAFIYA DOLE and the Chief of Army Staff, officers and soldiers of the Nigerian Army thanked the governor for his immense contribution and support.

The Nigerian Army wishes to once again assure Nigerians of its continuous determination and commitment to ending terrorism and other insecurities in Nigeria.

Late Col. Bako was ambushed on Sunday evening while on patrol along the Damboa-Sabongeri road when he was ambushed by the Boko Haram insurgents.

He suffered gunshot wounds from the attack and later died at the military hospital in Maiduguri on Monday.

Chibok Abduction: Release Of Schoolgirls Is Work In…

UN Confirms Boko Haram Attack On Its Facilities In Damasak,…