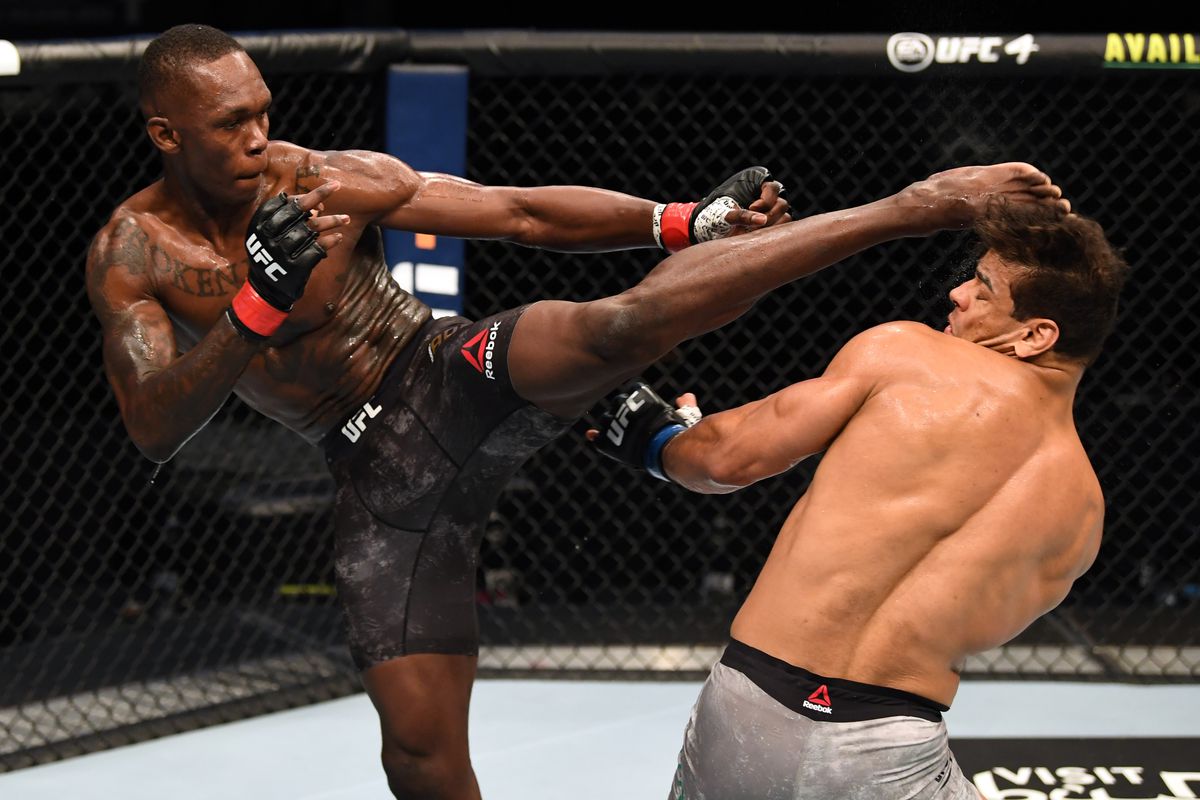 Adesanya came out with more purpose in the second round, outboxing his opponent and landing deadly shots.

In his previous fight, Adesanya beat Yoel Romero by decision at the UFC 248 pay-per-view event from the T-Mobile Arena in Las Vegas, Nevada.

Adesanya has now delivered a perfect performance on Fight Island, Abu Dhabi on Sunday, September 27 to retain his UFC middleweight title for the second time.

‘The Last Stylebender’ as he better known as was absolutely flawless in Abu Dhabi, picking apart his far bigger opponent before landing brutal ground strikes in the second round.

Costa was left bloodied and bruised on the canvas, with his undefeated record in tatters after being picked apart so ruthlessly needing medical attention after the referee waved off the fight.

The Brazilian simply could not close the distance, receiving brutal lead leg kicks, desperately swinging to try and land a powerful performance.

The Last Syle Bender maintained his 100 per cent record in the octagon and proved doubters wrong that he is one of the greatest in his division.

Watch a short clip of the finishing round below;