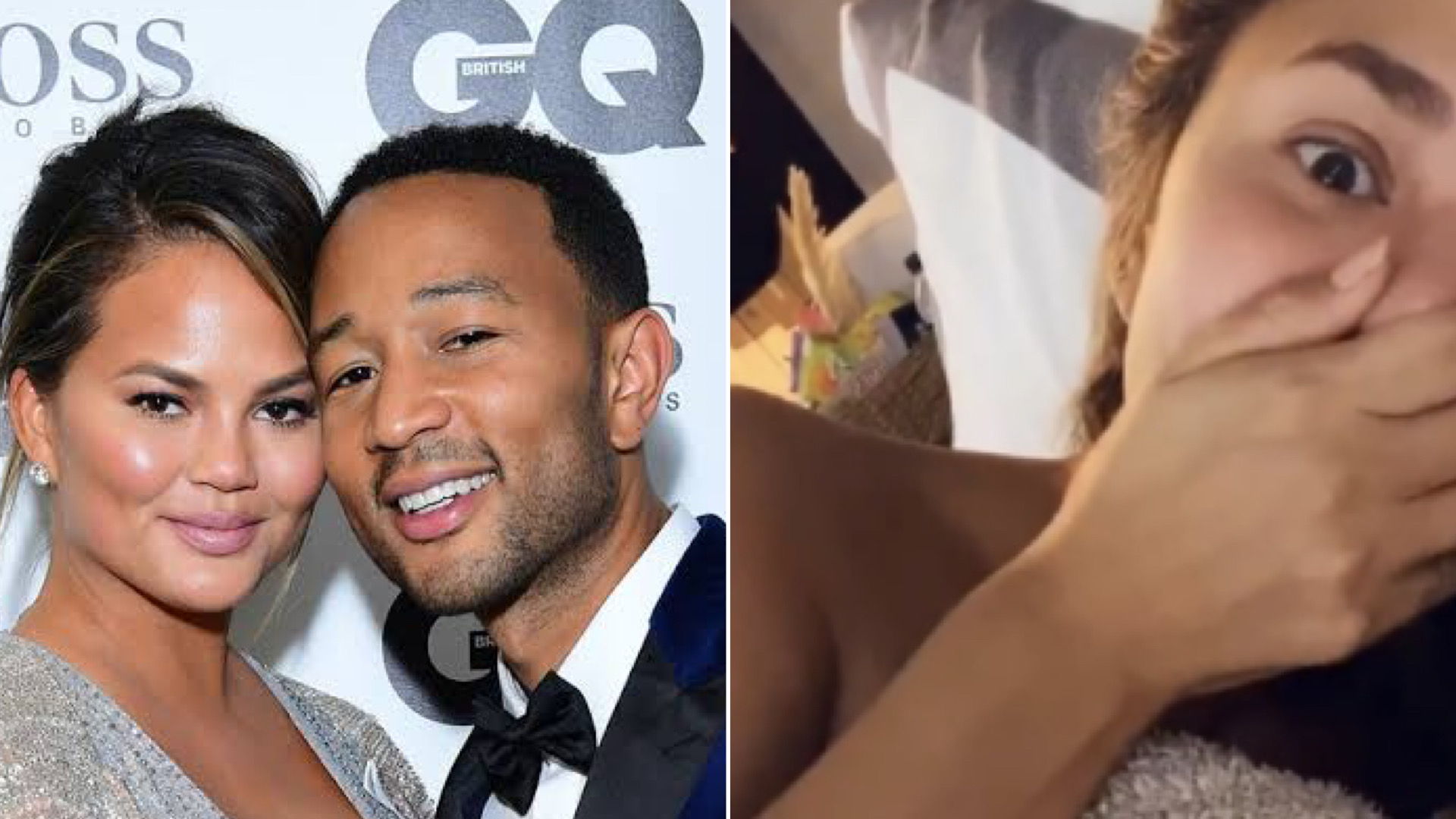 Chrissy Teigen, singer John Legend’s wife, has accidentally revealed the gender of third child while addressing her fans about her pregnancy on Instagram.

As it has been in Chrissy style, the model and author has been very generous with sharing updates with her fans about her third pregnancy.

Most recently, she opened up about how she worried the pregnancy would not survive to full-term.

Continuing to speak candidly, the mother of two on Thursday posted a video on Instagram discussing some health issues she is been experiencing, which include being put on bed rest due to having a weak placenta.

However while speaking about being on bed rest she unexpectedly dropped the news, revealing the gender of their baby as a boy.

I wanted to update you. My placenta sucks. It’s always been kind of the bad part of my pregnancies with Luna. With Miles, it just stopped feeding him, it stopped taking care of him. I was stealing all his food because I was getting huge but he wasn’t getting big at all. He had to come out early and Luna had to come out early. I was induced both times.

Talking about her current pregnancy, she said;

Realizing what she had just said, Chrissy covered her mouth in shock and said, “I’m stupid”.

Yeah, so it’s growing beautifully, everything’s good, I’m feeling good, but my placenta’s really, really weak. It’s causing me to really bleed a lot. So, basically, it’s just pretty high risk and this poor thing has been through so much already.

We just have to get my placenta healthy again and that means not moving. I’m on complete and total don’t get out, except to pee pee, bed rest.

The baby boy will be the third child and second son for Teigen and husband John Legend. The couple are parents to Luna, 4, and Miles, 2.

explaining what’s going on with my poopy placenta on my stories if you’re interested. Apologies for all the missed commitments in the next few weeks. 💙

Chrissy Teigen Reveals She Slept With John Legend On Their…