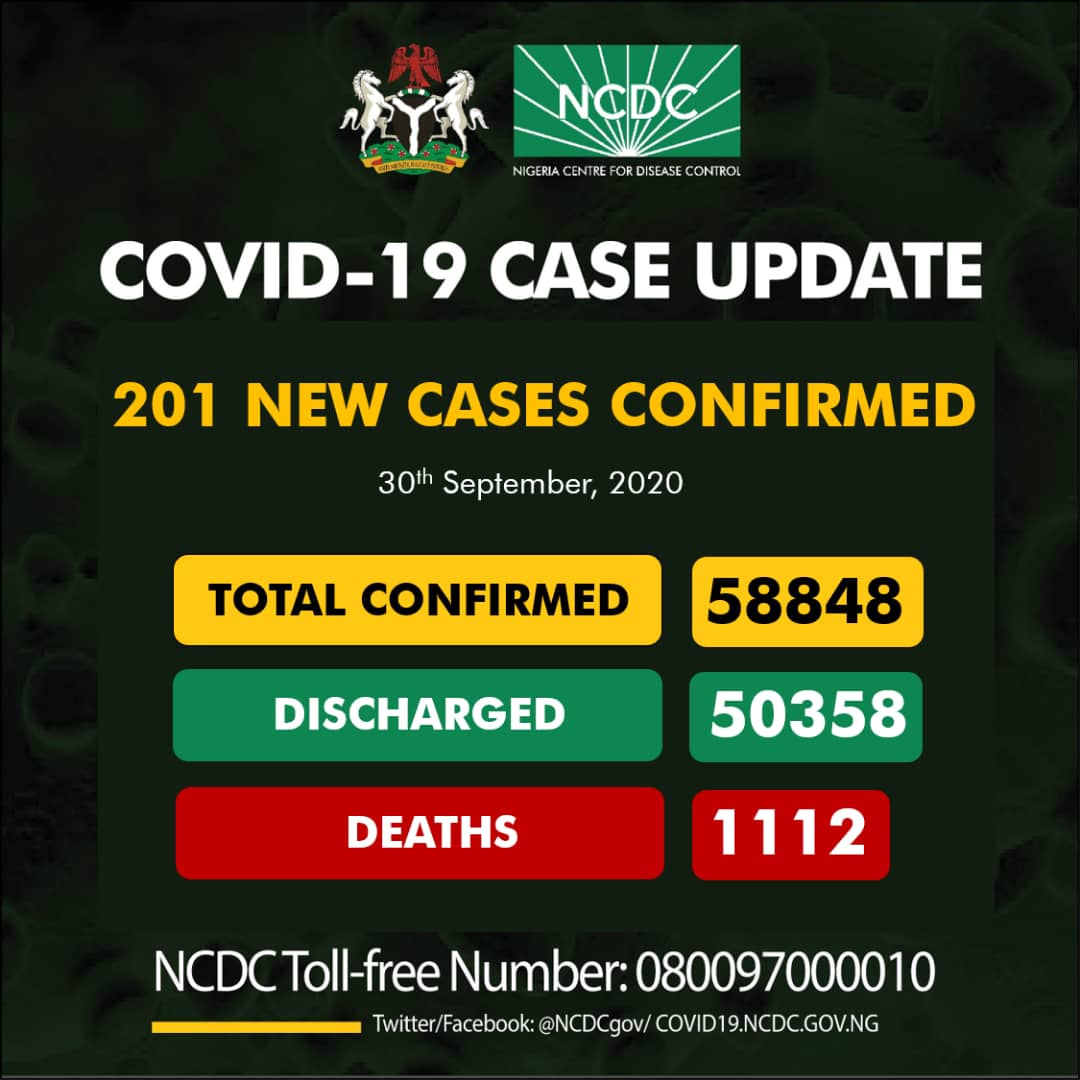 Nigeria Centre for Disease Control (NCDC) has announced 201 new cases of coronavirus infection, 421 recoveries and one death in the country.

The announcement was made via the agency’s official twitter handle on Wednesday, September 30.

With the newly recorded infections, there are now 58,848 total cases, 50,358 discharged and 1,112 fatalities across the country.

Also, overall samples tested nationwide, have grown from 509,555 to 514,730, according to NCDC‘s September 29 situation report.

Chairman of the PTF and Secretary to the Government of the Federation (SGF), Boss Mustapha, who stated this yesterday during the task force’s media briefing in Abuja, also assured that the country would be part of the early beneficiaries of the rollout.

A World Health Organisation’s (WHO)-driven partnership recently came up with the new innovation, which, according to the SGF, could come out with result of COVID-19 test within 30 minutes, instead of the current test models, which takes hours to produce a reliable test result.

According to him, among the advantages of the new innovation is the fact that it would make reaching remote communities where laboratories are currently not available.

Nigeria @60: Buhari Makes U-Turn, To Give National Broadcast At 7am