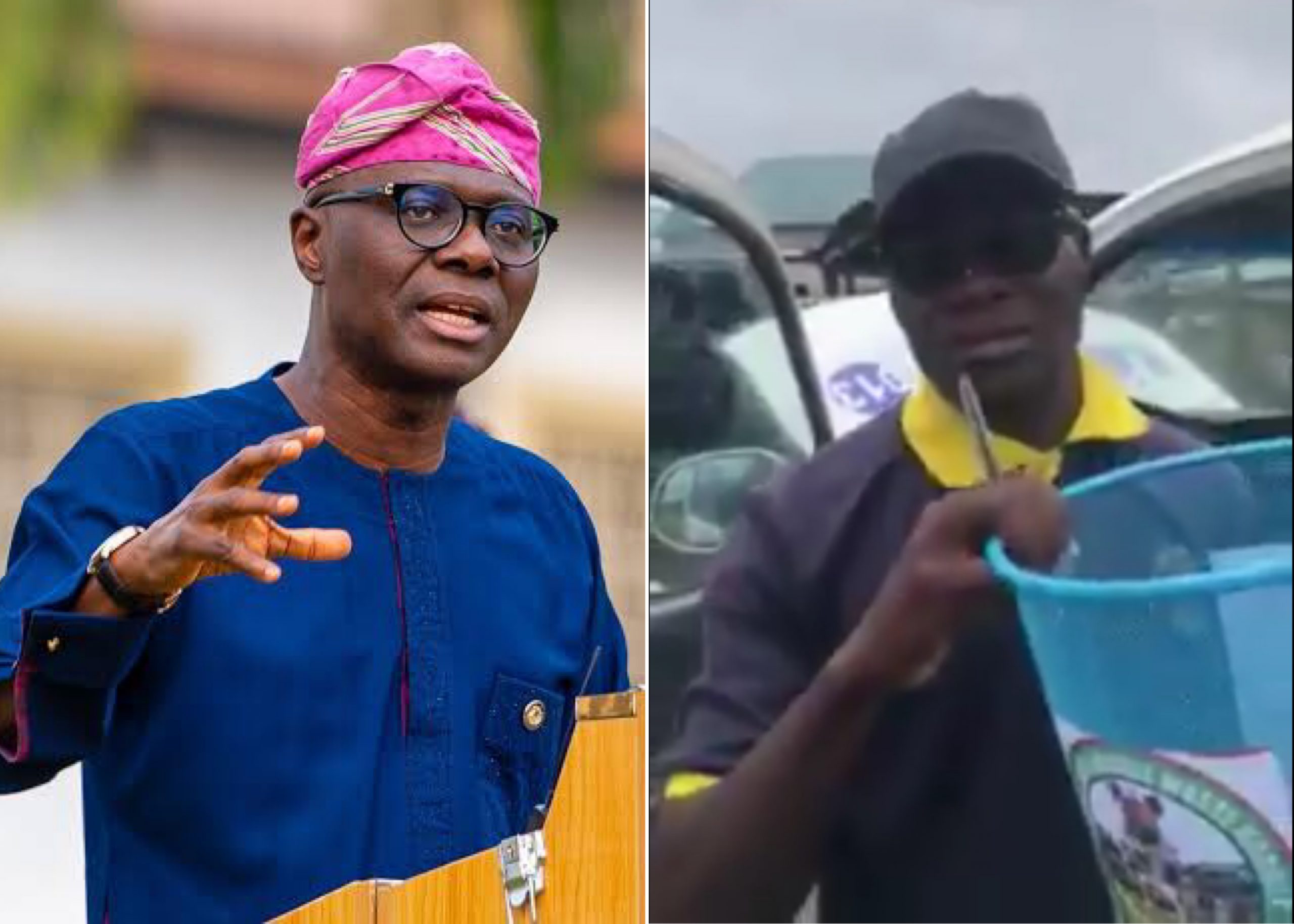 Lagos State Government has disowned a viral video, where some uniformed men were promoting mandatory purchase of branded wastebaskets by car owners in the state.

In the video, an unidentified man standing beside a bus branded Lagos State Vehicle Waste Basket (LAVWAB) Enforcement/Compliance was seen enforcing the purchase of the wastebaskets on two men.

According to the man, any car registered in the state must buy the wastebasket at the cost of N3,500 with a clearance slip to certify the car owner.

The video went viral, sparking outrage from many Lagosians, who called out the government for unnecessary levies.

Is this what makes Lagos state the centre of excellence? pic.twitter.com/xiQg4qxInm

Addressing the video in a statement, the State Commissioner for the Environment and Water Resources, Mr. Tunji Bello noted that all the characters in the viral video are fraudsters who do not represent the government or any of its agencies.

Bello affirmed that there is no unit or agency under the Ministry of the Environment and Water Resources that goes by the name “Lagos State Vehicle Waste Basket (LAVWAB) Enforcement/Compliance” as portrayed in the branded vehicle which the fraudsters operated from.

He pointed out that the dubious intent of the criminals in the video could be deduced from the fact that they operated from inside a van within an automobile workshop and were very dodgy about the kind of enforcement exercise they were supposedly carrying out.

While noting that the State Government has always encouraged all buses, trucks and articulated vehicles to provide wastebaskets in their vehicles to discourage littering of the roads and streets, Bello maintained that the present administration has never recommended any branded wastebasket to Lagosians.

The Commissioner said the development has been communicated to security agents to spread their dragnets towards apprehending the criminals and their cohorts, wherever they operated from, and bring them to book.

Bello, therefore, enjoined members of the public to report any incident of anyone claiming to represent the State Government and coercing them to purchase any particular brand of wastebaskets for placement in their vehicles.

The Commissioner also implored owners and operators of buses, trucks and articulated vehicles in the State to continue to use wastebaskets of their choice in their vehicles, as part of efforts to discourage littering and promoting a culture of proper waste disposal.