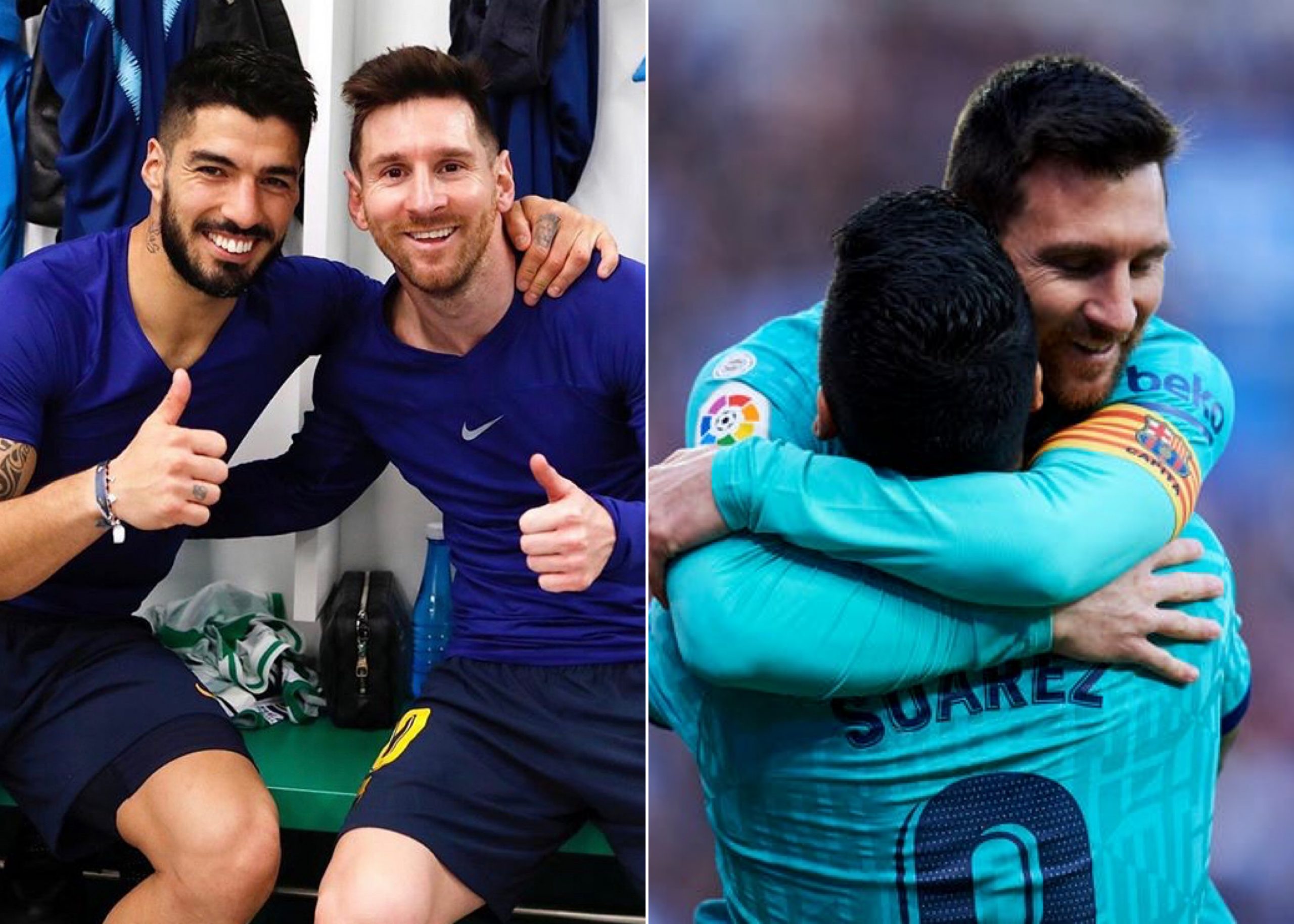 Lionel Messi has attacked Barcelona for ‘kicking out’ Luis Suarez, saying his former team-mate deserved better from the club.

Barca had announced on Wednesday that they had reached agreement with LaLiga rivals Atletico Madrid for Suarez following a standoff between the player and the club.

Messi was present at a press conference at Camp Nou on Thursday as his close friend Suarez said goodbye to the Catalan club.

Although, the Uruguayan said he felt he still had something to offer Barca but coach Ronald Koeman felt otherwise.

Messi‘s relationship with Barca reached a low point this summer when he told the club that he wanted to leave in August.

The Argentine believed he was entitled to depart for free due to a clause in his contract, but Messi eventually stayed put rather than risking a bitter legal battle over his €700million release clause.

Chances of Messi signing a new contract at Barca beyond its current expiry of summer 2021 is slim and the Camp Nou talisman did not hold back in his criticism of the club’s conduct during Suarez’s exit.

In a lengthy tribute to Suarez on Instagram, Messi wrote in Spanish;

I had already begun to imagine it but today I went into the dressing room and it truly dawned on me. It’s going to be so difficult to not continue to share every day with you both on the pitches and away from them.

We’re going to miss you so much. We spent many years together, many lunches and many dinners. So many things we will never forget, all the time we spent together.

It will be strange to see you in another shirt and much more to come up against you on the pitch. You deserved a farewell that fit with who you are: one of the most important players in the history of the club. Someone who achieved great things for the team and on an individual level.

You did not deserve for them to throw you out like they did. But the truth is that at this stage nothing surprises me anymore.

Suarez hit 198 goals for Barcelona through just 283 appearances, with his impressive strike rate complementing that of Messi.

The pair formed a close bond on and off the field and helped to deliver an enviable array of major honours to the Camp Nou trophy cabinet.

Suarez has, in an emotional farewell statement of his own, claimed that Koeman’s culling came as no surprise.

Many have been stunned by the decision, though, with Messi among those left disappointed at another big call that Barca may live to regret.

Barcelona Player, Antoine Griezmann Becomes A Father For The…