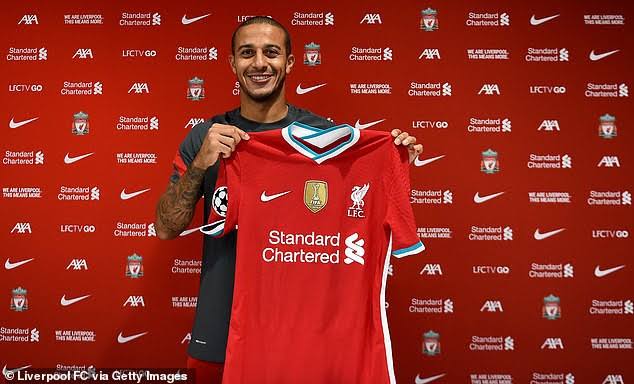 Liverpool has confirmed the signing of Spain midfielder Thiago Alcantara from Bayern Munich for a reported fee of £20 million ($26 million) on Friday.

The clubs have been in discussions since the start of the week after the Spain international made it clear since July that he would not be signing another contract in Germany.

Thiago agreed a “long-term contract” with the Premier League champions after deciding to end his seven-year stay with Bayern.

The 29-year-old moves to Anfield after helping Bayern win the Bundesliga, the German Cup and Champions League last season.

I think it’s an amazing feeling. I was waiting for this moment for a long time and I am very happy to be here.

Thiago will become their second major signing of the transfer window after the Reds spent £11.75m on Greek left-back Kostas Tsimikas.

Liverpool will look to trim the squad before the close of the window, but Gini Wijnaldum – wanted by coach Ronald Koeman at Barcelona – is expected to remain on Merseyside and see out his deal as things stand.