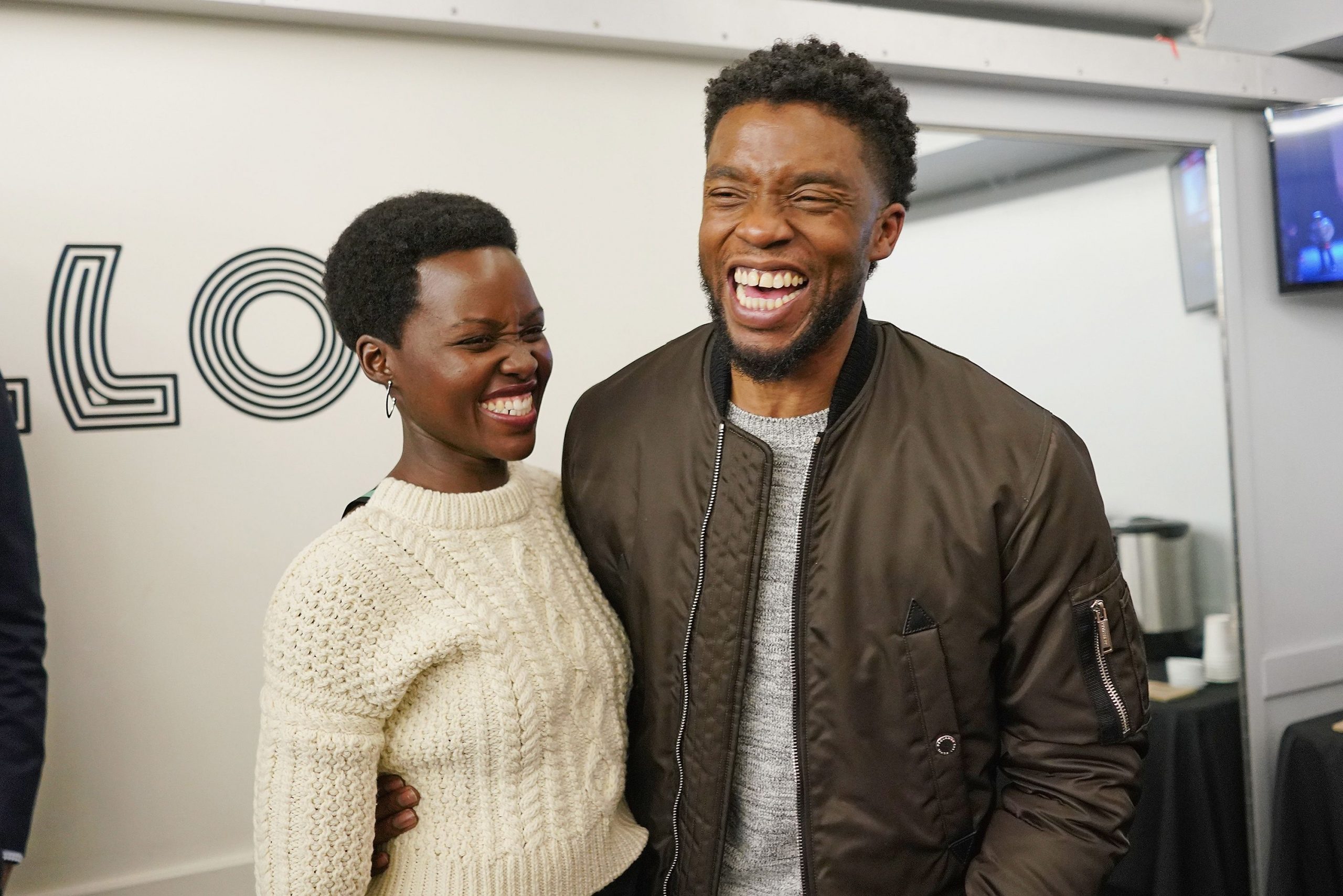 Kenyan-Mexican actress, Lupita Nyong’o has broken her silence and paid tribute to her late Black Panther co-star Chadwick Boseman in an emotional statement.

Chadwick’s death was announced last month as it was revealed the 43-year-old secretly battled colon cancer since being diagnosed in 2016.

In an emotional statement, Lupita, 38, for the first time since his death opened up about her time with the Black Panther star as she praised his ability to make the most of his time, urging fans to live like the actor did.

Lupita, shared a sweet picture of the pair together in which Chadwick could be seen laughing while his friend turned to embrace him. 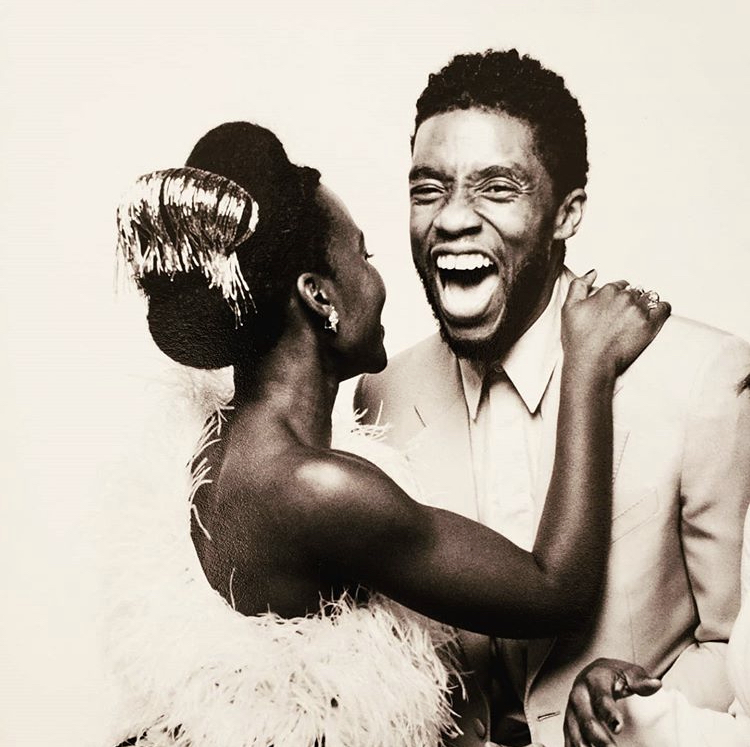 I write these words from a place of hopelessness, to honor a man who had great hope. I am struggling to think and speak about my friend, Chadwick Boseman, in the past tense. It doesn’t make sense.

The news of his passing is a punch to my gut every morning. I am aware that we are all mortal, but you come across some people in life that possess an immortal energy, that seems like they have existed before, that are exactly where they are supposed to always be – here! … that seem ageless… Chadwick was one of those people.

Chadwick was a man who made the most of his time, and somehow also managed to take his time. I didn’t know him for long, but he had a profound effect on me in the time that I did.

When we came together to make Black Panther, I remember being struck by his quiet, powerful presence. He had no airs about him, but there was a higher frequency that he seems to operate from. You got the sense that he was fully present and also somehow fully aware of things in the distant future.

As a result, I noticed that Chadwick never seemed rushed! He commanded his time with ease…And he put in the work with all of us. He showed up to every rehearsal and training and shoot day with his game face on. He was absorbent. Agile.

He set the bar high by working with a generosity of spirit, creating an ego-free environment by sheer example, and he always had a warm gaze and a strong embrace to share… Chadwick’s hands were strong enough to carry the weight of the film and free enough to clasp mine when I needed it.

Lupita then explained how Chadwick was always mindful of his words and always used them to build people up, and would never put himself down.

The actress’ statement came after Chadwick’s friends and family laid him to rest in a private ceremony over the weekend. 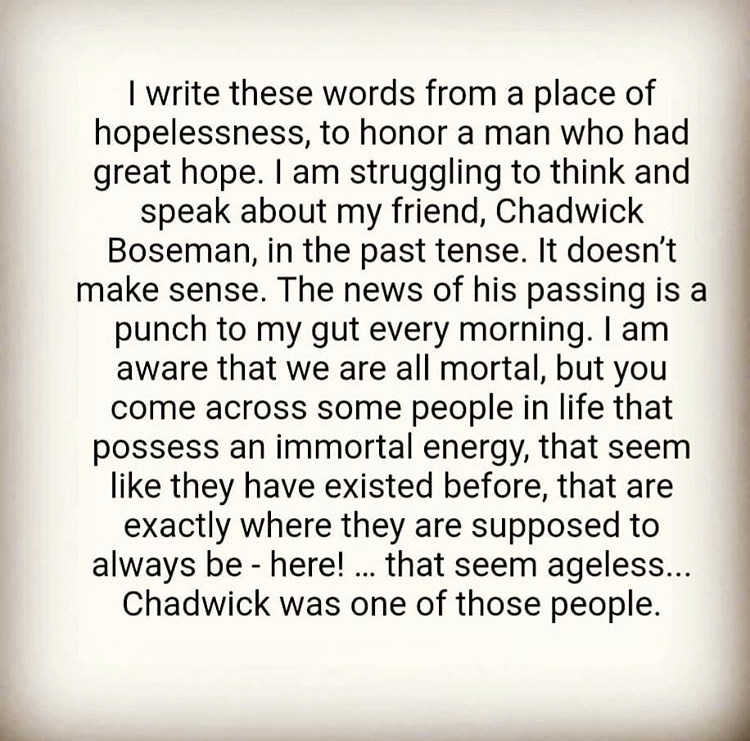 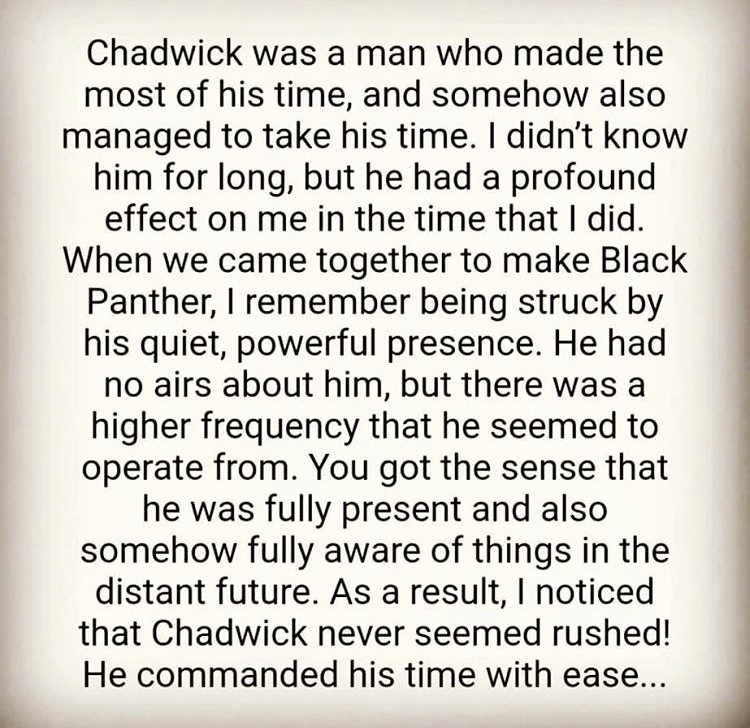 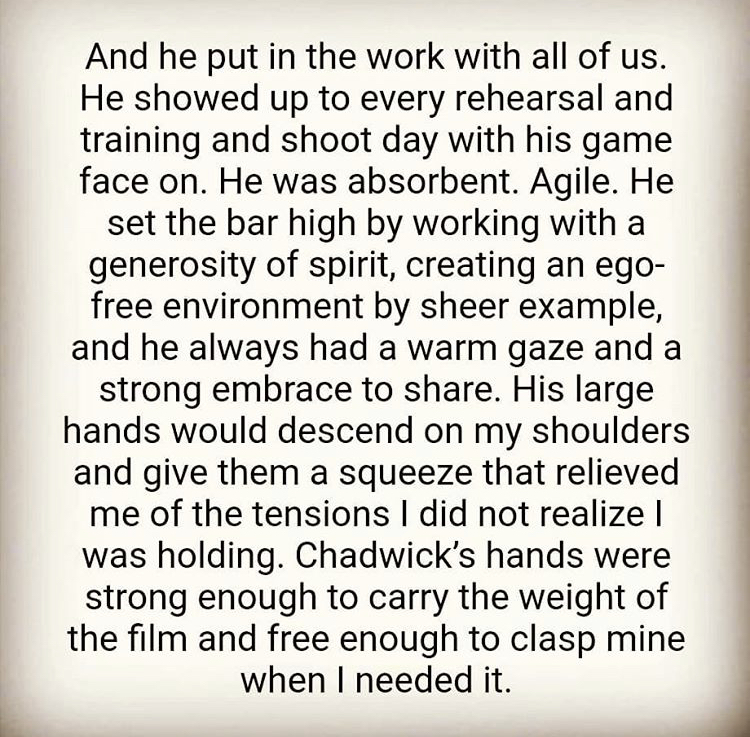 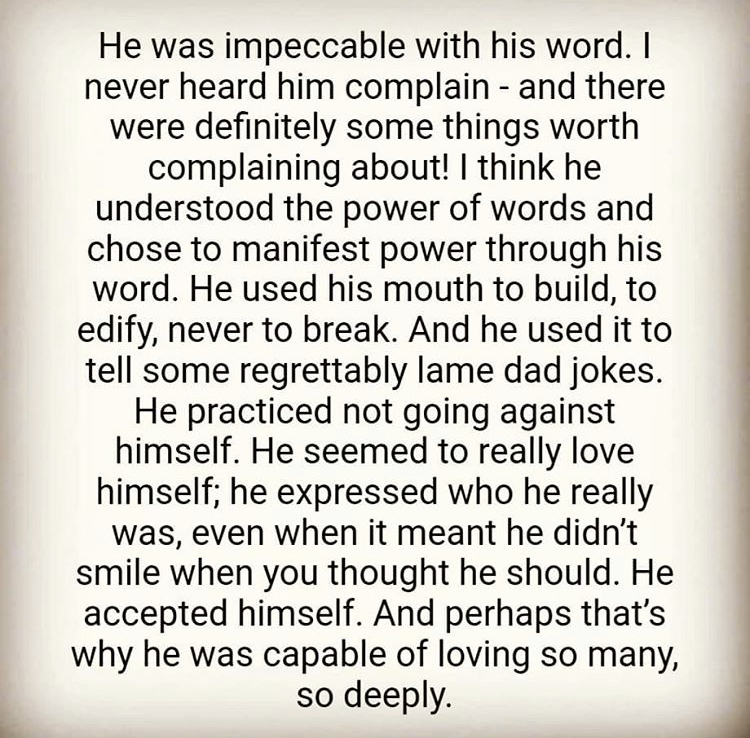 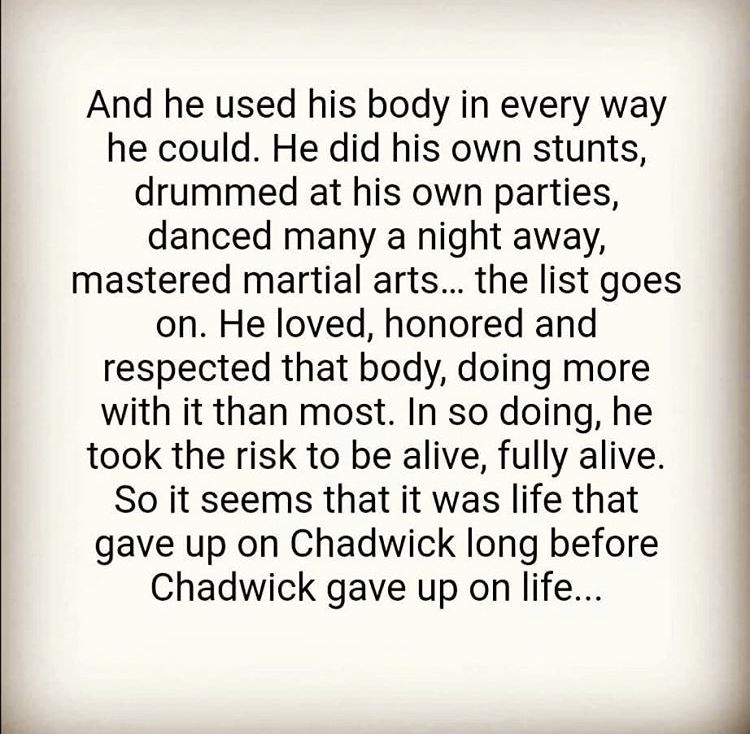 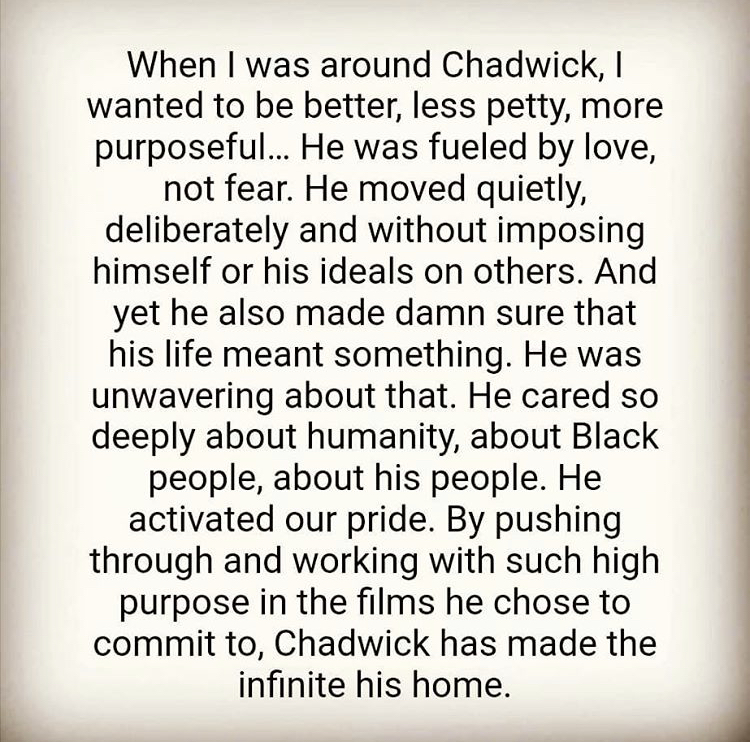 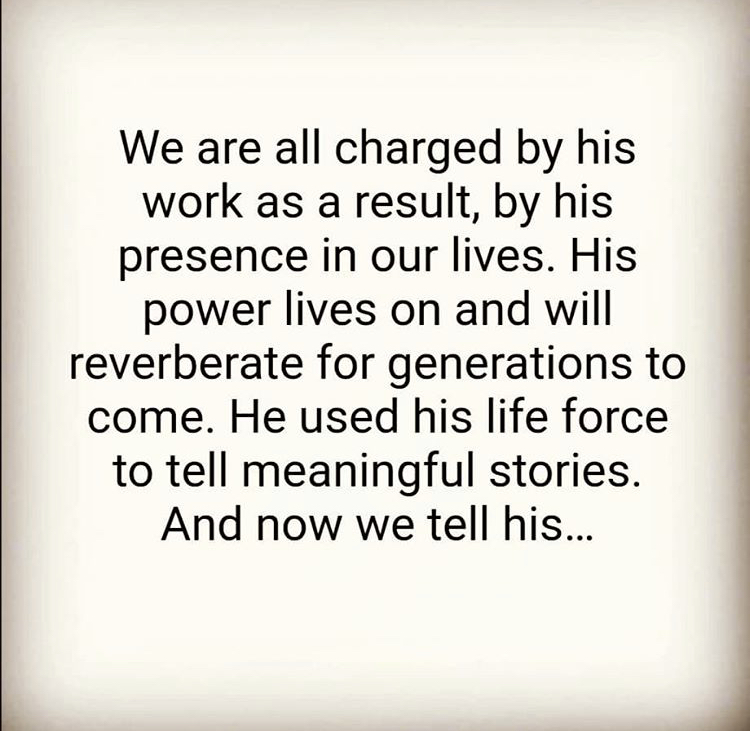 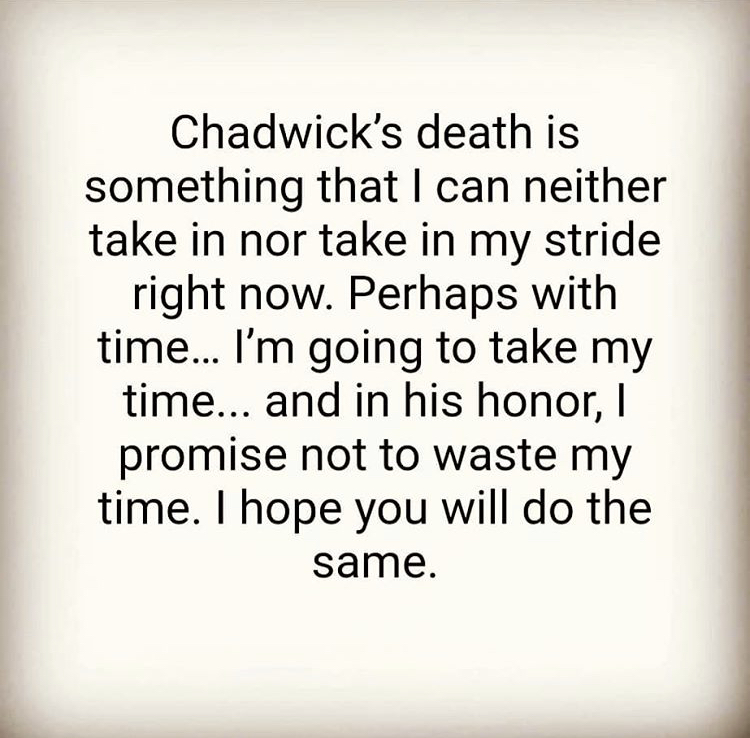 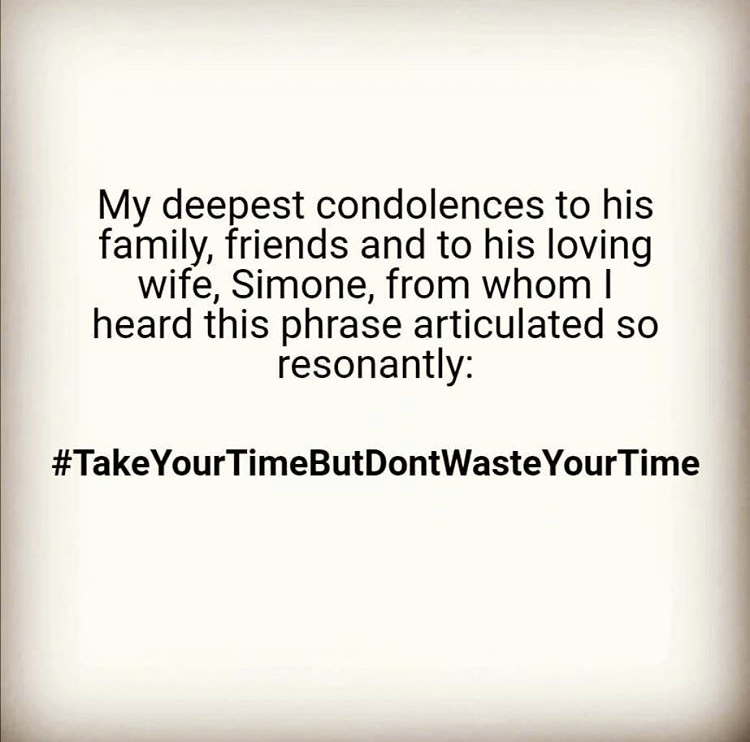 Marvel Will Not Recast Chadwick Boseman’s Role, T’ Challa In…