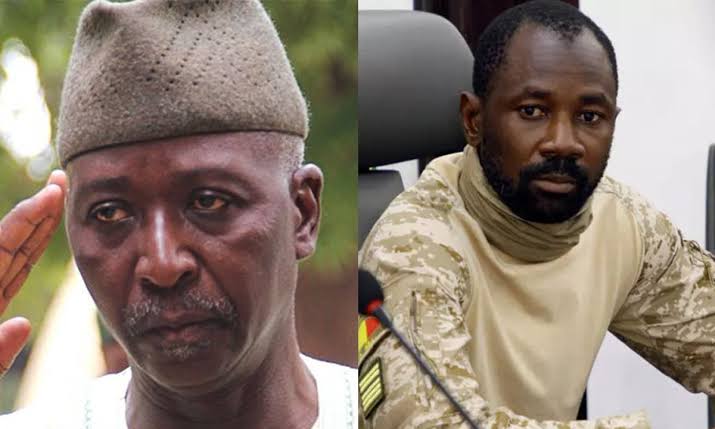 N’Daou will oversee the 18-month transition period in which election is expected to be conducted to usher in a new democratically elected government in Mali.

Mali’s junta leader, Colonel Assimi Goïta will also be the Vice President of the transitional government, as announced in Mali’s state television.

N’Daou and Goita were appointed by a group electors chosen by the junta, according to Reuters.

According to a plan backed by the military leaders, the new president is meant to lead the country for months before staging elections and returning Mali to civilian rule.

On August 18, 2020, elements of the Malian Armed Forces began a mutiny. Soldiers on pick-up trucks stormed the Soundiata military base in the town of Kati, where gunfire was exchanged before weapons were distributed from the armory and senior officers arrested.

Tanks and armoured vehicles were seen on the town’s streets, as well as military trucks heading for the capital, Bamako. The soldiers detained several government officials including the President Ibrahim Boubacar Keïta who resigned and dissolved the government.

This was the country’s second coup in less than 10 years, following the 2012 coup d’état.

The Economic Community of West African State (ECOWAS) had mounted pressure on the military junta to announce an interim government, which was later consented to.

It was unclear whether the arrangement would satisfy ECOWAS, which last week threatened to step up economic sanctions and impose a total embargo on landlocked Mali if its conditions were not met.

‘I Am So Sorry’ – Ellen DeGeneres Publicly Addresses Toxic Work Environment Allegations On Her Show For The First Time, Promises New Chapter