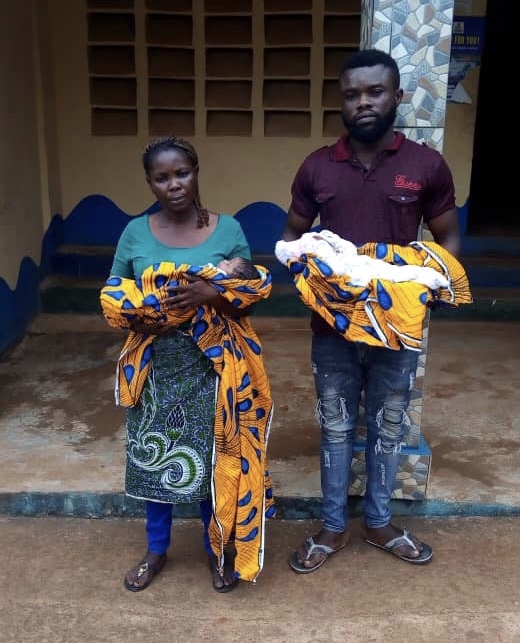 Police in Anambra state have arrested a 31-year-old man, Chijioke Chukwulota, pictured above, for selling his set of twins born to him by his former girlfriend.

The suspect, a native of Imo but resident in Nnewi, Anambra, was said to have impregnated his ex-girlfriend who put to bed a set twin baby girls which he allegedly sold.

According to a statement released by the spokesperson of the state police command, SP Haruna Mohammed, Chijioke lured the lady to his home on August 8 and stole the children (twins baby girls) aged about two months.

Haruna said the suspects have been arrested and the children recovered in good condition.

He stated that investigation was ongoing into the matter and that the suspects would be brought to book soon.

The Suspect lured his ex-girlfriend whom he allegedly impregnated and stole the children (twins baby girls) aged about two months on the 4/8/2020 after she gave birth to them through a cesarean section and sold same children to one Tina Ibeato ‘f’ aged 31 years of Imo State at the rate of one hundred and fifty thousand(#150,000) only.

Meanwhile, both the two suspects have been arrested and the children recovered in good condition. The investigation is ongoing after which the suspects would be brought to book.