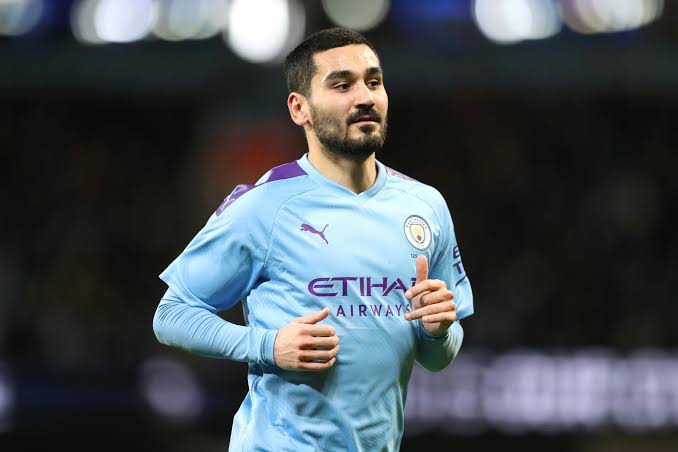 Manchester City midfielder, Ilkay Gundogan has tested positive for coronavirus ahead of their Premier League opener against Wolves.

City announced the positive result on Monday morning, September 21, ruling the former Borussia Dortmund star out of today’s clash as he will now enter a 10-day isolation period.

Gundogan is likely to miss three matches for City while he self-isolates, including Monday’s Premier League clash against Wolverhampton Wanderers, as well as Thursday’s Carabao Cup game against Bournemouth and Sunday’s league game against Leicester City.

A statement from City reads;

Manchester City FC can confirm that Ilkay Gundogan has tested positive for COVID-19.

Ilkay is now observing a 10-day period of self-isolation in accordance with Premier League and UK Government protocol on quarantine. Everyone at the Club wishes Ilkay a speedy recovery.

The German is the third member of Pep Guardiola‘s squad to test positive for the virus, following winger Riyad Mahrez and defender Aymeric Laporte.

Both players returned to training last week but City coach said only Mahrez would be available against Wolves.

Manchester City gave no further details of Gundogan‘s condition, only adding; “Everyone at the club wishes Ilkay a speedy recovery”.