Messi’s Father Hints That Son Could Stay At Barca 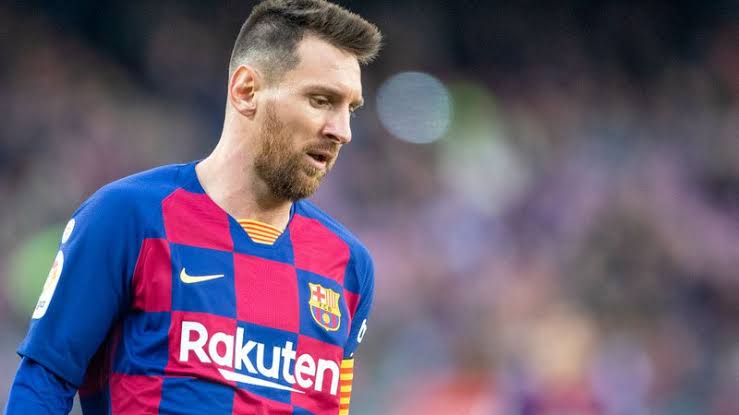 Jorge Messi, father and agent of Lionel Messi, has hinted that his son is considering the possibility of seeing out the final year of his Barcelona contract rather than forcing a move immediately.

Six-time Ballon d’Or winner had last week informed the club of his desire to leave Camp Nou after a disappointing season in 2019-20.

Barca failed to win a single trophy and was humiliated in the Champions League with an 8-2 quarter-final defeat to Bayern Munich.

Messi has a clause in his contract that allows him to leave for free at the end of each season, which could have be activated in June but the session was stretched to August due to coronavirus pandemic.

However, Barcelona insist that the only way the 33-year-old will be allowed to depart is through the payment of release clause, set at 700 million euros ($833 million) or until his contract expires on June 30, 2021.

The 33-year-old no longer considers himself a Barcelona player and did not turn up to the club’s COVID-19 testing on Sunday and subsequent start of training sessions on Monday.

In a bid to negotiate, Messi’s father and agent arrived in Barcelona on Wednesday, landing at the private terminal in El Prat airport on a flight from the Argentine city of Rosario.

According to local reports, club directors met with Messi Snr and his advisors for more than two hours on Wednesday, but neither party was willing to alter their stance.

Further negotiations are expected to be held in due course between Barcelona and Messi’s entourage, which also includes his brother Rodrigo.

In a video recorded by Spanish TV station Cuatro, Messi Snr when reporters asked if there is a possibility for his son staying in the club for another season, he simply replied “yes”.

The video was captured as Jorge Messi pulled into a parking garage reportedly for another day of meetings with the family’s lawyers.

The pending controversy is 700-million-euro ($833 million) release clause, a stance that has been backed up by La Liga, who said that release clause still applies to Messi’s exit from the club.

However, Messi and his lawyers argue he is allowed to go for free this summer, according to another clause in his contract, which they claim was triggered on August 25 when a fax stating Messi’s intention to leave arrived at Camp Nou.