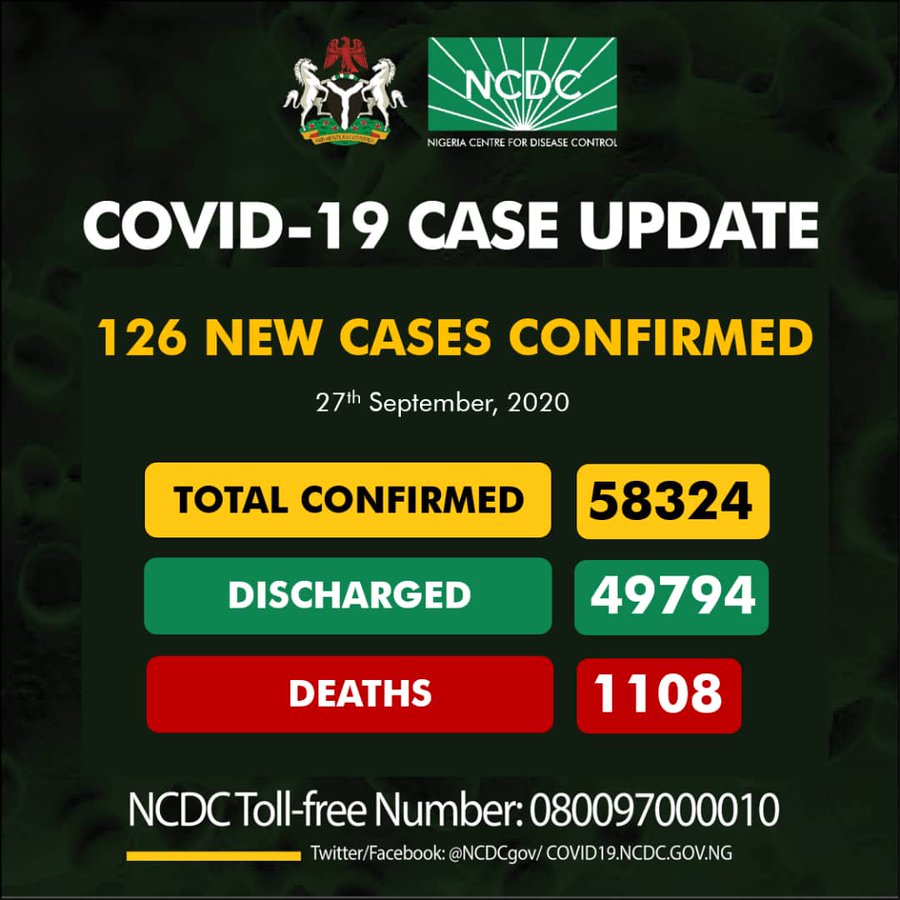 Nigeria Centre for Disease Control (NCDC) has announced that 126 new cases of the coronavirus infection, 72 recoveries and 2 casualties have been recorded in the country.

The health agency disclosed this known on Sunday, September 27 via its official twitter handle.

NCDC in its latest report added that the new cases were reported from 12 states of the federation.

Also, overall samples tested nationwide, have grown from 502,545 to 505,556 according to NCDC‘s September 26 situation report.

The #COVID19Nigeria situation report for 26th September, 2020 has been published.

Our daily #COVID19 situation reports provide a summary of the epidemiological situation & response activities in Nigeria.

In other news, NCDC has announced that two new labs have been activated for inclusion in its Molecular Lab Network.

According to NCDC, testing at any lab in its agency’s network is free of charge.

Two new labs have been activated for inclusion in the NCDC Molecular Lab Network:

Testing at any lab in the NCDC network is FREE of charge. pic.twitter.com/hNK2ShnHCd