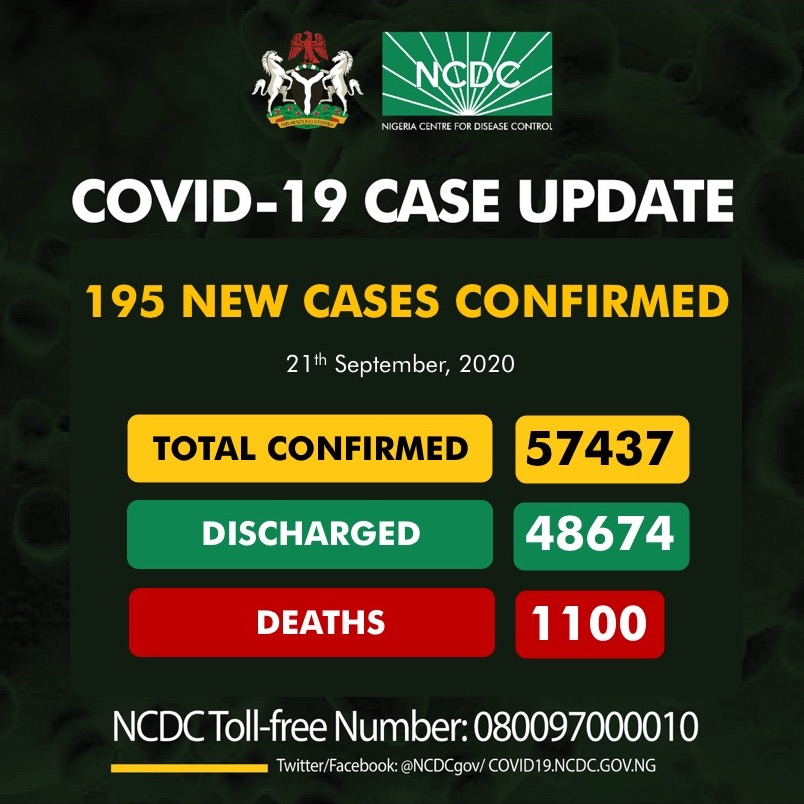 With the newly recorded infections, there are now 57,437 total cases, 48,674 discharged and 1,100 fatalities across the country.

Also, NCDC in its latest situation report has revealed that overall samples tested nationwide have increased from 479,628 to 480,874 as at September 20.

In other news, the Nigeria Centre for Disease Control (NCDC) has warned that though the country has recorded a decline in the number of COVID-19 cases, it was not yet celebration time as Nigeria has not tested adequately and therefore risks a resurgence.

Dr Chikwe Ihekweazu, Director General, NCDC, said this at a briefing by COVID-19 Presidential Task Force on Monday in Abuja.

Ihekweazu stated that the country recorded a 36 per cent decline nationally in August, compared to July, while the positivity ratio dropped from 20 per cent in June to 7 per cent in July.

According to him, the only states that can confidently celebrate a decline in cases are Lagos and Kano, as well as the FCT, because they have tested high numbers, but the same cannot be said at the National level because some states are not testing.