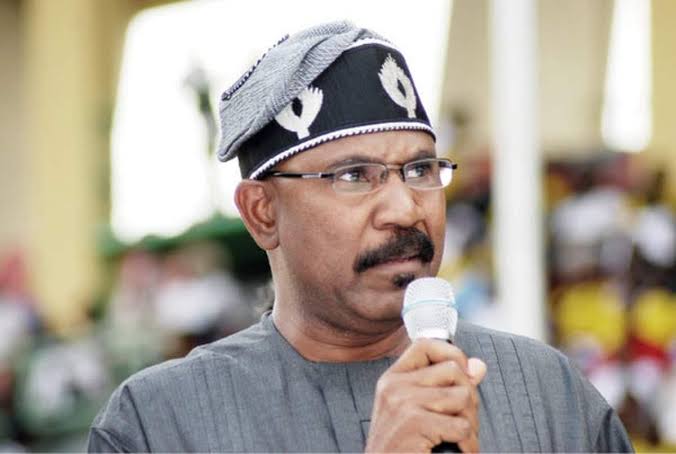 Minister of State for Health, Dr. Adeleke Mamora has on Thursday announced that the Federal Government was yet to receive the Russian vaccine for COVID-19 pandemic.

MDB reported that Russia’s President, Vladimir Putin had in August announced that it had produced the first batch of its COVID-19 vaccine, dubbing it as the world’s first approved vaccine.

The Russian vaccine is called “Sputnik V” after the Soviet-era satellite that was first launched into space in 1957.

It would be recalled that on September 4, Russia’s Ambassador to Nigeria, Alexey Shebarshin, visited the Minister of Health, Osagie Ehanire in Abuja and it was reported that samples of the vaccine were received by the Federal Government.

Also present during the visitation were the Minister of State for Health, Olorunnimbe Mamora; top management of the Health Ministry and other Nigerian Scientists.

However, in a new development, Mamora has stated that the Ministry of Health only received a memoir, which is simply a diplomatic document informing Nigeria of what Russia is working on.

He made this known during the briefing of the Presidential Task Force on COVID-19 in Abuja.

The Minister further explained that the Russian vaccine is still in the third phase of a clinical trial, and will still be evaluated for safety and efficacy by the National Agency for Food and Drug Administration and Control (NAFDAC) and the National Institute for Pharmaceutical Research and Development (NIPRD), before being used by Nigerians.

The Federal Government has reiterated that the country has not received the Russian vaccine yet; only a memoir was communicated by the Russian Ambassador to Nigeria. It stated that the vaccine is not ready for use yet, as it is still in the third stage of trials.

Some of you must have heard some days ago that the Russians supplied us with some vaccines, this is absolutely false. The Russian Ambassador to Nigeria visited in the company of the deputy head of mission, and all they did was to just bring a memoir – which is a kind of diplomatic communication to let us know that they are working on the vaccine and it is still in the third phase of the clinical trial.

According to the Minister;

The third phase is the last phase where you will now have thousands volunteer being administered with the vaccine. That does not end the process; they still have to be followed up for about a year to see whether complications or side effects will manifest.

So, at this point in time, that vaccine is yet to get to that stage, talk less of being released even in Russia. Even when the vaccine is ready at all, it will still be subjected to our own processes here. That is why we have NAFDAC and NIPRD.