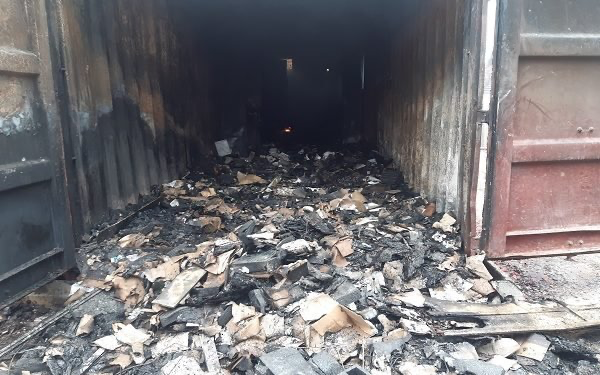 Independent National Electoral Commission (INEC) has said it had replaced over 5000 smart card readers that got burnt at its Akure office early September.

Chairman of INEC, Prof Mammud Yakubu, stated this on Wednesday in Akure in a chat with newsmen during his three days working visit to the state.

It would be recalled that about 5,141 smart card readers meant for the governorship election were burnt in the inferno that occurred on September 10.

According to Prof. Yabuku, the visit was to have on-the-spot assessment of the level of preparedness of the commission ahead of the October 10 governorship polls.

While stressing that the governorship election in the State will be hitch-free as witnessed in Edo State last Saturday, Yakubu maitainted that the commission had made provision for the card readers from other States and they have been configured ahead of the polls.

They have already been delivered to Ondo state and that have been charged and configured and ready for the election on October 10 governorship election in the state.

Yakubu explained that he was in the State to meet with the Resident Electoral Commissioner, REC, Ambassador Rufus Akeju and Head of Departments ahead of the October 10, Governorship Election in Ondo State.

He also stated that during the visit, he would interact with all the stakeholders in the election, including traditional rulers in the State to ensure the success of the election.