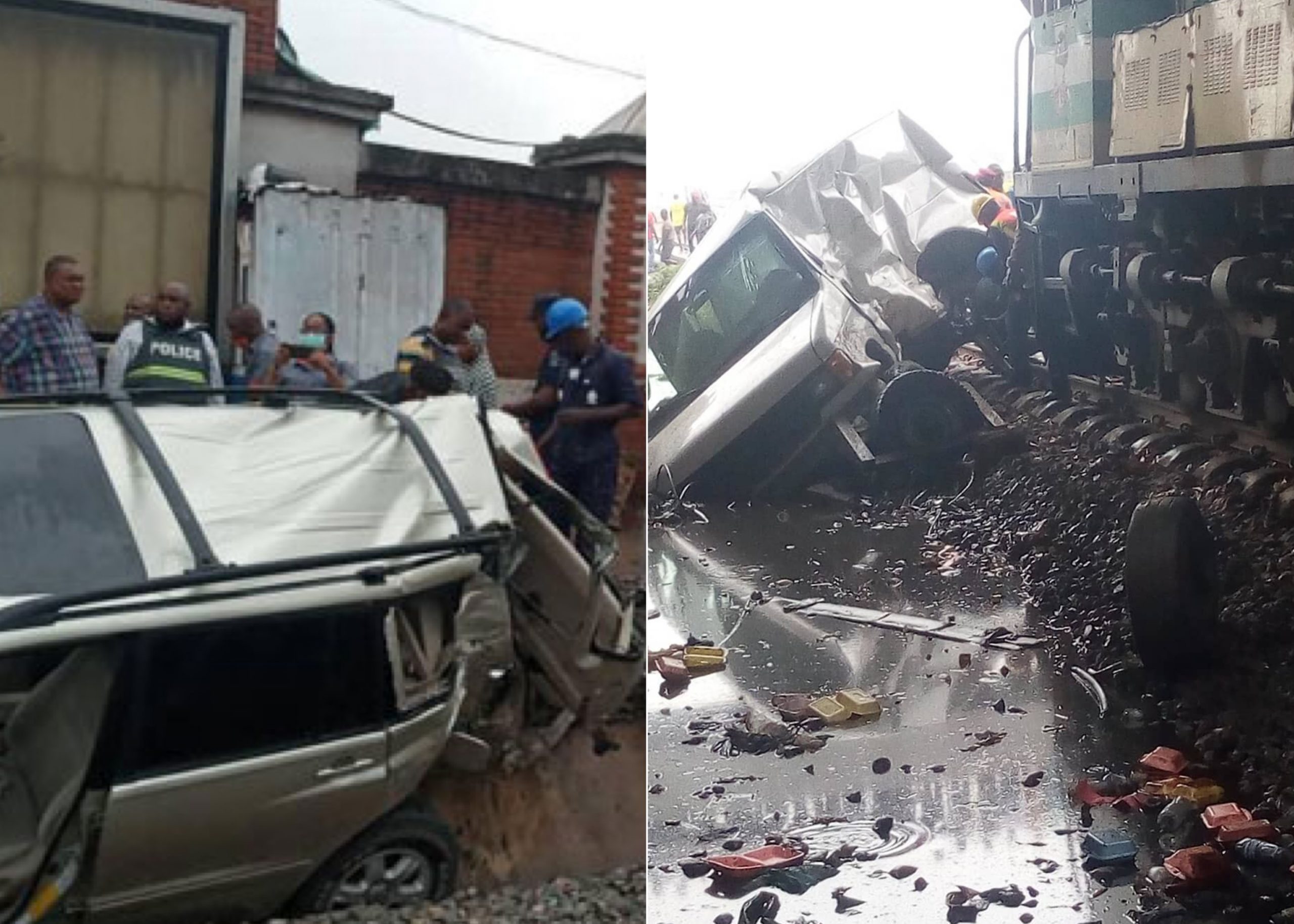 A train accident that occurred at Oshodi in Lagos state on Monday morning has claimed the lives of a father and son.

MDB earlier reported that a moving train crashed into two vehicles at Oshodi on Monday morning.

According to a statement signed by Gboyega Akosile, the chief press secretary to the Lagos State governor, the victims were heading to the Oshodi shopping arena before they were caught up by the speeding train.

Two persons reportedly died in the accident, which occurred along the driveway into the Nigerian Army Shopping Arena in Oshodi.

The victims, a father and son, were said to be driving into the shopping arena when they were caught up by the speeding train. Their Highlander Jeep got stuck on the rail track.

Persons in the other vehicle – a passenger bus – escaped with different degrees of injuries after the train dragged the commercial bus 800 meters away from the point of collision.

The Governor’s spokesperson released the statement following the visit of Governor Babajide Sanwo-Olu along with the minister of transportation, Rotimi Amaechi.

During an on-the-spot assessment of the site, Sanwo-Olu sympathised with the families of the victims, noting that the accident was regrettable.

Sanwo-Olu added that the state government and the Federal Government had reached an agreement to close the shopping complex’s gates at the railway line because of safety concerns.

This incident is regrettable because it happened on the day all stakeholders reached a consensus to close down the gates into the shopping arena. And this is part of the concerns we have been raising about commuters’ safety on this axis. We need to act fast. This fatal accident should strengthen our resolve to do the needful and prevent a repeat of the sad incident in the future.

It is also a clarion call on our people to be safety conscious whenever they need to drive across the rail tracks. If there is slow movement of vehicles at any railway bypass, then there is a need to keep a safe distance from the rail tracks.

We have been rolling out advocacy on this and we will intensify efforts on it. Safety of the people is paramount and we will do all required to ensure we put a stop to this kind of accident.

He added that alternative entry and exit driveways for the shopping arena and other vulnerable points along the railway corridor will be created.