Why Chioma And I Are Yet To Get Married – Davido Opens Up, Speaks About Music, Fatherhood, Mum’s Death (video) 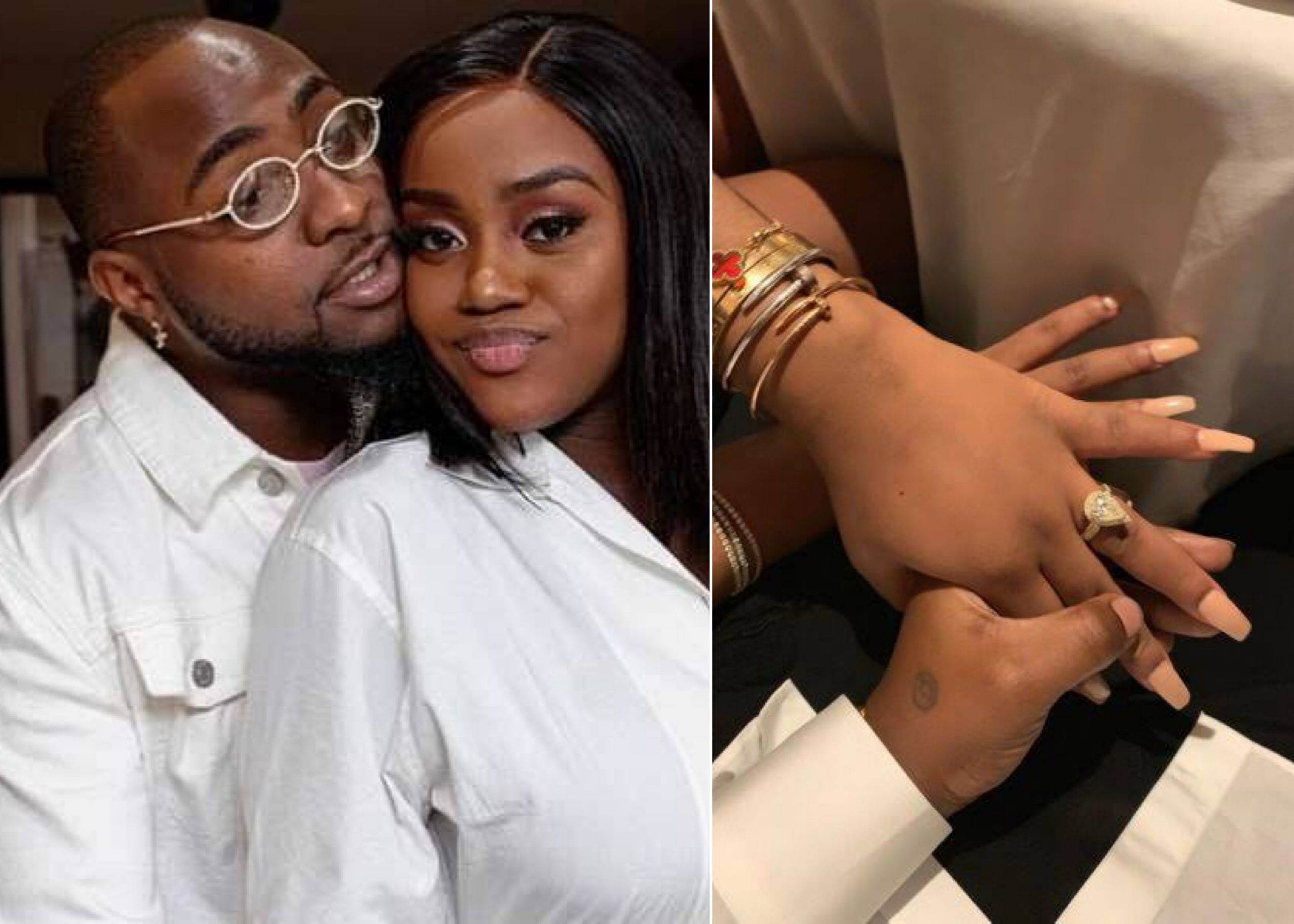 Music star, David Adeleke better known as Davido, has revealed why he is yet to get married to Chioma Rowland, his fiancée and mother of his son, Ifeanyi.

Davido, 27, who opened up in an interview with Ebuka Obi-Uchendu on Bounce Radio live, said their highly-anticipated wedding will now hold in 2021 as the coronavirus pandemic disrupted the ceremony which was to hold in July this year.

The singer, who popped the question to Chioma in September 2019, 10 days after their families had an introduction in Lagos state, has been quiet about their relationship for a while now, which left fans worried. 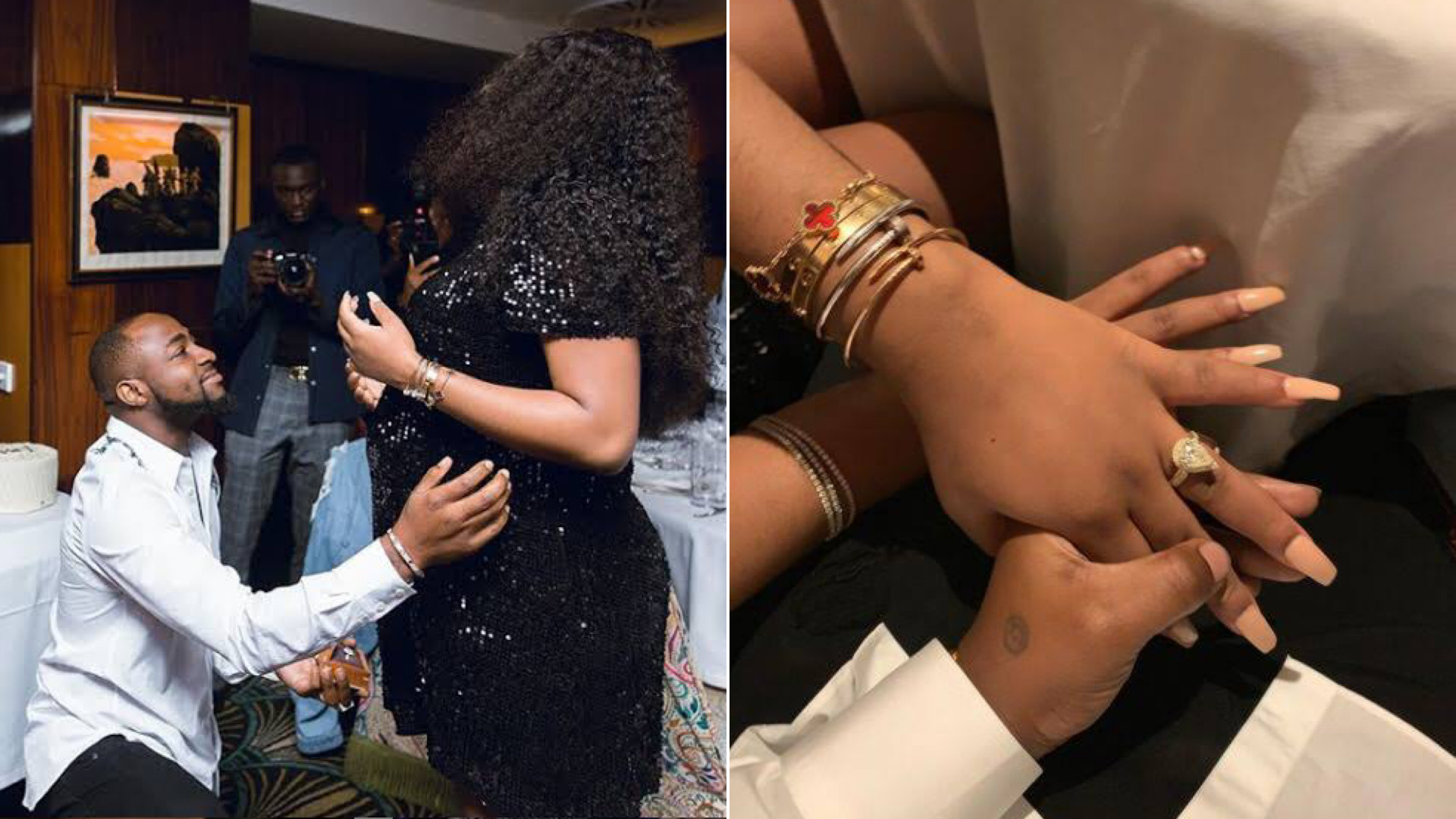 This later sparked rumors earlier in the year that the lovers had parted ways over infidelity, but Davido debunked this claims in the interview.

Honestly, coronavirus messed plans up because it was meant to be in July. I have decided it will be some time next year. For now, I want her to work on her business while I work on my album and the kids. I want everything to balance first.

In the interview, Davido also opened up about their love story and why his heart belongs to Chioma.

I have known Chioma for about seven years. We have been dating for about five years. Lati introduced me to Chioma. We went to the same school, Babcock University. We started as friends but I got so used to her and she got so used to me as well. She is a great cook as well.

He dug deeper talking about fatherhood, life and his late mother’s impact on his music.

The ‘FEM’ singer has two daughters, Imade and Hailey from his former lover, Sophia and Amanda, respectively.

The singer stated that although it has not been easy making the women in his life happy but that as a man, he has found a way of maintaining balance in his home as he treats everyone equally.

At the end of the day, all my kids are equal. Once I have a kid, everybody is equal. Before I had kids, I was obviously friends with their mothers. Nothing is perfect. I am not going to say that we do not argue or we do not fight, it happens, but the love that we all have for our kids comes first.

Imade and her sister talk almost every week. Their mothers ensure that they speak almost every week. Some days ago, Imade was with Ifeanyi in their grandfather’s house. It is not easy, but at the end of the day, as a man, you have to make everybody happy. You just have to be responsible and know what you have to do. Before I engage with anybody I would have known that you are reasonable whether we planned for it or not.

Davido also shared details about his mother’s death in the interview, saying she died of cardiac arrest.

I was about 10 to 11 years old when she died. She died on my father’s birthday. Honestly, it was just cardiac arrest. Even if it was going to happen, I would not have known because I was about 10 or 11 years old. She was not really sick. She used to get sick once in a while but it was nothing serious. I often say that I see my mother in Chioma. I did not grow up with my mother. I can hardly remember what happened when I was that young.

This is Davido’s first interview since his return to social media after about 4 months.

We Will Reopen Eko Bridge In October – Fed Works Controller

Davido’s Ex-PA, Aloma Claims He Was Offered N100 Million To…