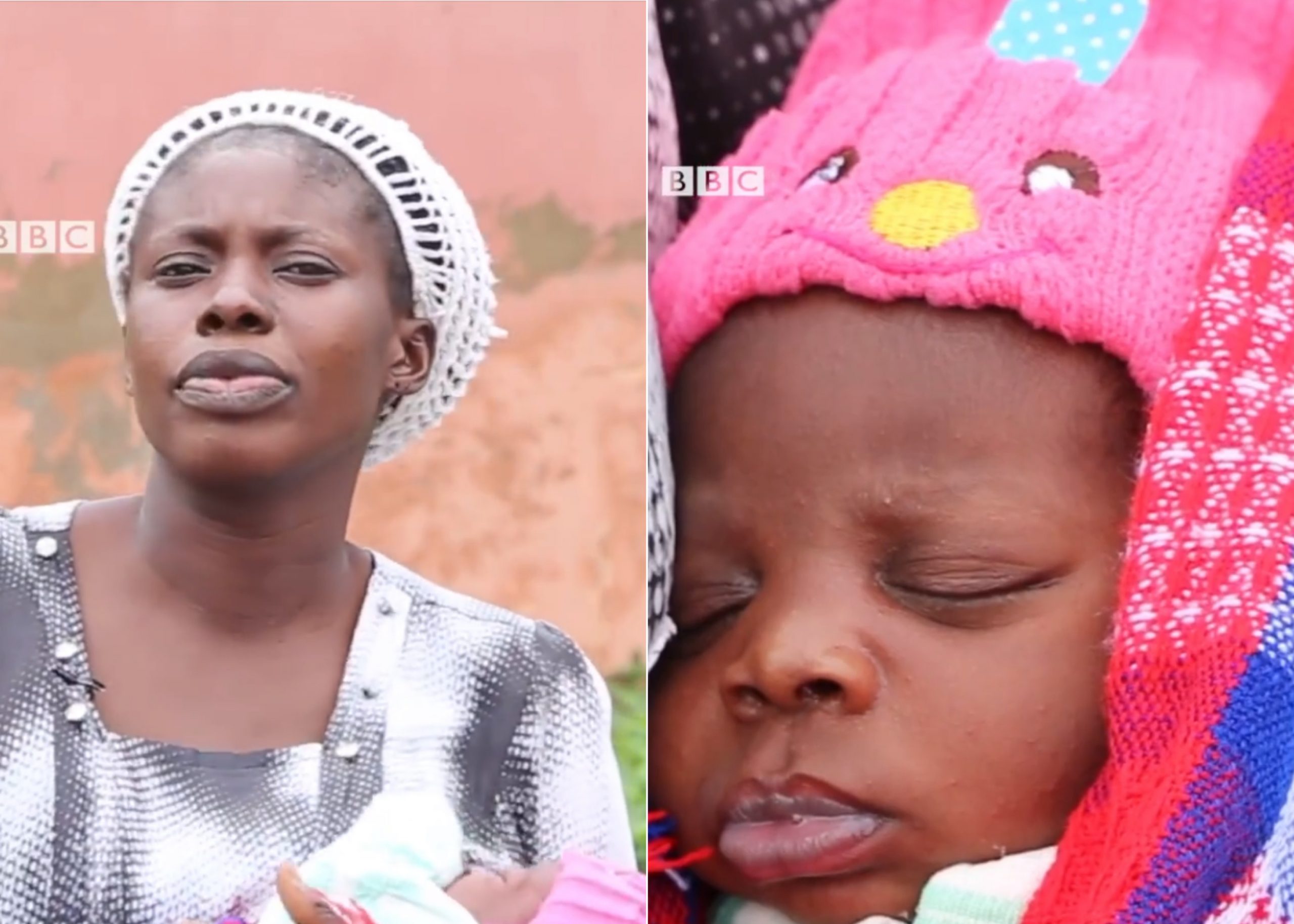 Dupe Alabi, a single mother of five, who was recently apprehended for dumping her newborn baby shortly after delivery in Ogbomosho, Oyo state, has opened up on why she took the drastic step.

In a chat with BBC Yoruba, Dupe said many years ago she got married to her first husband, a carpenter, with whom she had her first child in Odo Oba, Oyo state. However, they had a big fight and she left the marriage when their child turned seven.

She revealed that she moved out of his house to Ogbomosho where she started working at a canteen.

She noted that during this period, she always refused his advances since she was already married to another man.

Dupe said her second husband left their matrimonial home and moved in with another lady after he found that her first husband was making advances at her and threatening to take her back.

She expressed that her second husband left her with three children and no source of income.

Dupe, who was speaking in tears, narrated that she had to return to her parents’ house with her three children and began to hawk some items just to make a living.

She said her second husband refused to provide money for the upkeep of their children.

According to her, her first husband called her on a particular day and informed her that he was willing to take her back as his wife with all her children.

According to Dupe, her first husband promised to take care of all her children including those from her second marriage.

The distraught mother said she returned to him and had another child for him. According to her, they had another disagreement when he asked her to return the children from her second husband to him.

When the demand became too much, she moved out of his house with her four children – two kids each from both marriages

Dupe said a year and a half later, her first husband called her and asked her to come and collect some money for the upkeep of his children.

The woman said she met up with him but they had sex and it resulted in her fifth pregnancy. She noted that when she realized she was pregnant, she reached out to him and he denied owning the pregnancy.

Ashamed and confused as to how to take care of five children without a steady source of income, Dupe said she made up her mind to hide her pregnancy and dump the baby after she gives birth.

She stated that she always denied being pregnant when people who saw her asked if she was pregnant.

On August 11, when I had my baby, I did not not inform anybody. While I was having contractions, I went to the back of an abandoned building close to Akala Hospital in Oke Elerin. People go into the abandoned building to defecate and then throw it away.

Then I hung around to see if anybody will carry the baby and hope that nobody will guess that I was the one who dropped the child.

After the baby was carried, I left for home. At about 8pm, I returned to my house. When I greeted them in my house, the husband of the woman who brought me to where I reside, surprising asked if I wasn’t the one who gave birth and dumped the baby.

I wanted to deny but the man told me that my baby was in Akala hospital and that my mother is around and that everyone had been looking for me since morning. That was when I couldn’t say anything anymore. I began to cry and I couldn’t deny the fact that I wasn’t the one that dropped the baby there.

The Local government chairman in Ogbomosho Central, Adeyinka Remi Oluwaseun, has taken over the upkeep of her baby and has also promised to provide her with a job within the council.