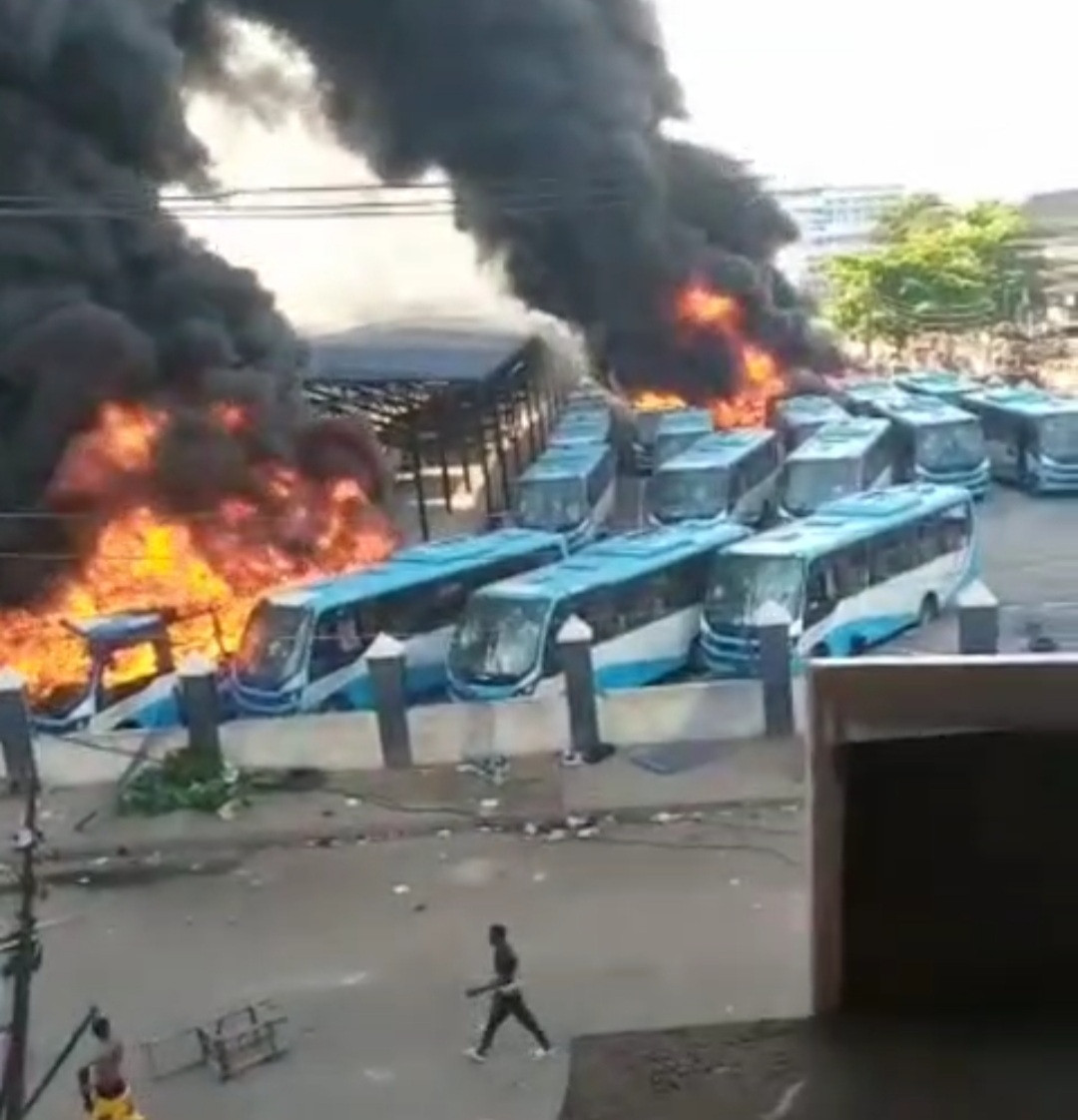 The eyewitnesses said there is tension in the area as one of the residents simply identified as Okanlawon, said two persons are feared dead.

Markets cannot open. We heard two people have died The hoodlums are angry. We are hearing gunshots’ sounds. Nobody can go out.

Another resident, AnuOluwapo, expressed that there were heavy gunshots at Adekunle Bus-Stop inward Third Mainland Bridge.

All these were captured in videos shot by eye witnesses in the area even as they run for safety.

The leader of the local vigilante team in the area, Agbodemu Ishola, said;

When the news of police stations being burnt spread yesterday, some of us, including NURTW team and mainland security, met with the boys and pleaded with them to ensure that Lagos Mainland is crime-free. They agreed and promised to protest peacefully.

It was after the meeting that they heard about shootings at Lekki toll gate and they began to mobilise this morning.

They said they are angry that their friends were shot. They asked the police to go back to their stations and drop their guns. We pleaded with them.

They threw bottles and other weapons at us. They wanted to attack Denton Police Station but they couldn’t penetrate. The Local Government Secretariat was attacked. They damaged a school. They destroyed over 100 BRT buses. They burnt the terminal.

They wanted to attack Adekunke Police Station but officers repelled them. That is why there were heavy gunshots. Two vigilantes have been shot. We are in the hospital.

Police just shot a man at Oyingbo! The people had to put his corpse in Wheelbarrow! Tf, Nigeria!