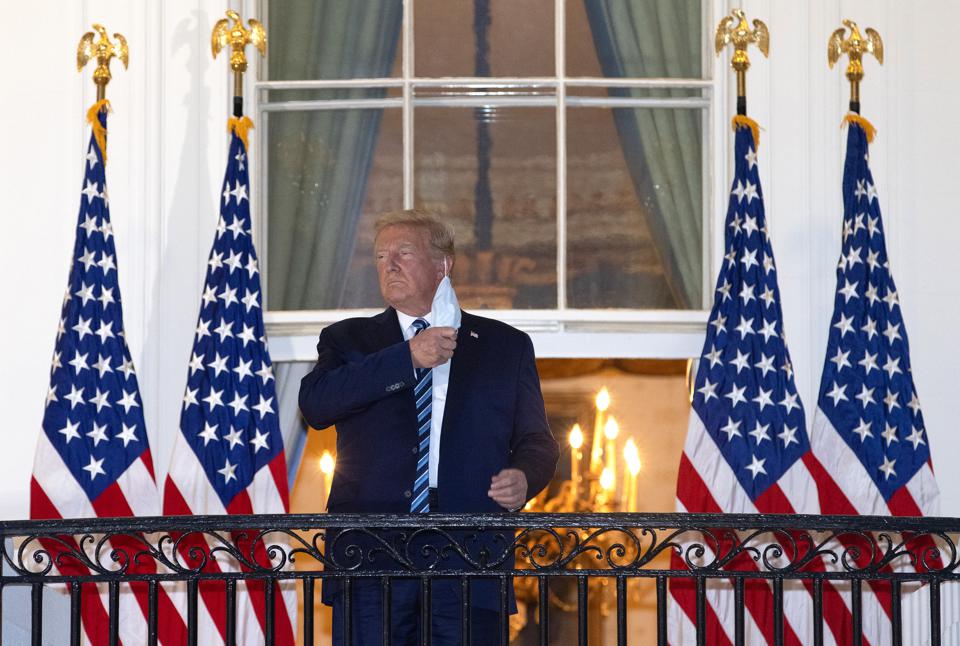 President Donald Trump has checked out of the hospital on Monday, October 5 after four days of emergency treatment for COVID-19.

The US President on getting to the White House pulled off his mask and vowed to quickly get back on the campaign trail for the fast approaching presidential election.

Shortly beforehand, Trump had tweeted that Americans, who have lost nearly 210,000 people to the virus, have nothing to fear – but it was quickly flagged down by Twitter for violating rules.

Trump’s statement, declaring himself rejuvenated and telling Americans “don’t be afraid of Covid,” came hours after his own chief spokeswoman tested positive for the virus — the latest in an outbreak raging within the White House.

Other positive cases close to Trump now include his wife Melania, aide Hope Hicks, campaign manager Bill Stepien, two of McEnany’s assistants according to US media, and more than half a dozen others from the president’s circle.

Live on television, Trump walked in a mask to a limousine, giving the thumbs up, before boarding Marine One helicopter for the quick flight to the White House — which he left on Friday after falling ill.

After landing, he walked up the steps onto the South Portico’s stately balcony, demonstratively removed his mask and offered a 23-second salute to the departing Marine One. 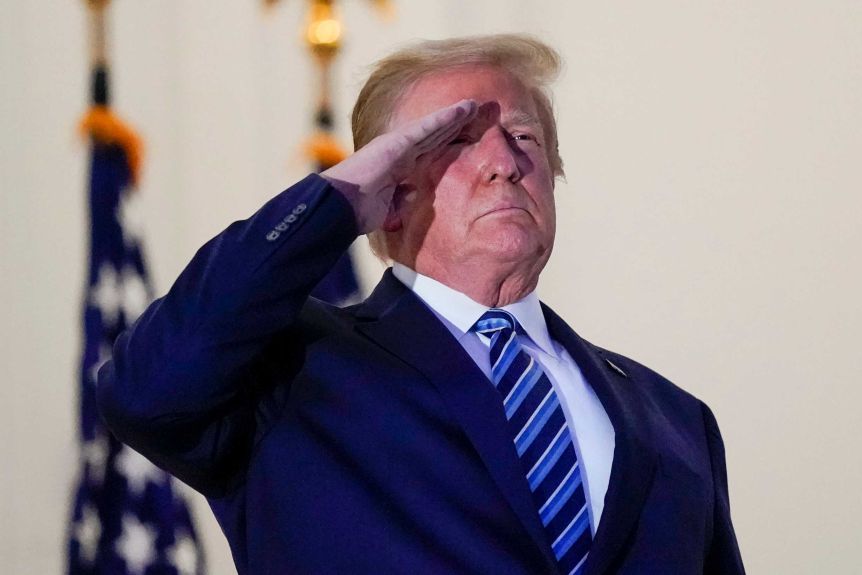 With less than a month until Election Day on November 3, polls show Trump trailing Democrat Joe Biden. The president’s hospitalisation left him scrambling even harder to catch up.

The 74-year-old Republican has been doing everything to try to project strength and confidence since his hospitalisation.

The return to the White House was apparently to show he is physically fit, while a series of striking tweets demonstrated Trump’s coming angle of political attack: that he personally beat Covid and will now lead the country to its own comeback.

And despite declaring he is in good health again, a combination of secrecy, conflicting information from officials and the viral spread among his own circle damaged his credibility.

In a briefing at Walter Reed hospital where Trump was hospitalized, presidential physician Sean Conley said Trump is “back” but that he would not be “entirely out of the woods” for another week.

Despite Trump’s characteristic claim that COVID-19 should not be of major concern, polls show it is a huge worry for Americans. His widely panned handling of the crisis this year is also reckoned to be the main reason 77-year-old Biden, is surging in polls.

As at the time of filing this report, the United States has the biggest reported toll of any country in the global pandemic – 7,679,644 infections and 215,032 deaths.

COVID-19 Denier Dies From The Virus After Hosting Illegal Gatherings, 12 Others…

Over 1,000 Test Positive For COVID-19 At India Religious Festival