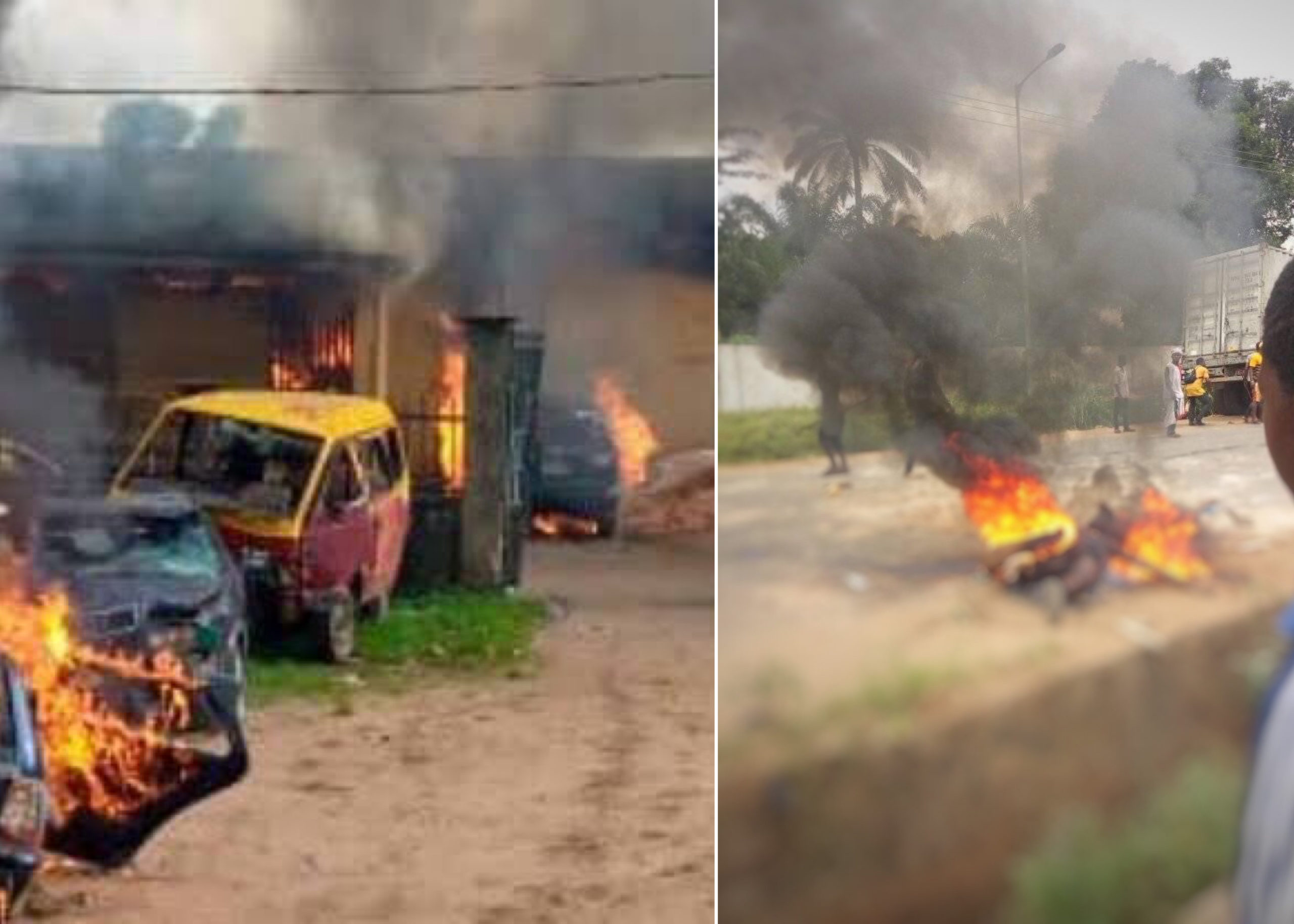 Anambra state police command has released a statement on Friday giving account for the degrees of damages done in the state after a wave of attacks rocked the police formations between Tuesday and Thursday.

The the release by the state’s Public Relations Officer, SP Haruna Mohammed showed that 21 police divisions have so far been attacked by hoodlums who disguised as #EndSARS protesters, while seven of them were burnt.

In the press release titled: UPDATE ON ATTACKS BY HOODLUMS ON POLICE FORMATIONS AND OTHER GOVERNMENT FACILITIES IN ANAMBRA STATE, the state police commissioner, John Abang appealed to all Anambra residents to remain calm and desist from actions that can further aggravate the situation.

On the 21/10/2020 at about 11:30pm hoodlums in large number under the guise of “End SARS” protesters attacked Nnewi Police Station, set it ablaze and vandalized patrol vehicles and other exhibits but were prevented from assessing the armoury to cart away arms due to strong resistance placed by policemen on duty.

Similarly, on the 22/10/2020 between 3:30 am and 5:pm, the hoodlums in large number equally attacked Nnewi Area Command, 3-3 Division, Ogbunike/ Isiuwulu, Nnobi, and Itchy Divisions as well as the Peoples Club police post, burnt Police vehicles and set the facilities ablaze, carting away exhibits kept at the Divisions.

Meanwhile, one police officer was beheaded and burnt to ashes while three others sustained various degrees of injuries.

The injured police officers were rushed to the hospital for medical attention and they are responding to treatment.

He listed seven other police stations that the hoodlums attempted to attack, but were repealed, which include; CPS/Area Command Onitsha, Ogidi, Awada, Inland Town and B’Division Awka.

However, five persons were attacked in Onitsha and taken to the hospital for medical attention where three have been confirmed dead by the medical doctor while two others are receiving treatment.

The command thanked the state governor, Chief Willie Obiano, saying that he was responsible for the successes recorded in curtailing the protest.

It also praised youths of various communities who also stood firm to resist the destruction of police facilities across the state by hoodlums.