EndSARS: ‘Command Your Troops To Stand Down’ – Genevieve Nnaji Writes Open Letter To Buhari, Calls On Him To Address Nigerians Over Police Brutality 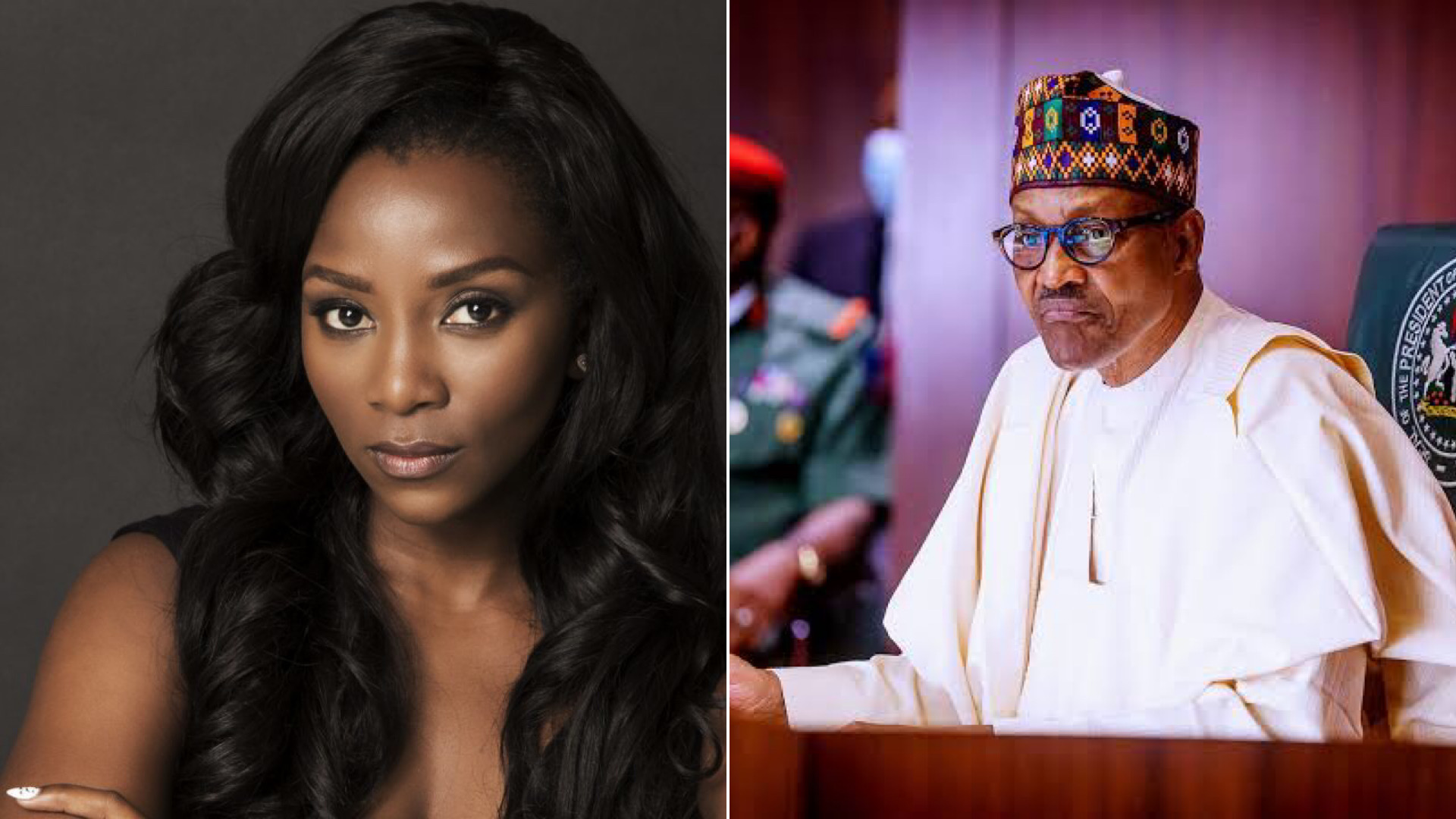 Genevieve Nnaji has written an open letter to President Muhammadu Buhari, calling his attention to the ongoing #EndSARS protest in the country necessitated by brutal and unlawful activities of Special Anti-Robbery Squad (SARS).

Nigerians renewed their agitations against police brutality on Saturday, October 3, 2020, after operatives of the Special Anti-Robbery Squad (SARS) allegedly killed a young man in Delta state and made away with his car.

As a unit of the Nigeria Police Force, SARS, which was established to address and kidnapping in the country, has on several occasion been linked to brutality, extortion and stigmatizing the youth as ‘yahoo boys’.

Nigerian youths has since taken to the streets of Lagos and other stated in the country protesting and demanding that the government scrap SARS as a police unit.

Posting the letter on her Instagram page, the actress/producer began by narrating her 13-year-old niece‘s encounter in the hands of officials of SARS.

She stated that the young girl was harassed for being in possession of a laptop – these officials often associate this to being cyber criminal (yahoo boys).

SARS officials are known for harassing youths for how they are dressed (tattoos, dreadlocks, colored hairs, crazy jeans) and how expensive their gadgets (iphone, Apple Watch, MacBook) or cars (Benz) are.

Genevieve called on Buhari to function in the capacity of a leader as a appointed, saying the country’s present state is a reflection of the President’s leadership and his two-term in office.

She also stated that she is getting “weary and tired of being optimistic about change”.

The mother of one pointed out that country is only an incubator for greatness and not a habitat, as it is a known fact that a number of success stories have emerged from the country but other nations take credit for it.

The world is clearly moving on. With or without us. What will your legacy be when it’s all said and done? I aspire for mine to leave a mark and not a scar.

Nnaji also called on President Buhari to publicly address the nation regarding the SARS operatives and their activities of oppressing citizens of the country.

She also called on Buhari to act and command his troops to “stand down“, adding; “Mr President, it’s time to lead”.

Read her open letter to the president below;

My niece was harassed by SARS for carrying a laptop. Her own laptop. She was slapped across the face for simply asking why her laptop was being seized. At only 13, she had to deal with police brutality. Complaints were made and nothing was done. No one is spared and we are all affected.

Mr. President, this is the current state of your country. The stability of a nation is largely dependent on leadership. And every head of house has one chance to build their legacy. Sir, you’ve had two. What our country is today is a reflection of your leadership. Your legacy.

I’m getting weary and tired of being optimistic about change but even then I can’t complain. I am one of the privileged few but that doesn’t mean that I get to give up now.So I will speak.

Mr President, it’s time to lead. I remain saddened by the fact that my country is only an incubator for greatness and not a habitat. The world is clearly moving on. With or without us. What will your legacy be when it’s all said and done? I aspire for mine to leave a mark and not a scar.

I urge you to speak to us because we are not mind readers. Your house is not in order and way far from stable. The people aren’t being empowered, neither are they being protected. Industries such as Entertainment and Technology that are currently boosting our economy and empowering the youth are being frustrated. All under your regime.

WE ARE NOT ALL CRIMINALS and shouldn’t be treated as such. If there is an increase in crime, it’s as a result of the increase in poverty. We honestly do not know the difference between the criminals and the law enforcers anymore. While there are clearly good people in the force, the bad ones are overshadowing them. The lack of value for human life in our country is disheartening and heartbreaking.

We would have less crime if we had more job opportunities. Criminals would be fewer and easier to catch. The police needs to be our friend and not our enemy. We need law enforcement to work with us and not against us. Contrary to what you may believe Mr. President, we are not lazy. We are under utilized.

Leaders will come and go, but we the people will remain. We will survive. We always have. But we won’t forget. Right now, your administration is standing in the way of our survival. If the country is unwilling to be great, the least you can do is let us be great by ourselves.

Mr. President, you are the Commander-in Chief. I plead with you to command your troops to stand down.

Enough is enough. We are better than this. #endsars #endsarsbrutality