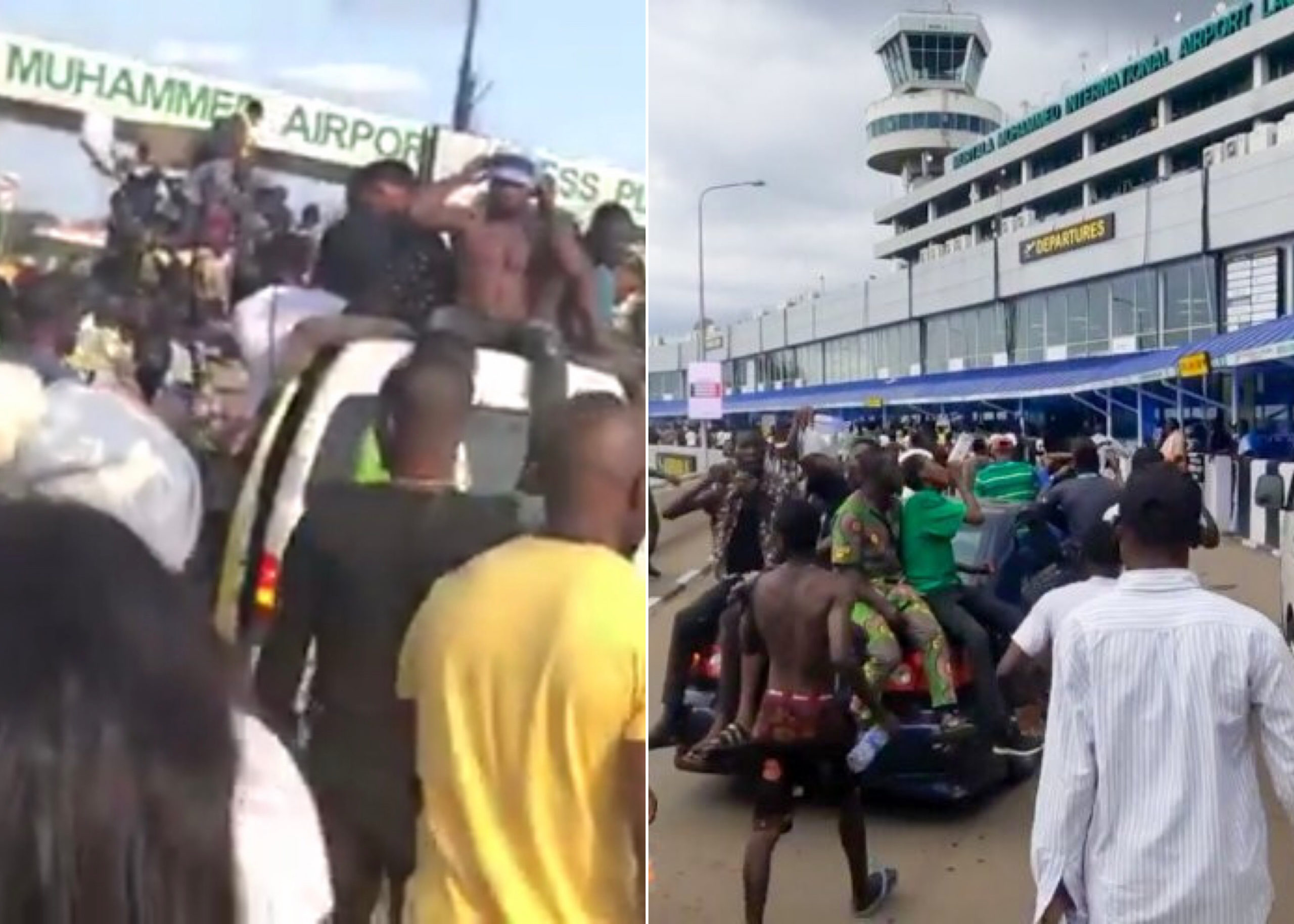 The protesters prevented movement in and out of the airport while they held placard as they chanted “EndSARS” “End police brutality”.

It was gathered that the protesters had earlier blocked the road leading to the airport.

Some Airport staff, who spoke with newsmen, said they had to turn back and return to their houses as a result of the development.

For several days now, many Nigerians have been on the streets across the country calling for a reformation of the Nigeria Police Force amid allegations of police brutality.

The protesters are also demanding the unconditional release of all detained protesters, punishment for erring officers as well as compensation for families of victims of police brutality in the country.

The protests were initially targeted at the Special Anti-Robbery Squad (SARS) but they have continued despite the dissolution of the unit.

The protesters have vowed that they will not leave the streets until they begin to see government implement some of their demands.

See more photos and videos showing the protesters at the airport below; 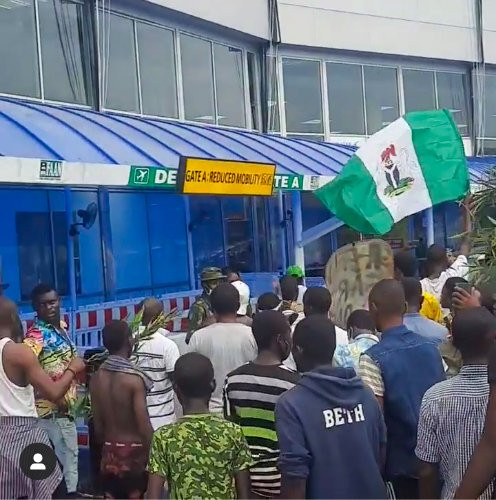 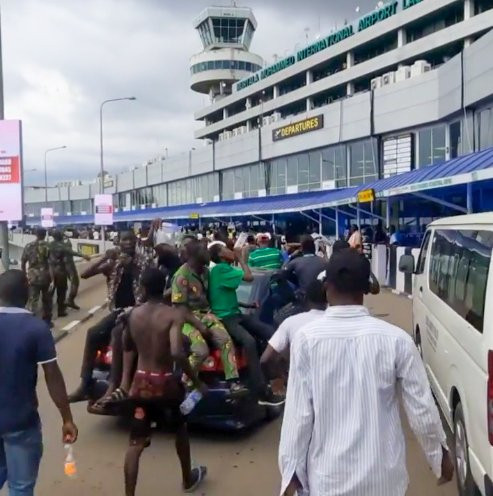 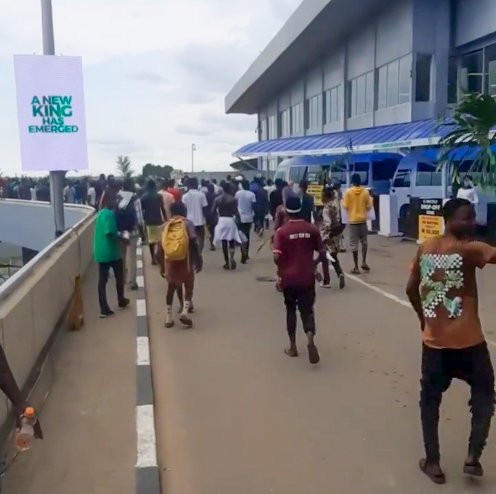 #EndSARS protesters have locked down the International Airport in Lagospic.twitter.com/YYUk1oxEGV