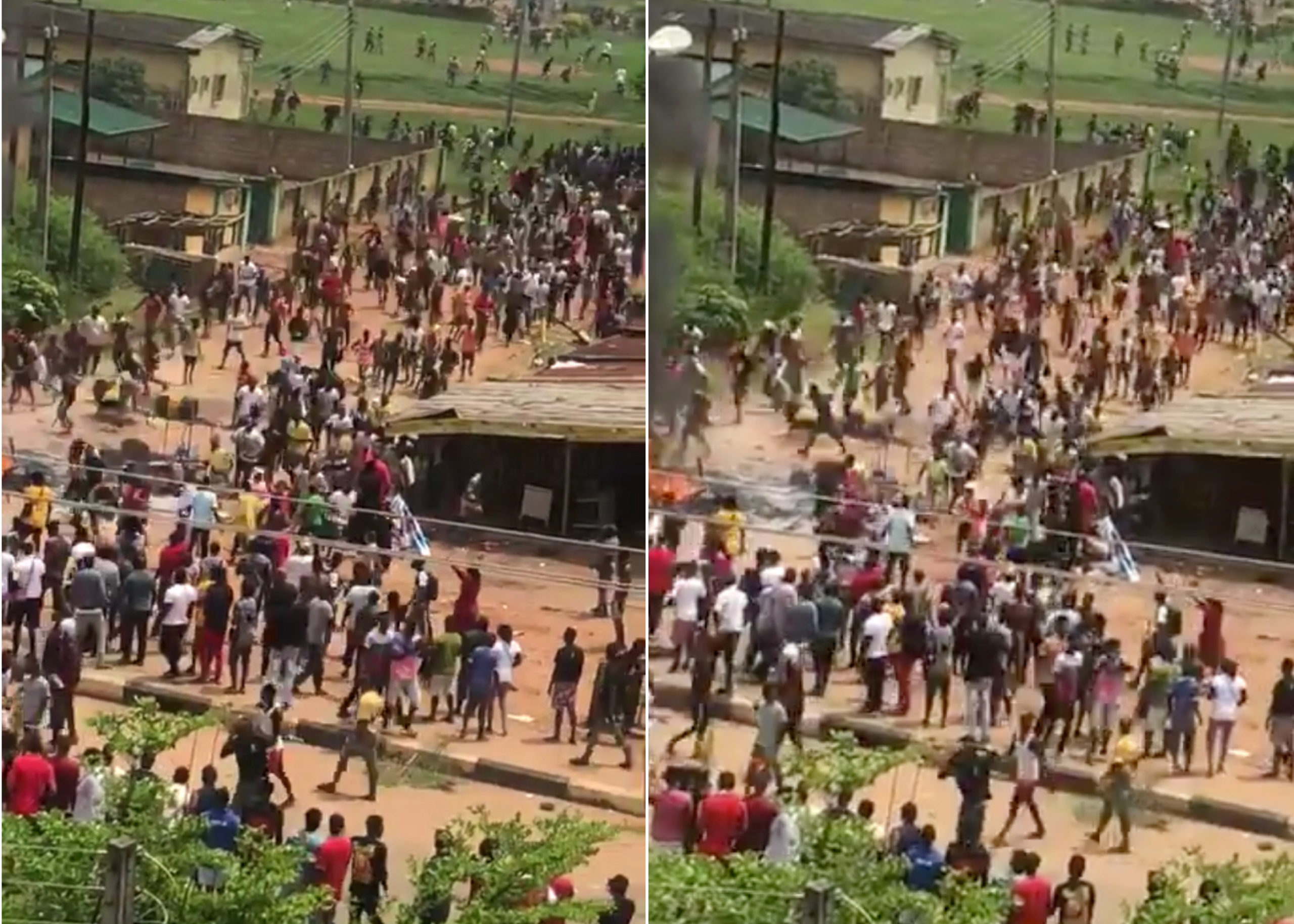 Hoodlums have attacked Oko Medium Security Centre in Edo State and freed hundreds of inmates sparking tension in the state on Monday, October 19.

According to ThePunch, the raging thugs overpowered five armed guards in the facility and carted away valuables from offices of prison officials.

It is said that the hoodlums also looted shops along roadsides leading to the prison.

This comes few hours after some hoodlums hijacked #EndSARS protest to attack the Benin Correctional Centre and free inmates, which led the state government to impose a 24-hour curfew across the state.

It was gathered that immediately after the attack in Benin Prison, security personnel were alerted in Oko prison, which has the capacity to accommodate 1300 inmates.

However, calls to the Nigerian Army and the Police for reinforcement were not heeded hence the ease with which the hoodlums overpowered the prison guards.

A prison source who spoke to the publication said;

They came in their thousands and their mission was to free inmates. They have been communicating with the inmates because even before they broke into the facility, the inmates were already rioting inside the place.

Before the attack on Oko Correctional Centre, the suspected hoodlums had ransacked Oba Market police station, attacked its armory and carted away with their guns and some uniforms they found in the station.

While that was going, suspected hoodlums attacked Igbekun police station and set it ablaze.

Watch some videos showing the prisoners escaping from Oko prison below;

We re not involved..the #EndSars Movement is not In support of Benin City protest anymore…this is not what we acclaim to achieve we have lost it all…this is not #EndSars nor it’s #EndPoliceBrutalityinNigera..jail break at Oko Prison at Airport road in Benin City @EdoStateGovt pic.twitter.com/vpHHrjDgZA