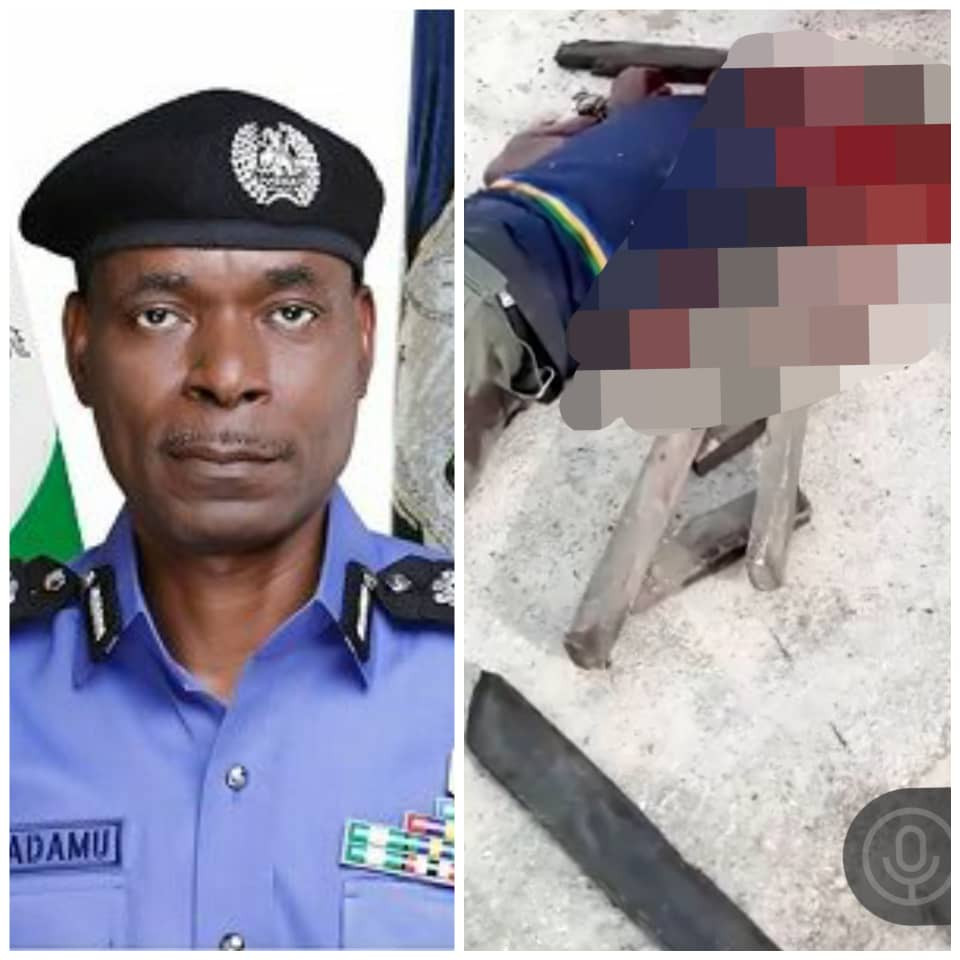 Inspector-General of Police, Mohammed Adamu, has condemned the violent attack on Policemen and damage to Police operational vehicles and other assets allegedly by #ENDSARS protesters in Ughelli, Delta State, on Thursday, October 8.

Youths in Ughelli came out in their numbers to stage a protest demanding the disbandment of Special Anti-Robbery Squad (SARS).

The IG said this in a statement issued by the Force Public Relations Officer (FPRO), DCP Frank Mba on Friday in Abuja.

He said the protesters attacked and brutally murdered one Corporal Etaga Stanley attached to ‘A’ Division, Ughelli, Delta State and inflicted gunshot wounds on another officer, Sergeant Patrick Okuone.

According to him, the protesters also carted away one service AK47 rifle with breach no 56-2609008 and 25 rounds of live ammunition with the deceased at the time of the incident.

The IG described the incident as cruel and unwarranted, declaring that the force would no longer tolerate any attack on its personnel or any member of the law enforcement community.

Adamu said that although protest by citizens remain legitimate means for airing concerns and views, it “must be carried out with all sense of responsibility and within the confines of the law”.

The police boss condoled the family and friends of the late policeman who paid the supreme price in the service of the country.

He directed the Commissioner of Police in the state “to carry out investigation into the unfortunate incident, root-out the perpetrators and bring the killer protesters to book”.

Unconfirmed reports however claim that the protest turned violent after a police officer opened fire on the protesters, and one of the fired shots allegedly landed on a little boy who was around the area of the protest.

See videos of the incident below; 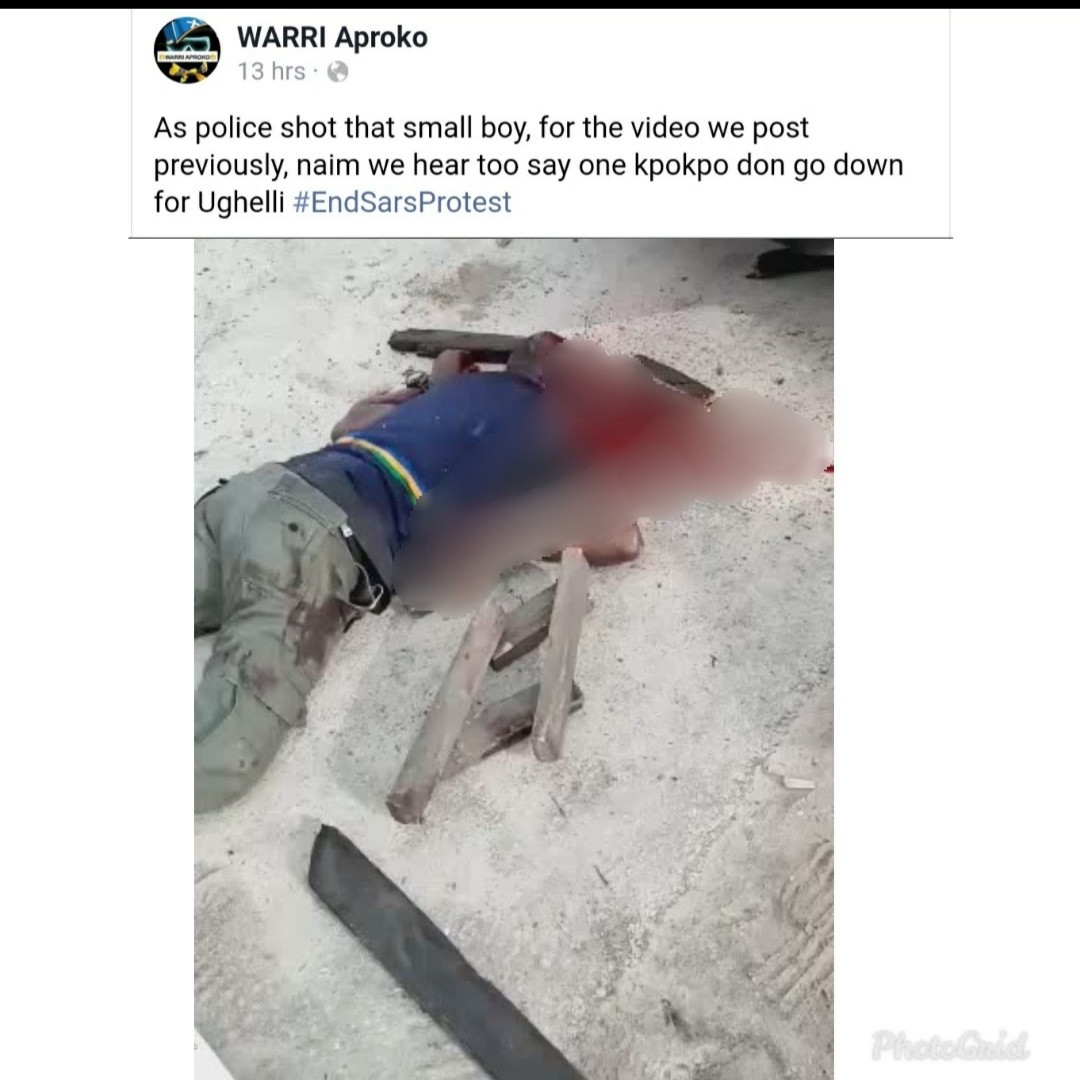 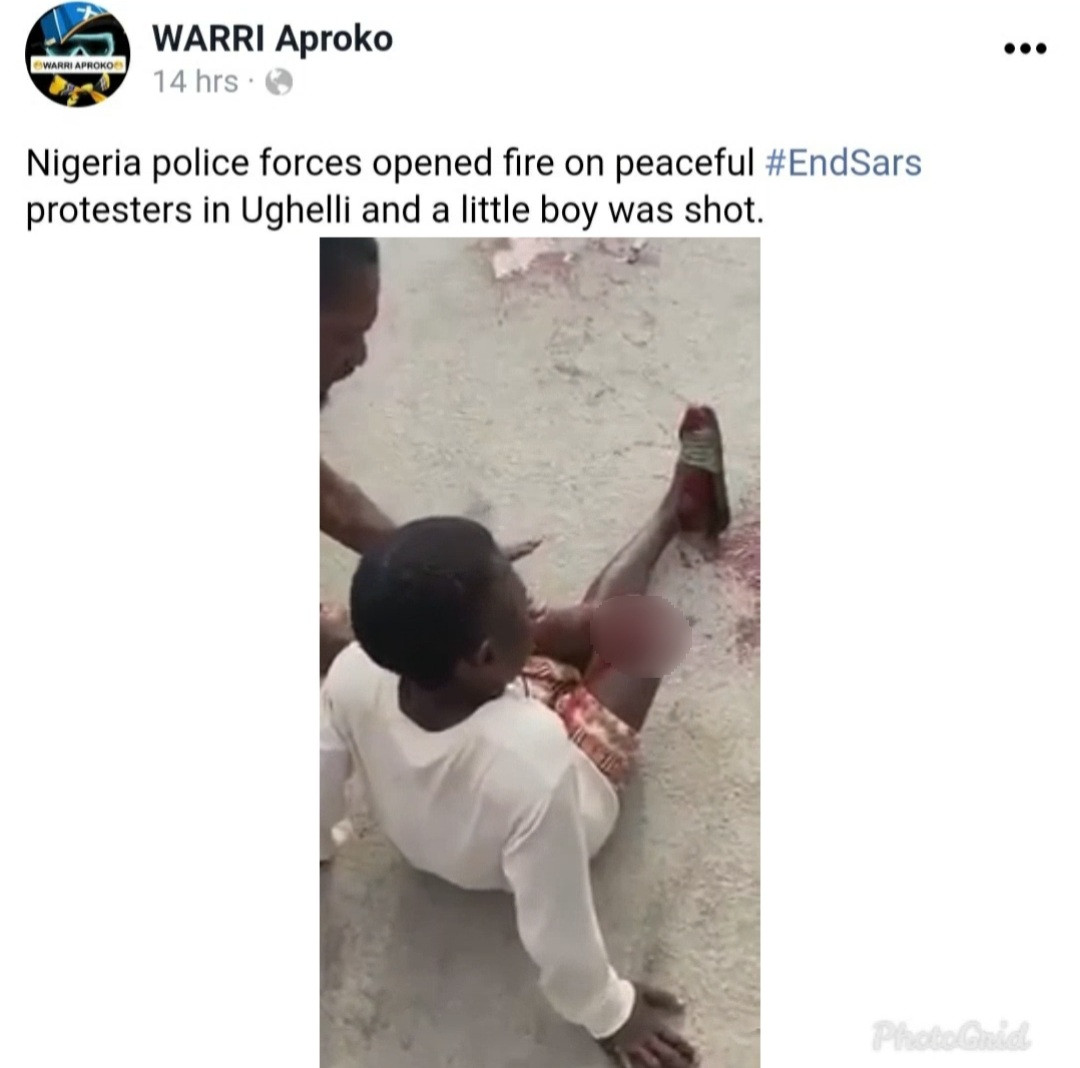 This is from Delta yesterday,he was shot by a police officer,just because there are protesting 😢😢😢😢😢😢😢😢, @endsears pic.twitter.com/Y8r2BRUM9H