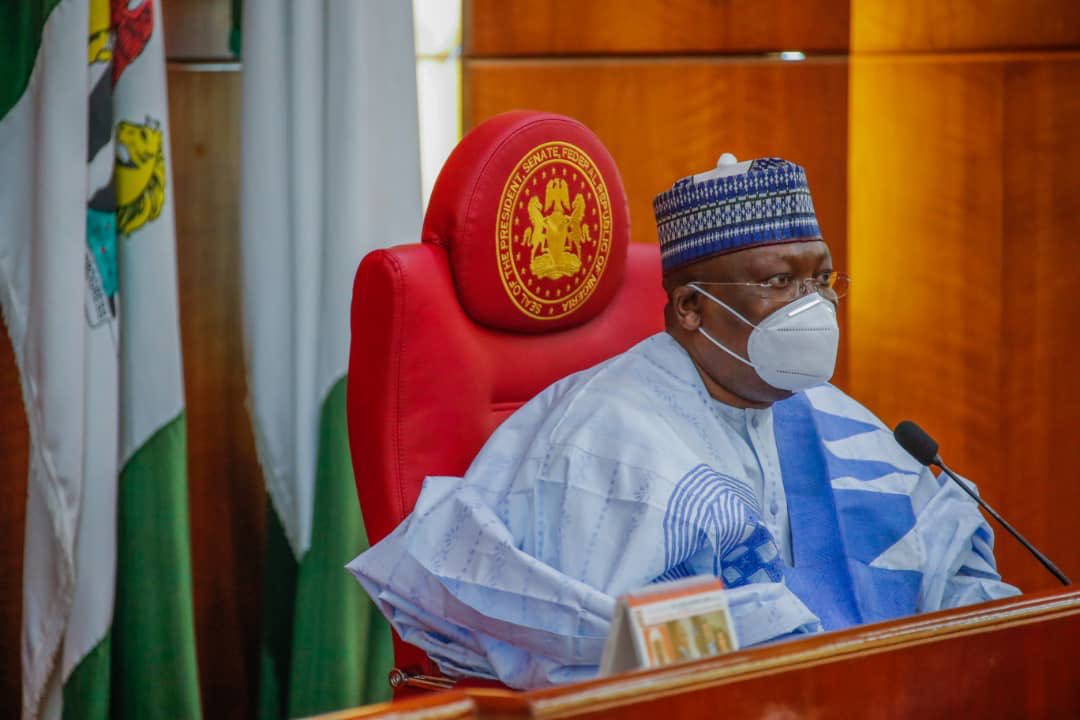 Senate has asked President Muhammadu Buhari to address the nation immediately on the current nationwide protests by youths against police brutality and bad governance.

They also directed the police to offer protection to the #EndSARS protesters to prevent hoodlums from hijacking their genuine action.

The Senate’s decision is sequel to a point of order by Senator Biodun Olujimi, titled, “#EndSARS: The need for a comprehensive reform”.

They also urged Buhari to immediately set up a judicial panel of enquiry made up of eminent Nigerians that would be respected by the youths to identify the notorious SARS operatives and ensure their arrest and prosecution.

The Senate, in the same vein, called on the protesting youths to embrace dialogue with the Federal Government in resolving the issues.

A lawmaker, who spoke to newsmen anonymously, said the Senate’s decision disclosed that the President might be forced to use his constitutional powers to impose the state of emergency as guaranteed in section 305 of the constitution.

According to section 305 of the constitution, the President shall have power to issue a Proclamation of a state of emergency only when;

The Federation is at war;

The Federation is in imminent danger of invasion or involvement in a state of war;

There is actual breakdown of public order and public safety in the Federation or any part thereof to such extent as to require extraordinary measures to restore peace and security;

There is a clear and present danger of an actual breakdown of public order and public safety in the Federation or any part thereof requiring extraordinary measures to avert such danger;

There is any other public danger which clearly constitutes a threat to the existence of the Federation; or

The President receives a request to do so in accordance with the provisions of subsection (4) of this section.

Seconding Tuesday’s motion sponsored by Senator Abiodun Olujumi and co-splnsored by all other Senators, Aliero stated:

While seconding, I want to also suggest very strongly that dialogue should be used to get the youths to suspend the #ENDSARS protest. Where dialogue fails then we should use whatever means possible otherwise it will lead to anarchy.

Already, a number of people have been killed and no responsible Government would allow lawlessness to take place while it is in power and for that reason Government should use whatever means possible to ensure that it bans the #ENDSARS movement.

Of course in liberal democracy like ours protests take place but where it is being hijacked by hoodlums using violence on innocent citizens, Government should use its constitutional powers by ensuring that law and order is maintained.

It is for that reason that I am supporting this motion and I am urging my colleagues to do the same.

Adopting the motion, the Senate approved that all tiers of government should put in place machineries to address socio-economic issues affecting youths across the country.

It equally called on the Inspector General of Police, Mohammed Adamu, to embark on a comprehensive reform in the police .

The Senate asked the protesting youths to approach the Constitution Review Committees of the National Assembly and present issues they would want amended .

They advised the President to immediately set up a Judicial Panel of enquiry to probe cases of abuse of human rights by policemen in the past.

Senate Minority Leader, Enyinnaya Abaribe, who suggested the prayer, informed the Senate that some five notorious Special Squad Anti-Robbery (SARS) operatives who had killed people illegally were yet to be made to face the law adding that there was need to do so immediately .

Most Senators including the Deputy President of the Senate, Ovie Omo-Agege, testified that they had witnessed cases of police brutality in the past.

Obaseki Says Olajide Sowore’s Killers Will Be Brought To Book