Garba, who is a member of the ruling All Progressives Congress, filed a fundamental human rights suit before a Federal High Court in Abuja.

Garba is seeking an “order directing the 8th (Dorsey) and 9th (Twitter) respondents jointly to pay him the sum of $1bn as damages”.

This comes few days after Garba slammed Dorsey for meddling in Nigerian affairs by declaring his support for the #EndSARS protest and calling for donations to an already existing donation platform used for crowdfunding by protesters.

He threatened to sue Jack Dorsey and Twitter should the protest lead to breaking of law & order,

Garba has now asked Dorsey to pay a fine of $1bn in favour of Federal Republic of Nigeria as compensation for loss of lives, properties and inconvenience.

He alleged that this is as a result of his support for funding the #EndSARS campaign even after the issues of police brutality and extrajudicial killings have been attended to by the government.

The former presidential aspirant added that Jack Dorsey will be doing the following after they meet in court;

Pay fine and compensate for the damage you have caused this country.

Garba, in a lengthy Twitter thread where he tagged Jack Dorsey further stated;

As you maybe aware, Nigeria is currently going through several issues regarding breaking of law and order in many cities, from prison break, to burning of a mall, destructions of properties and even lives. These actions should never be left without its attendant consequences.

You must be prepared to pay for the damages caused as a result of these protest-turned riots It’s important for you to know that Nigeria is a country governed by law & order, you should be prepared to face our justice system to ascertain our level of democracy you wish to injure

Your meddling into a sovereign Nation, against the international principle of Right to Protect vested on democratically elected government, your gross abuse of previledge by using your platform to inflame an otherwise tensed country, putting our people at risk should be answered.

You must be prepared to: 1. Pay fine and compensate for the damage you have caused this country. 2. Open a local office in Nigeria, employ local labor, pay local tax to continue to operate in Nigerian internet space. 3. Publish a written apology to Nigerian people & Government.

Furthermore, since the Berlin conference, where African future was “shared” among the European Powers, African was absent & silent. We will no longer be silent in the 21st Century any longer. You shall have to understand that Africa is a continent of law & traditions & customs.

You cannot colonize us by using our resources in the 19th Century, Colonize our industries in the 20th Century and now colonize us using information war on your scheming for a divide and rule by chaos, uprising and disorder. Nigeria and Nigerians cannot allow that to happen.

From Kano to Kalabari, Oyo to Kororofa, Arochukwu to Zaria, Benin to Bornu, Sokoto to Ife to Borgu, Nigeria is a nation with Kingdoms, Empires & peopled with History and values, If you cannot mutually treat us as a fellow humans of one community, we shall not let you destroy us.

As a Nigerian Citizen, a committed patriot and a stakeholder in the Nigerian Project, you shall meet me in court to answer for your meddling in the affairs of a sovereign Nation without @UN council resolution. As a private citizen, you have to and should face the consequences.

See photos of the petition below; 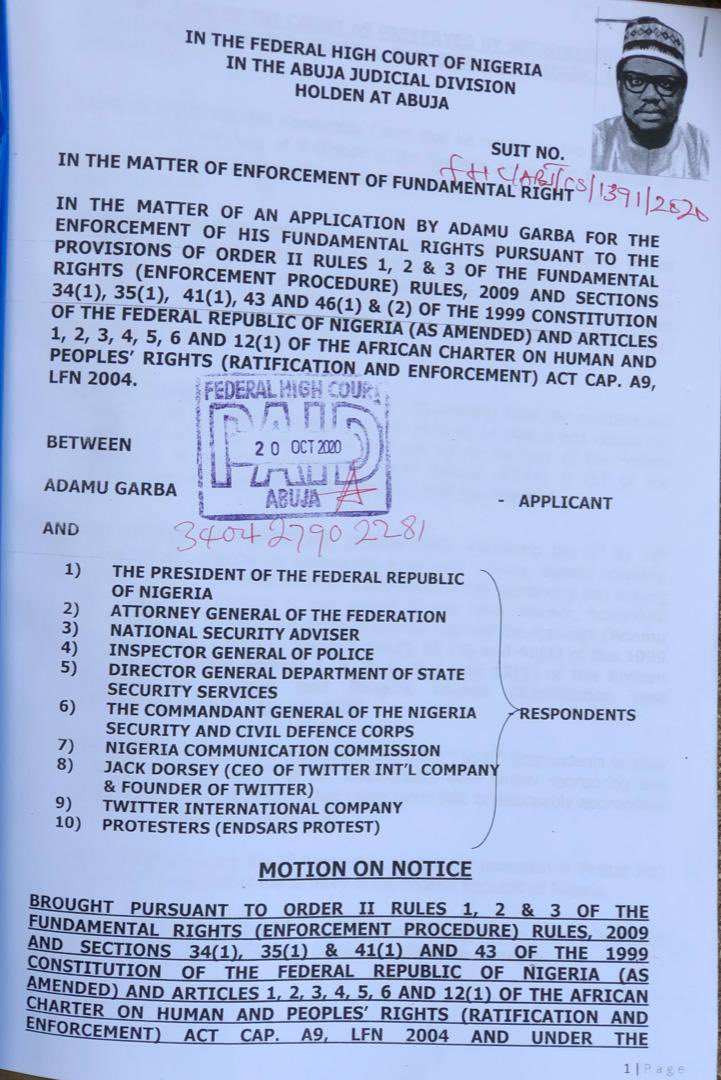 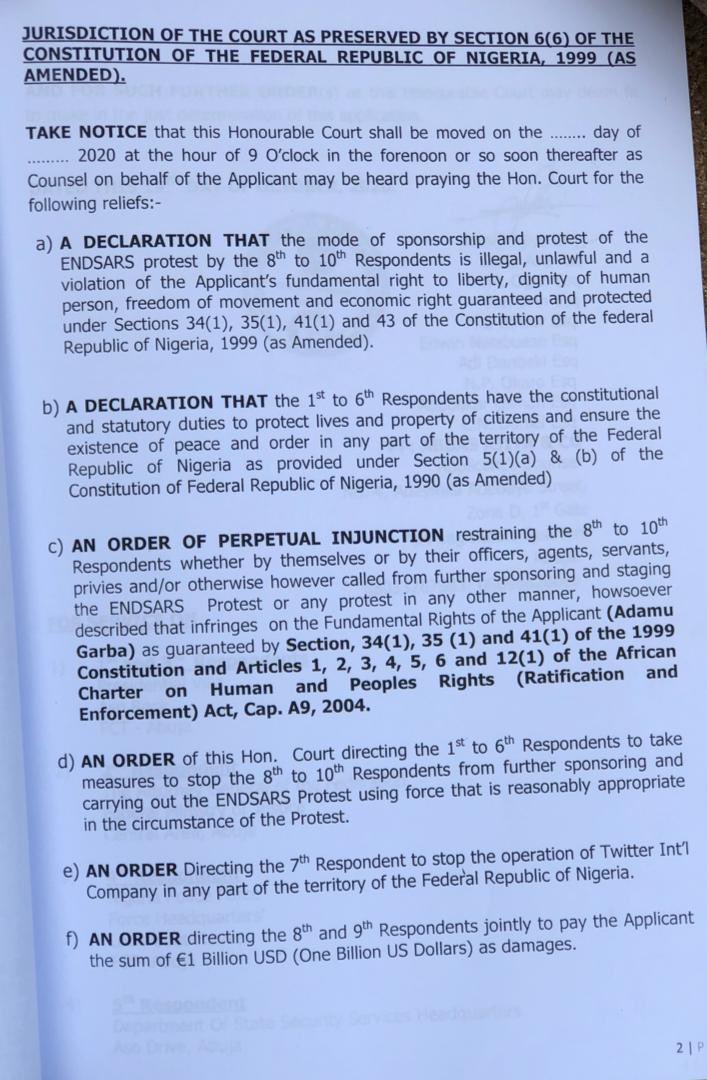 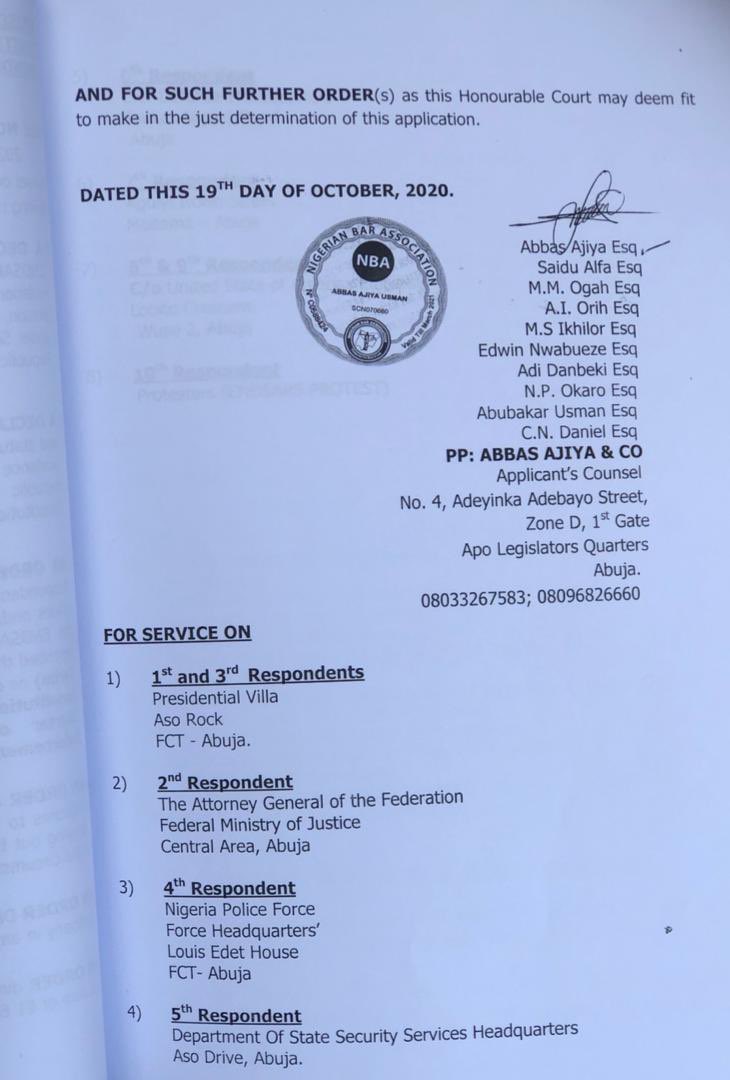 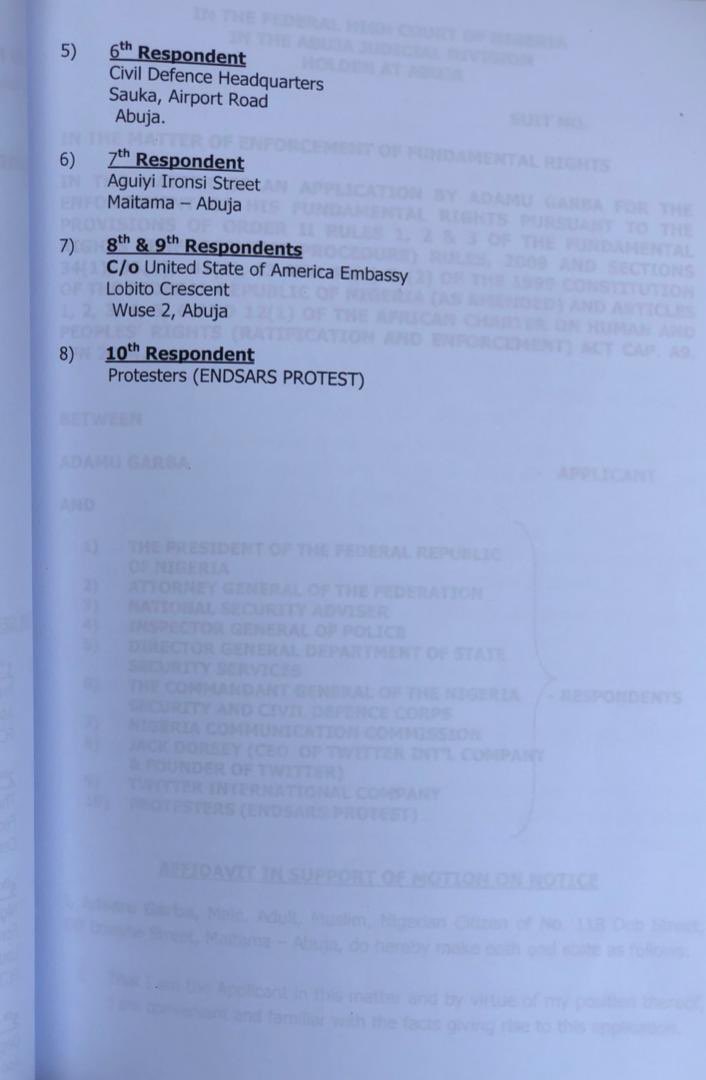 Akeredolu Orders Closure Of All Schools In Ondo Over #EndSARS Protest