‘I Have Nothing To Hide’ – Lagos Speaker, Mudashiru Obasa Speaks After Honoring EFCC’s Invitation 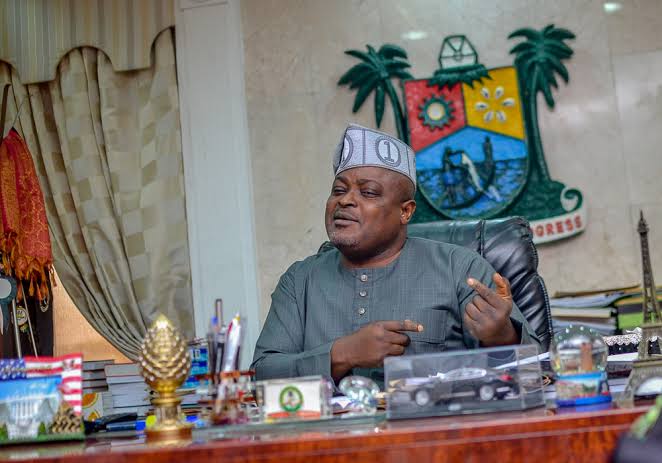 Lagos State House of Assembly Speaker, Mudashiru Obasa has stated that he has nothing to hide after honoring an invitation by the Economic and Financial Crimes Commission (EFCC).

Obasa, chairman of the Conference of Speakers of State Legislatures in Nigeria, appeared before EFCC on Thursday, October 8 as the agency continued with the investigation into allegations of diversion of funds, abuse of office and money laundering levelled against him.

This comes after EFCC was granted an order to freeze three bank accounts belonging to the Speaker.

EFCC, in a matter filed at the federal high court, Lagos, with suit number; FHC/L/CS/1069/2020, sought an ex-parte order to freeze Mr Obasa’s three bank accounts with the Standard Chartered Bank, pending investigation into the allegations.

The court ruling which was issued on September 15 and was signed by the court’s registrar, Adebimpe Oni, and the chief executive officer, A. O Adeyehun.

Speaking shortly after his meeting with EFCC officials, Obasa in a short statement stated he honored the invitation as a responsible citizen and lawmaker.

The Economic and Financial Crimes Commission invited me today (Thursday). As a responsible citizen and lawmaker, I honoured the invitation. I have nothing to hide.

When we are called upon by law-enforcement agents in their investigations, as responsible citizens, it’s our duty to oblige them.

As a good citizen of Nigeria, a public officer and lawmaker, it was just justified that I honour an invitation by an agency trying to find out some answers relating to some questions.

It is normal for the EFCC to invite whoever it deems should be invited. Honoring the invitation simply shows patriotism.

The speaker added that he had returned home and was never detained by the EFCC as against some reports.