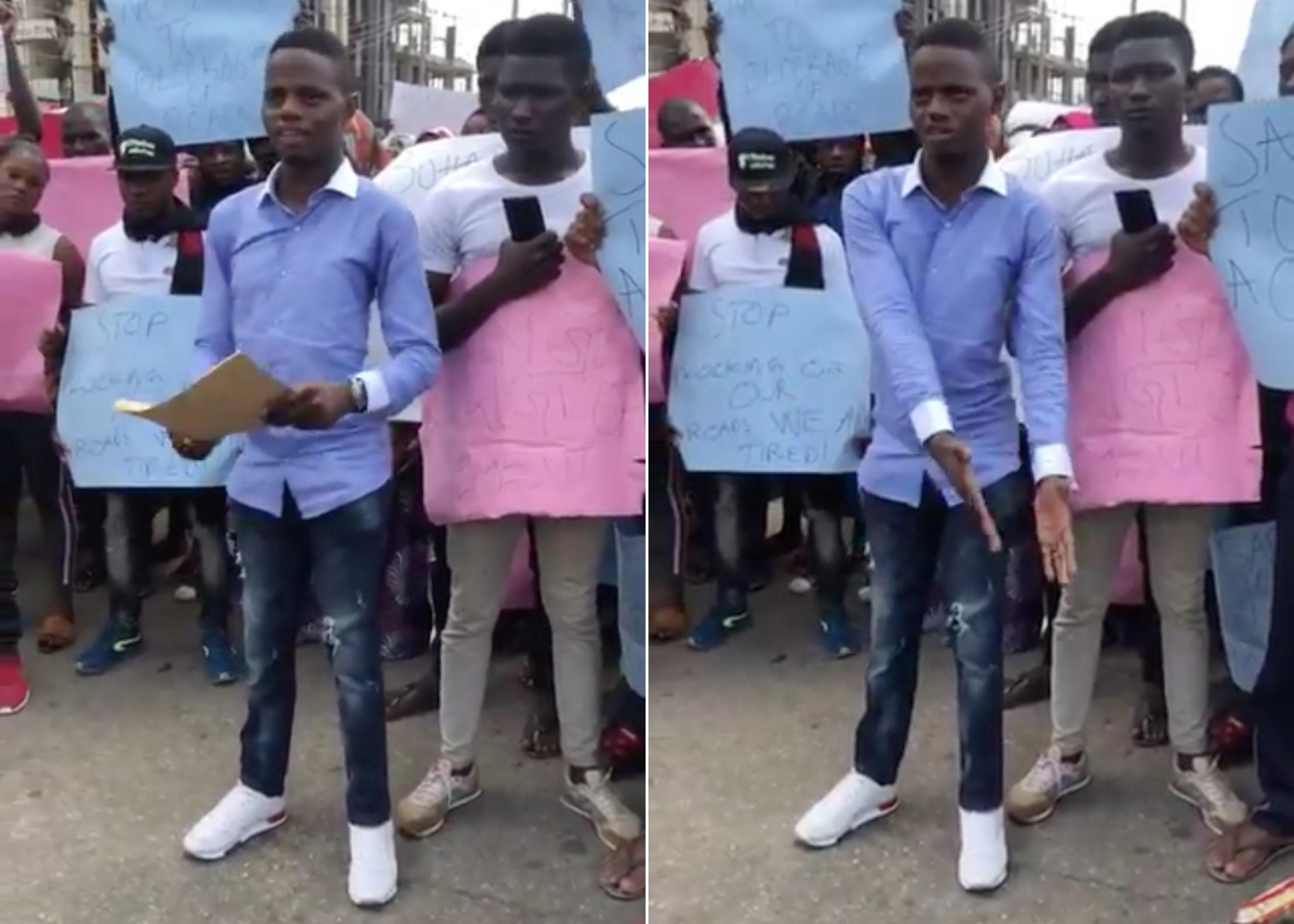 A group of Nigerians who claim to be the Indigenous People of the Federal Capital Territory, Abuja has given the Inspector General of Police, Mohammed Adamu a 48-hour ultimatum to clear #EndSARS protesters off the streets.

The group stormed the police headquarters in Abuja earlier today October 19 with a petition letter to Adamu, which was received by the DIG of Police, Leye Oyebade on behalf of the IG.

One of the protesters who addressed newsmen, simply identified as Yanusa Ahmadu Yusuf, lamented that the #EndSARS protesters were making life unbearable for the Indigenous people of Abuja.

He called on the police chief to ask protesters to vacate the road within 48 hours or they will “engage them”.

The group petitioned Adamu for his inactiveness to the blockage of roads and stagnation of economic activities caused by the #EndSars protesters despite the announcement of disbandment of SARS.

In their lengthy letter, the group noted that at the peak of the protest the Indigenes supported #EndSars campaign, but now that the goal has been achieved, they are disgusted by the continued protest which has claimed lives and destroyed properties.

Countless farm products have gotten spoilt due to the blockages, daily earners are starved because of their customers can no longer reach them, low patronage of businesses have occurred, families have suffered including toddlers and students when they spent hours in the traffic caused by these needles protest which have bitten hard on on majority of the population of the FCT.

They have now called on the Federal Government to enforce the prohibition of these demonstration such as blockages of major roads.

The group further noted that if the protesters insist on exercising their right, they must make the campaign in compliance with the indigenous people of FCT.

Read the full petition below; 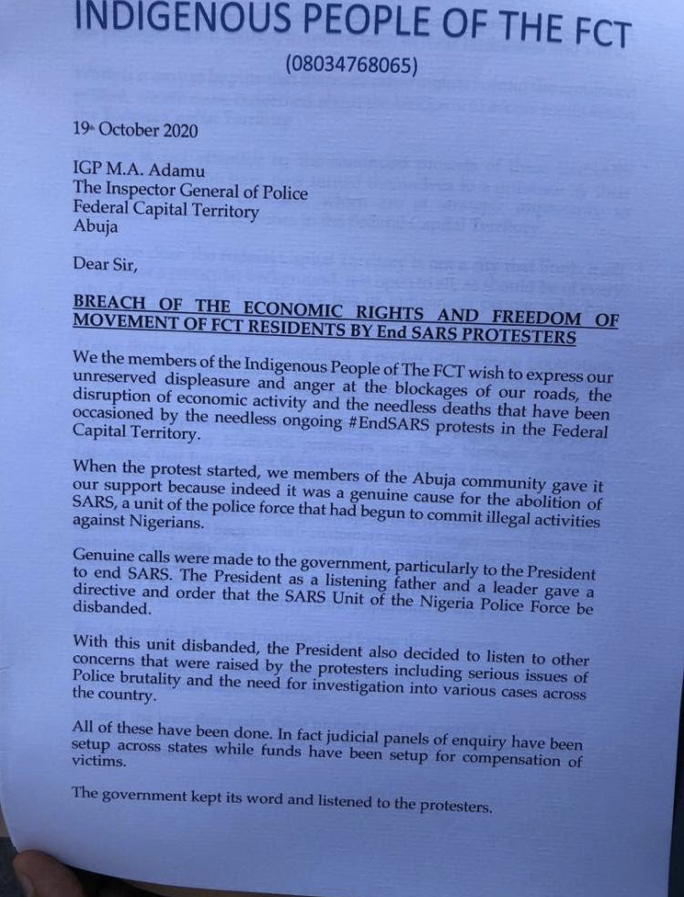 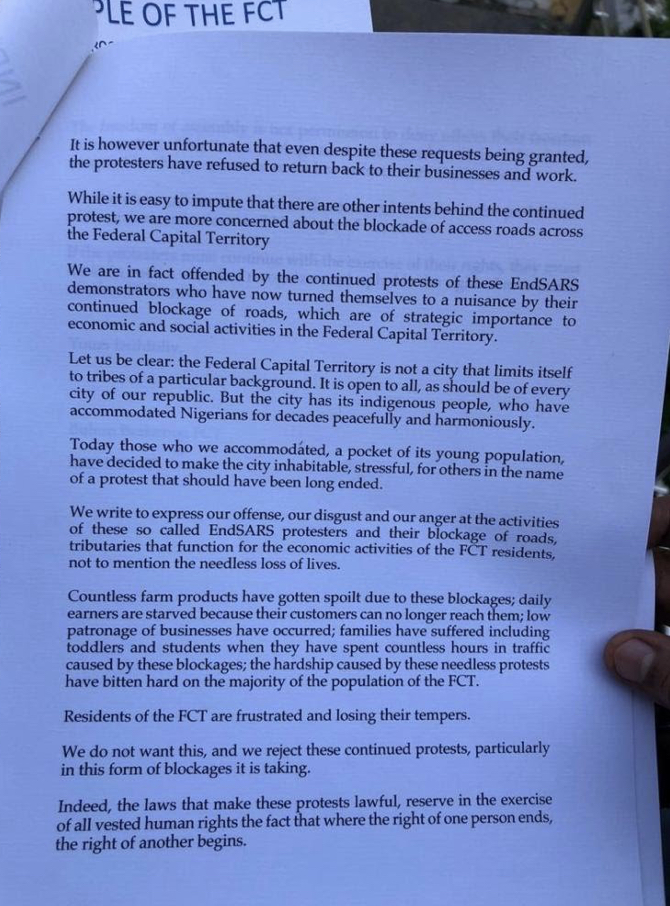 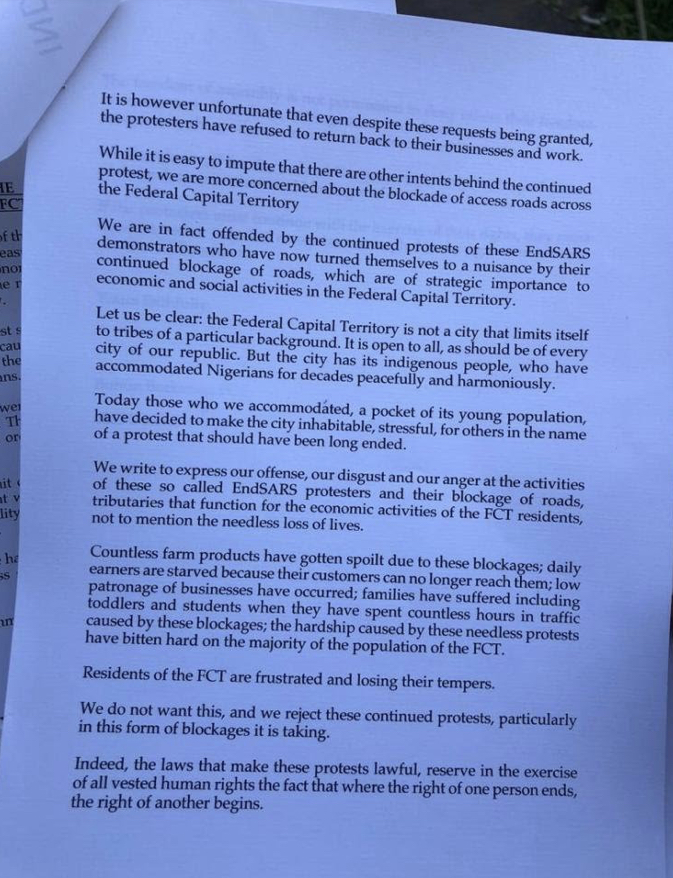 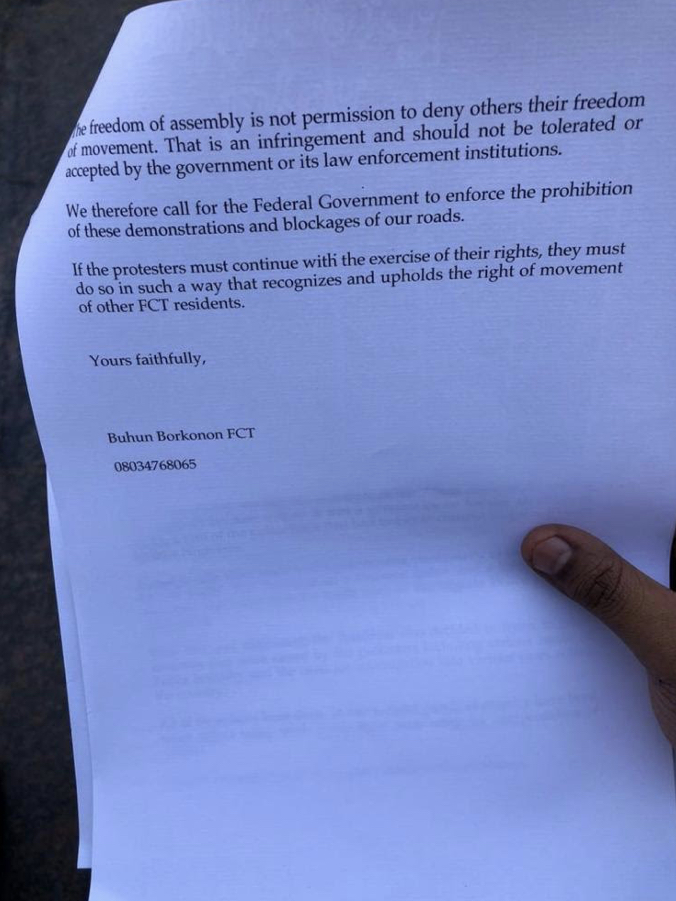 Watch a video of the conversation below;

– Indigenous people of the FCT protests against the EndSARS movement and blockage of major roads across the FCT, Abuja. #Thread

– President of the Indigenous people of FCT presenting their letter to the IG of Police – Muhammadu Adamu, represented by the DIG of Police.

– The DIG of Police – Leye Oyebade addresses the Indigenous people of the FCT , after receiving their letter on behalf of the IG of Police – Muhammadu Adamu.