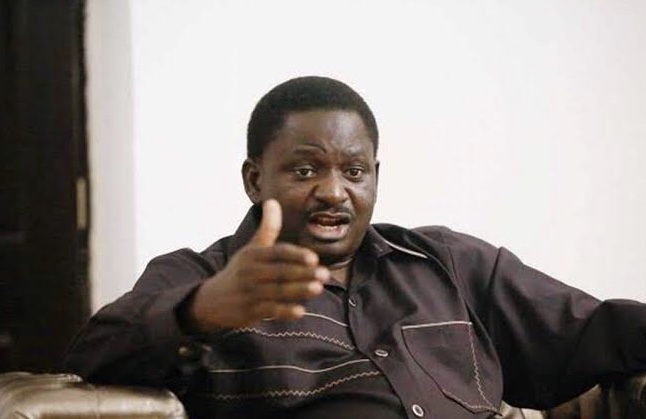 Special Adviser to the President on Media and Publicity, Femi Adesina, has said the looting of warehouses and shops by hoodlums was not necessarily caused by poverty but by criminality and greed.

Speaking on Channels Television’s Sunrise Daily programme on Thursday, Adesina said the breakdown of law and order following the #EndSARS protests provided an opportunity for looting to take place.

The Presidential Aide expressed that he completely disagrees with the idea that the pandemonium which accompanied the #EndSARS protests is a true reflection of the people’s hunger and anger.

He said the looting was pure criminality occasioned by greed, adding that not everyone involved in the act is hungry and poor.

Adesina noted that attributing the looting to poverty was like justifying armed robbery, stressing;

Just as you cannot justify armed robbery because a man was poor and took a gun to rob another person, you can’t also justify the looting going on because it is pure criminality. My view is that it is not everybody that is hungry that engaged in that looting. This is the truth, it is greed and pure criminality.

Therefore, it was corollary to the mere anarchic situation that came on the country because of the protests. If you didn’t have people burning police stations, killing policemen, burning private and public property, you wouldn’t have this spate of looting.

So, I don’t agree that it is all about poverty. Yes, in any country, you will have at any given time, you will have people who are poor, who are hungry and that is one of the reasons why you have government is to ensure that the number of poor and hungry people is reduced.”

When challenged with the fact that Nigeria had become the poverty capital of the world, the President’s spokesman said the high level of poverty was caused by 60 years of mismanagement of public funds which could not easily be addressed in two years.

He said the President Muhammadu Buhari was committed to leaving a legacy that would see that 100 million Nigerians are lifted out of poverty in the next 10 years.