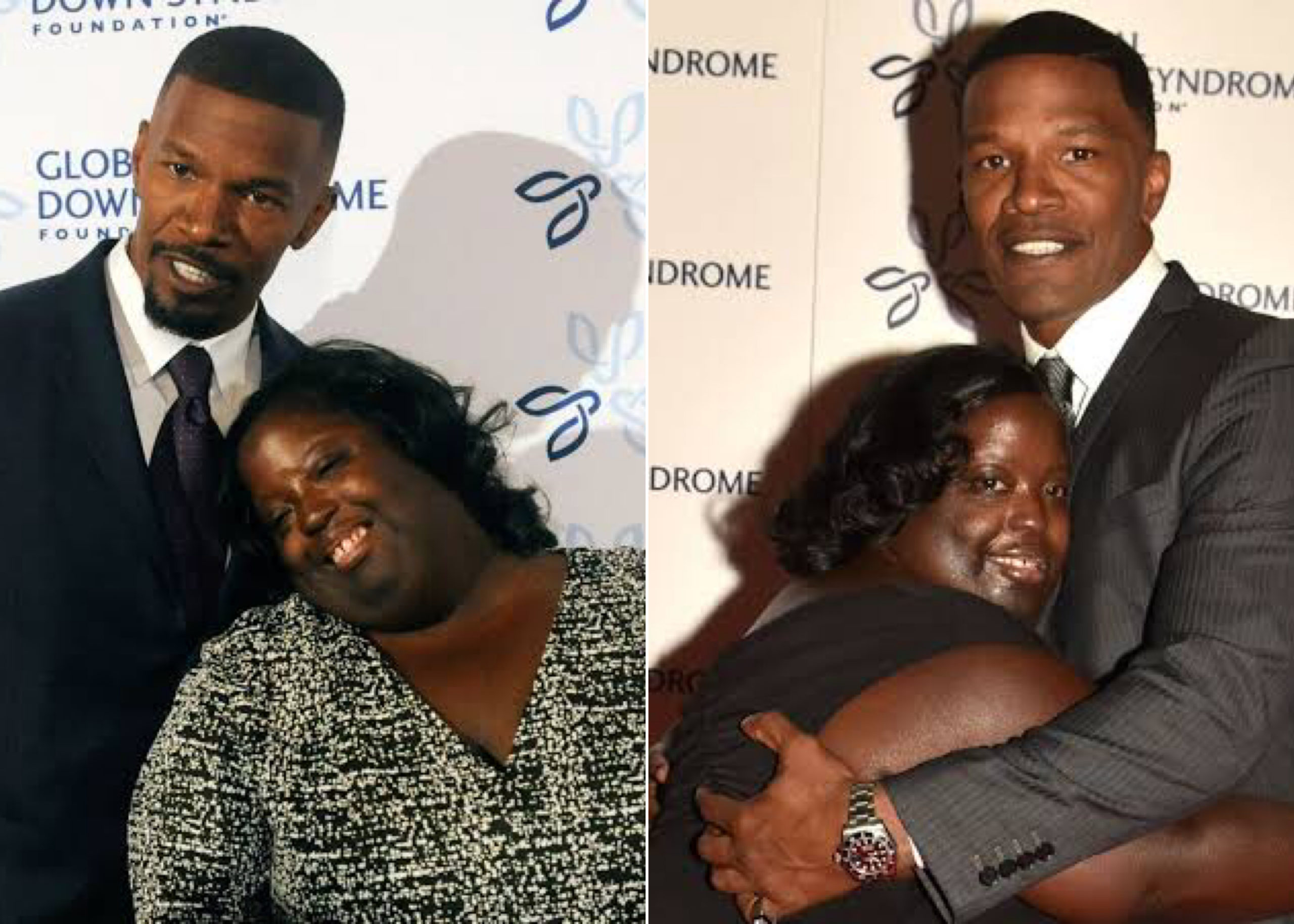 Oscar-winning actor, Jamie Foxx has announced the death of his younger sister, DeOndra Dixon at 36 on Monday, October 27.

My heart is shattered into a million pieces. My beautiful loving sister Deondra has transitioned. I say transitioned because she will always be alive. Anyone who knew my sis knew that she was a bright light.

Ms Dixon, who was born with Down syndrome, is reported to have died on October 19, according to People.

Her death first came to light last week when singer Chris Brown posted and deleted an emotional tribute on Instagram with a picture of Ms Dixon and Foxx dancing at a fashion show.

Lost one of my best friends and one of the most beautiful souls I know. REST IN PEACE sis. WE WIL (sic) DANCE AGAIN ONE DAY…I LOVE YOU.

Foxx referred to Brown in his own tribute, writing;

I can’t tell you how many times we have had parties at the house where she has got on the dance floor and stolen the show. Even gave her boyfriend @chrisbrownofficial a run for his money.

Well I know she is in heaven now dancing with her wings on, tho my pain is unbelievable.

I smile when I think of all of the great memories that she left me, my family, and her friends, from dancing in the blame it video to the Grammys and becoming The ambassador to @globaldownsyndrome.

From sliding down my stairs with a grin as wide as the rio grand to serenading us with all of her music.

Ms Dixon loved to dance and appeared with Foxx on the Grammys stage as well as star in his video for his song ‘Blame It’.

She was also a global ambassador for the Global Down Syndrome Foundation, which described her as a “true angel looking down on us” in its own emotional tribute.

Her family treated her like any other family member. We have lost our talented, intelligent, feisty, beautiful, kind, loving, caring, pure and giving heart. Everyone at the Global Down Syndrome Foundation is in complete shock and full of grief.

Dixon was born to Louise Annette Dixon and George Dixon — Foxx’s mother and stepfather respectively — in Dallas, Texas, in 1984.

She later started participating in the Special Olympics in sixth grade and had aspirations of becoming a professional dancer.

In 2011, she was named an ambassador for the Global Down Syndrome Foundation.

Corps Member And Her Husband Arrested For Allegedly Tying Up Househelp, Leaving Her Under The Sun Over N10 Candy (photos)

Shaka Momoh, Planet One Hotel And Events Owner, Dies From…