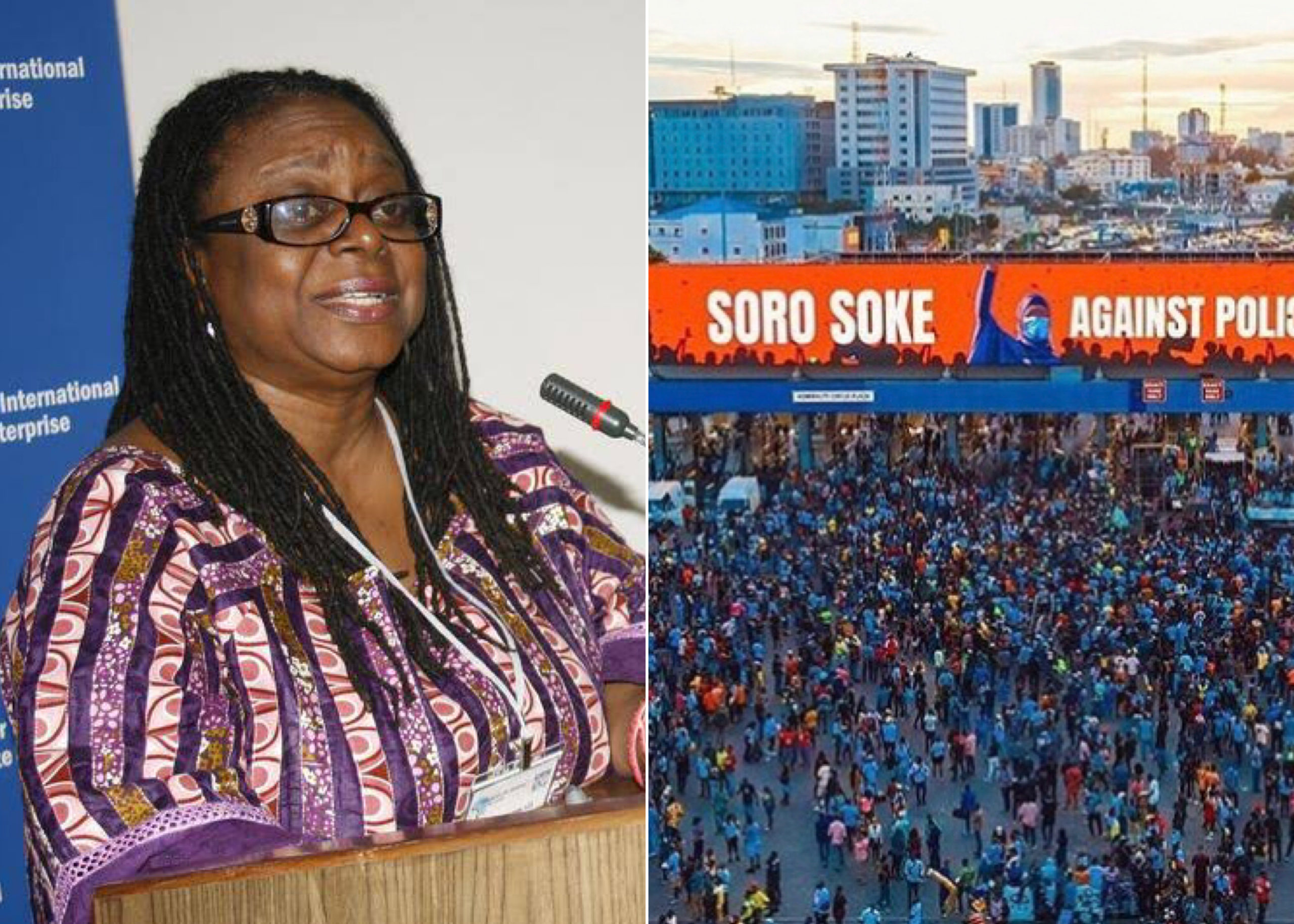 Lagos Chamber of Commerce and Industry (LCCI) has said Nigerian economy has lost N700 billion in 12 days due to the ongoing #EndSARS protests.

There have been protests nationwide against the brutality of the Special Anti-Robbery Squad (SARS) of the police force.

LCCI president, Toki Mabogunje (pictured above), in a statement on Monday, said the protests have crippled economic activities in the country due to disruptions, blockades and barricades around major cities and interstate highways.

She lamented that the economy is still struggling to recover from the devastating effects of the COVID- 19 pandemic.

The Lagos Chamber of Commerce and Industry is however concerned about the negative impact that the protracted nature of the EndSars protests has on business activities across the country.

Over the past 12 days, economic activities have been crippled in most parts of the country and has been particularly profound in the urban areas.

The Nigerian economy has suffered an estimated N700 billion loss in the past 12 days.

She commended the youth on the significant progress made in achieving good governance, adding that it was necessary to move to dialogue as the next stage of civic engagement to avoid a “complete breakdown of law and order”.

The protest has achieved some significant outcomes given the reawakening that it has generated in reforming the shortcomings in our political governance and the fact that some of the demands of the protesters have been met.

There is a great risk that the situation may degenerate into a case of the complete breakdown of law and order which is certainly not in consonance with the objectives of the EndSars peaceful protests.

It is important to avoid a situation where even more hardship is inflicted on the very citizens that the protesters are seeking to protect.