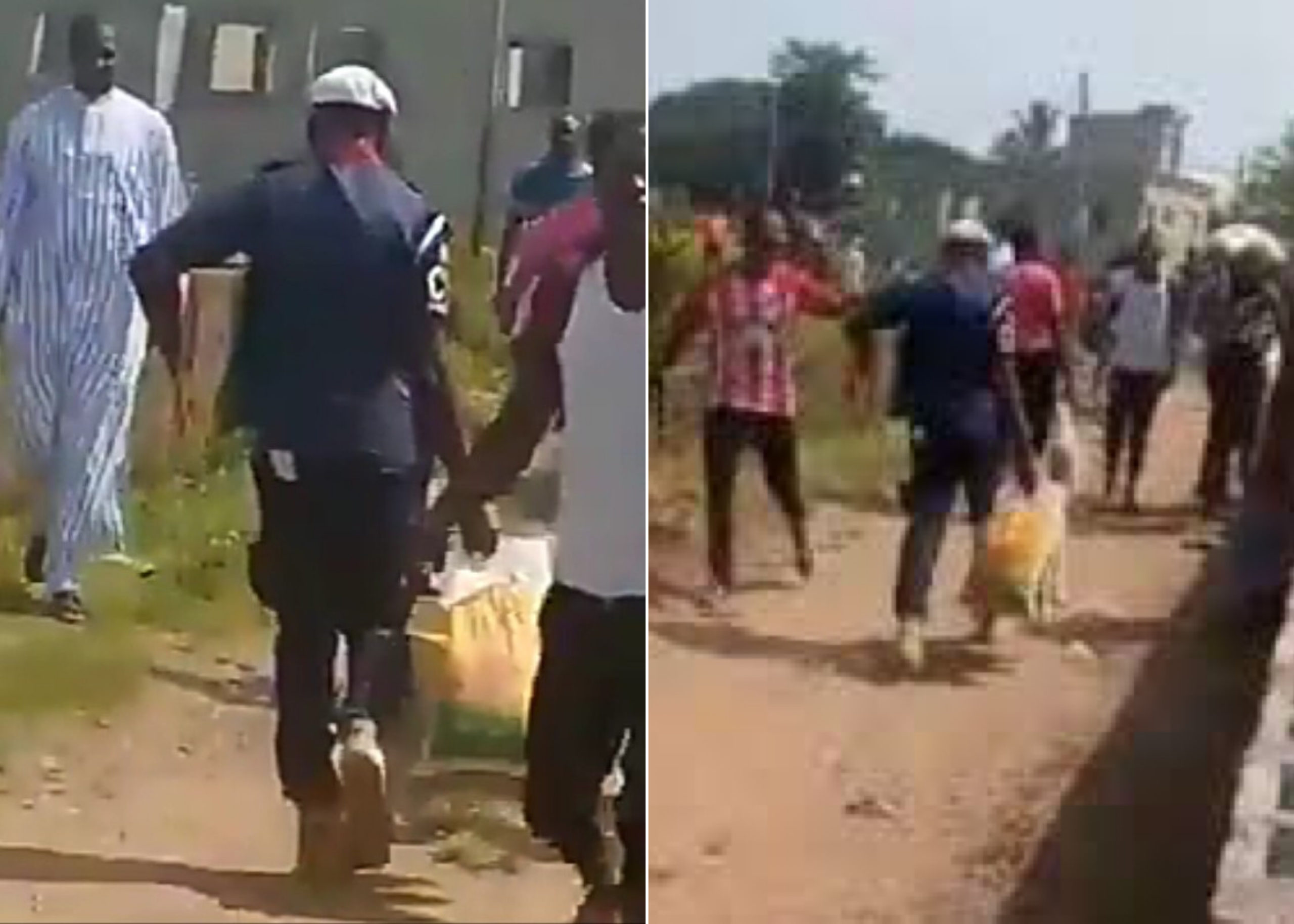 Nigeria Security and Civil Defence Corps (NSCDC) has sacked a Corps Assistant, Illiya Ibrahim, for partaking in the looting of a warehouse in the Federal Capital Territory (FCT).

On Monday, a mob attacked a warehouse at Gwagwalada area council of Abuja, carting away food items. The warehouse is said to be owned by the Agricultural and Rural Development Secretariat of the FCT administration.

Bags of grains, including rice and cartons of noodles and spaghetti, were looted from the facility. Ibrahim was however seen helping himself with a carton and three bags of of rice.

In a statement on Tuesday, Ekunola Gbenga, NSCDC spokesman, said the Commandant-General, Abdullahi Gana Muhammadu, approved the recommendation of a disciplinary committee for the dismissal of the officer.

Ekunola expressed that the officer was charged under the public service rule which is related to “unbecoming conduct of officers.”

This disciplinary measure was taken after a series of investigations and deliberations by the junior disciplinary committee and recommendations were made to the management.

The CG appreciates officers and men of the corps including members of the public for providing useful information that has continued to assist the corps in identifying unfit individuals within the ranks for appropriate action.

He tasked the personnel to remain committed, resolute and firm in the discharge of their duties.

Returning Looted Goods May Not Save You From Prosecution…