Ondo Decides 2020: ‘It Is All False’ – Akeredolu’s Wife, Betty Dismisses Viral Video Of Being Attacked At Polling Centre 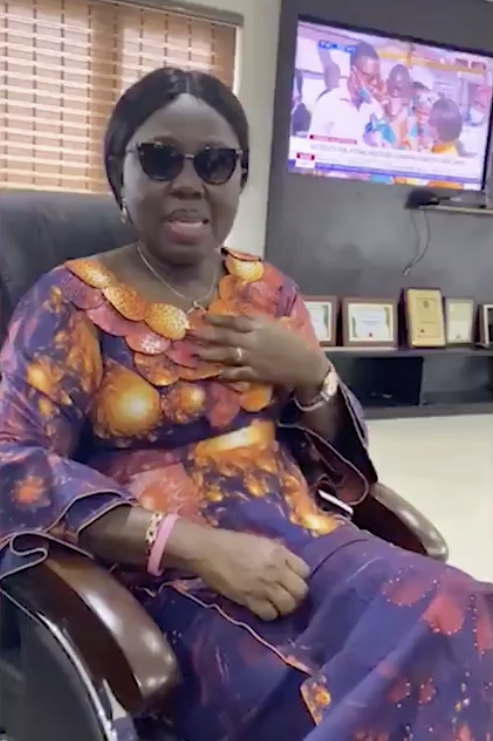 Mrs Betty Akeredolu, the wife of the Ondo State Governor, Rotimi Akeredolu, has debunked reports on social media that she was attacked by some hoodlums today while casting her vote.

In a video which has since gone viral,  thugs were seen invading the place with voters scampering for safety.

Mrs. Akeredolu, who spoke at their Owo residence, said the video was meant to damage the voting exercise, distort information and put it in a bad light.

People are exercising their franchise. The good thing is that people are voting in a peaceful manner. If we continue like that in all other polling unit we dont have anything to fear about violence

When asked about the alleged attack on her, she described the reports as “absurd” and one orchestrated by “desperate” persons.

That is insane, that is absurd. That tells you how desperate people can be in politics or our political landscape.

I am here in the ambience of my country home and somebody is there doctoring video that I was injured.

Were you the one that injured me? Such desperation will not do any good to them.

The detractors want to damage the exercise, to distort information and put one on a bad light. It is all false. We will emerge victorious.

She spoke shortly after she and her husband Akeredolu voted at Polling Unit 6, Ward 5 at Isokub in the Ijebu Owo area of the state on Saturday morning.

Akeredolu, who is seeking reelection on the platform of the All Progressives Congress, has estranged deputy governor and Zenith Labour Party candidate, Agboola Ajayi; as well as Peoples Democratic Party’s Eyitayo Jegede as major contenders in the poll.

FAKE NEWS: The video below is doctored and is not part of Channels Television’s coverage of the Ondo 2020 Governorship Election.

The events playing out in the video is from an incident in Delta State two years ago.