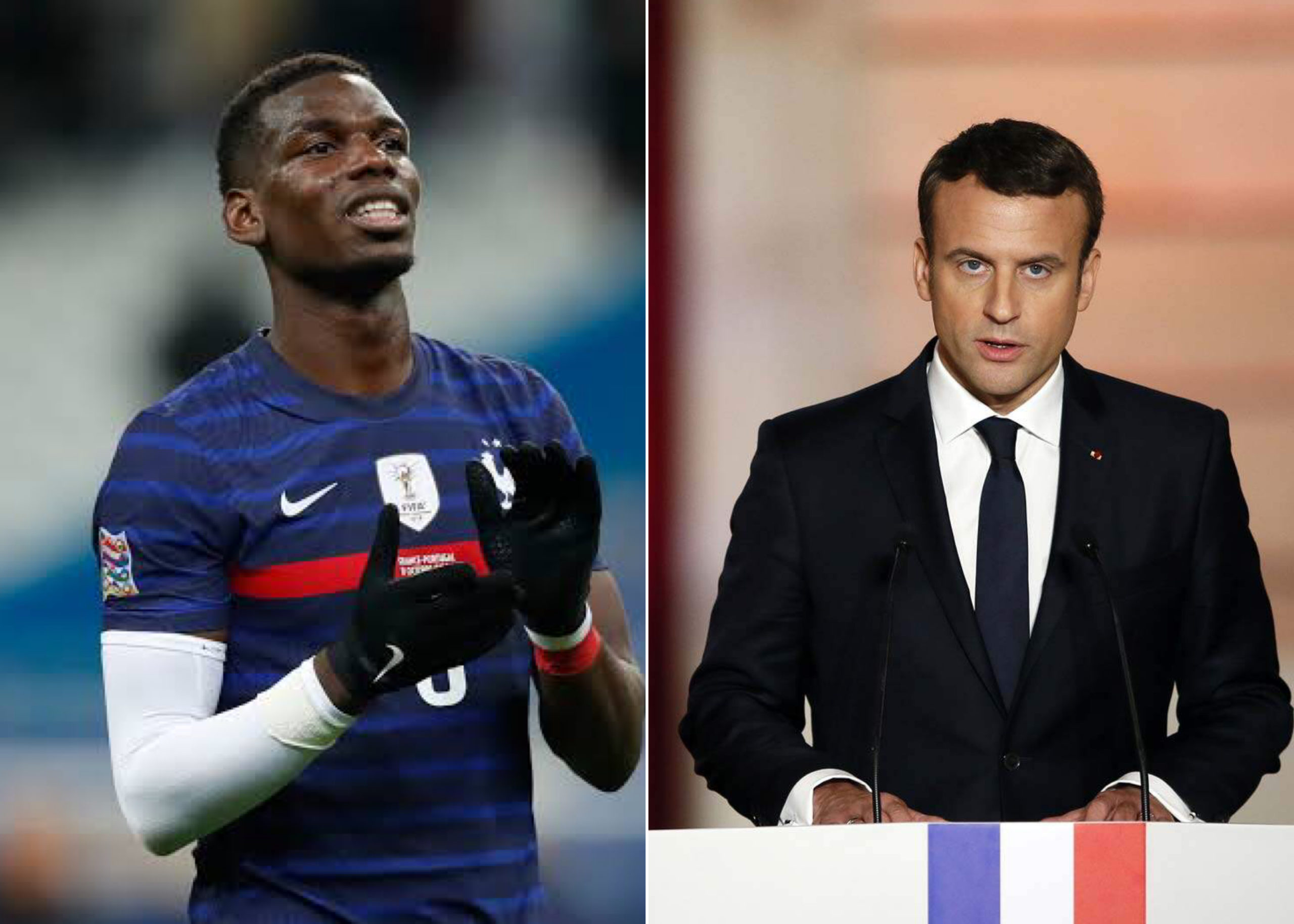 Paul Pogba has denied reports of quitting France National Team over President Emmanuel Macron‘s allegation that Islam is the source of international terrorism.

The Manchester United star was alleged to have made the decision following remarks on Friday from his country’s leader.

However, neither the 27-year-old, nor the French Football Association, ever commented on the speculation until Pogba too to his Instagram story to debunk it.

The player shared an image of The Sun’s headline about the report on his Instagram page with “Unacceptable: Fake News” stamped over the top. 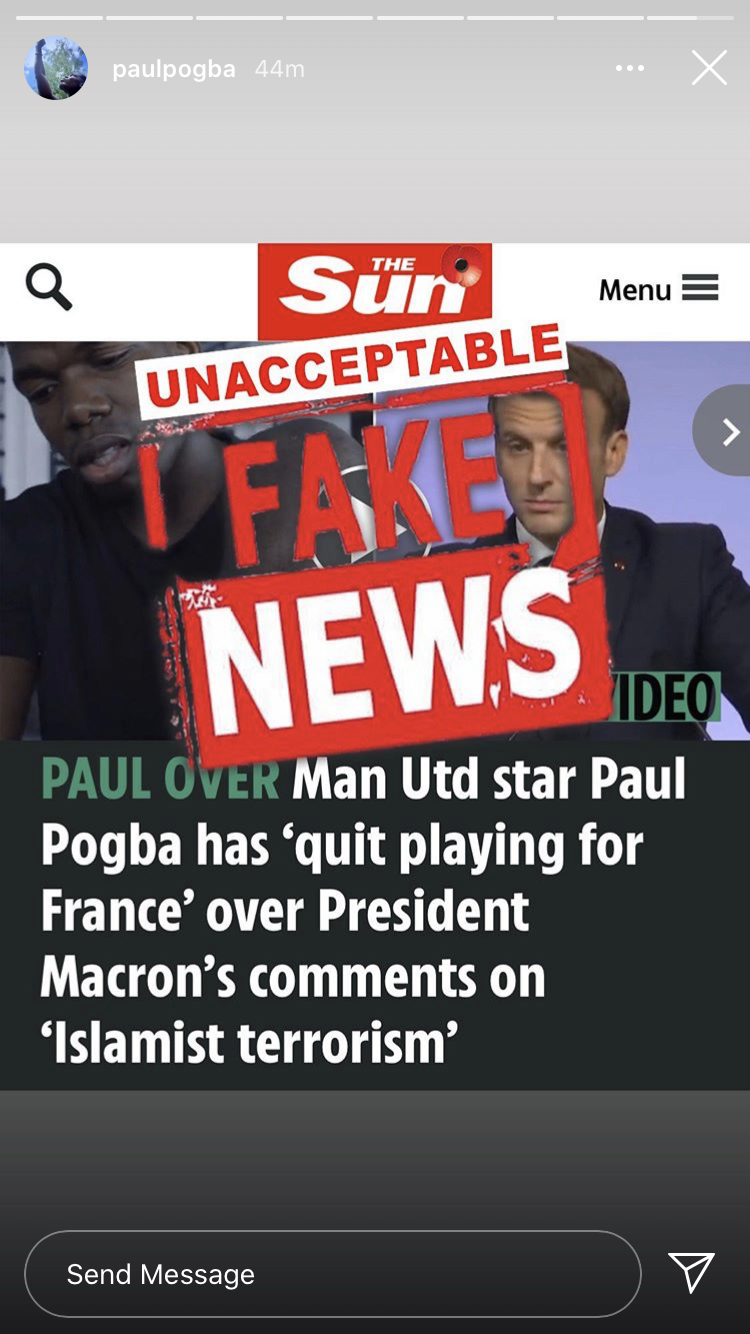 The reports of Pogba quitting international football came in the wake of the beheading of teacher Samuel Paty, 47, who was attacked on his way home from the junior high school where he taught in Conflans-Sainte-Honorine, 40km northwest of Paris.

Paty was targeted close to his school for showing cartoons of Prophet Muhammad in class. His killer, 18-year-old Abdullakh Anzorov, was shot dead by police.

The teacher was awarded the French Legion d’honneur, the highest decoration bestowed by the French state, in recognition of the fact that he died for trying to explain the importance of freedom of speech.

President Emmanuel Macron, while paying respect to the deceased, described the murder as an ‘Islamic terrorist attack’.

Unity and firmness are the only answers to the monstrosity of Islamist terrorism.

Calls have grown around the world for people to boycott French goods in the wake of the president’s comments accusing Muslims of separatism.

Paul Pogba Tests Positive For Coronavirus, Left Out Of…