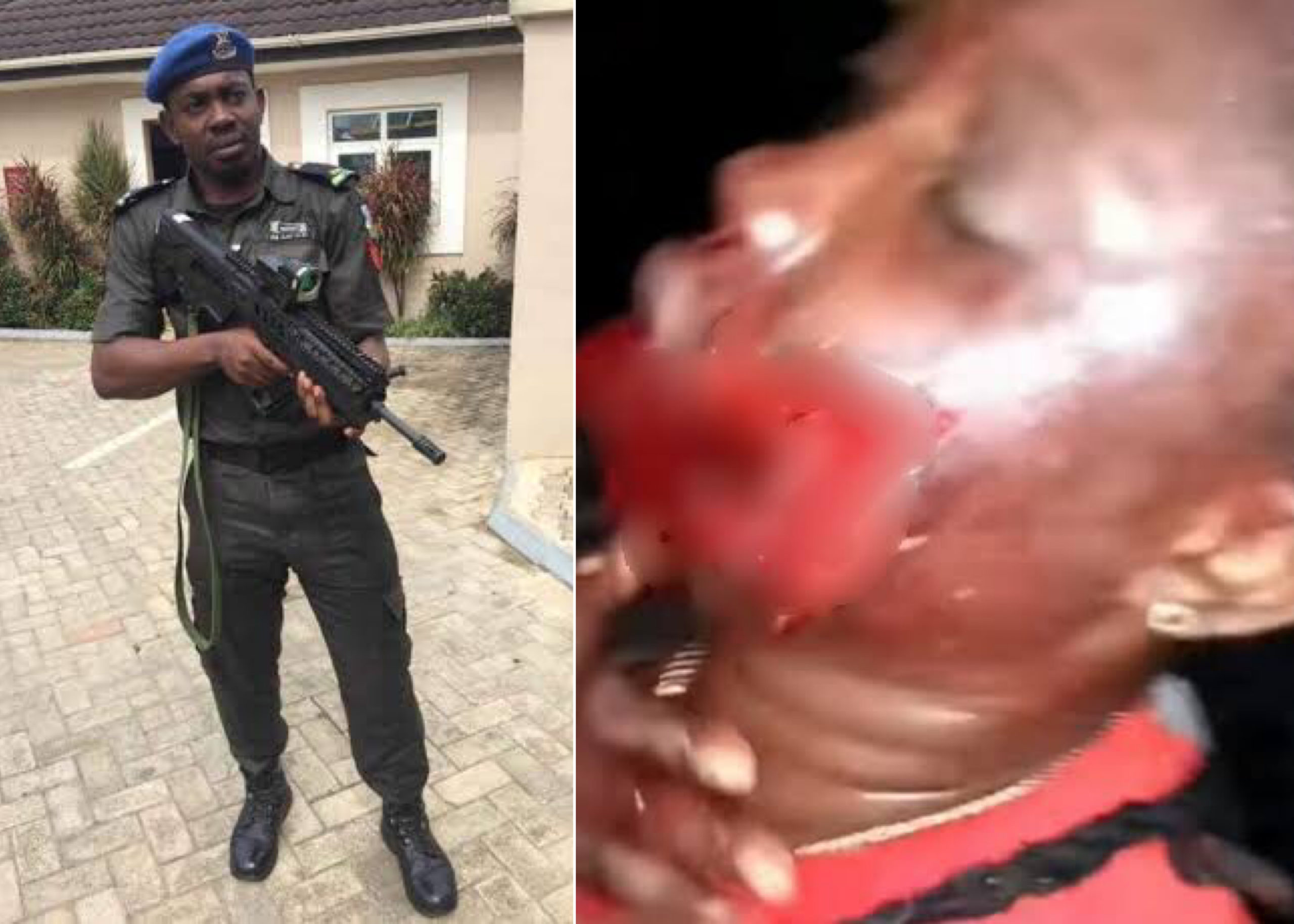 Lagos state police command has announced the arrest of a police officer who shot his girlfriend in the mouth at the Salvation bus stop in Opebi area of the state on Thursday, October 8.

It would be recalled that MDB shared the story of how the lady identified as Joy Eze, suffered a serious injury in the mouth after her police officer boyfriend, named Sergeant Eze Auwansoba fired a shot at her following a disagreement.

The gunshot tore her mouth, leaving her in critical condition. He went into hiding after the incident.

In latest development, Spokesmen of Lagos state police command, Muyiwa Adejobi, in a statement released on Thursday October 29, said the erring officer attached to the Special Protection Unit (SPU) Base 16, Ikeja, has been arrested.

Adejobi revealed that the suspect, who had been on the run, was arrested by his elder brother who is an inspector of police in Lagos State, and handed him over to the command.

The State CID Panti has taken over the case on the instruction of the Commissioner of Police, Lagos State, CP Hakeem Odumosu, for further investigation.

The Commissioner of Police has however warned police personnel in Lagos State to desist from any act that can tarnish the image of the police; and be committed to the principles of Community Policing for better service delivery and public safety in the state.