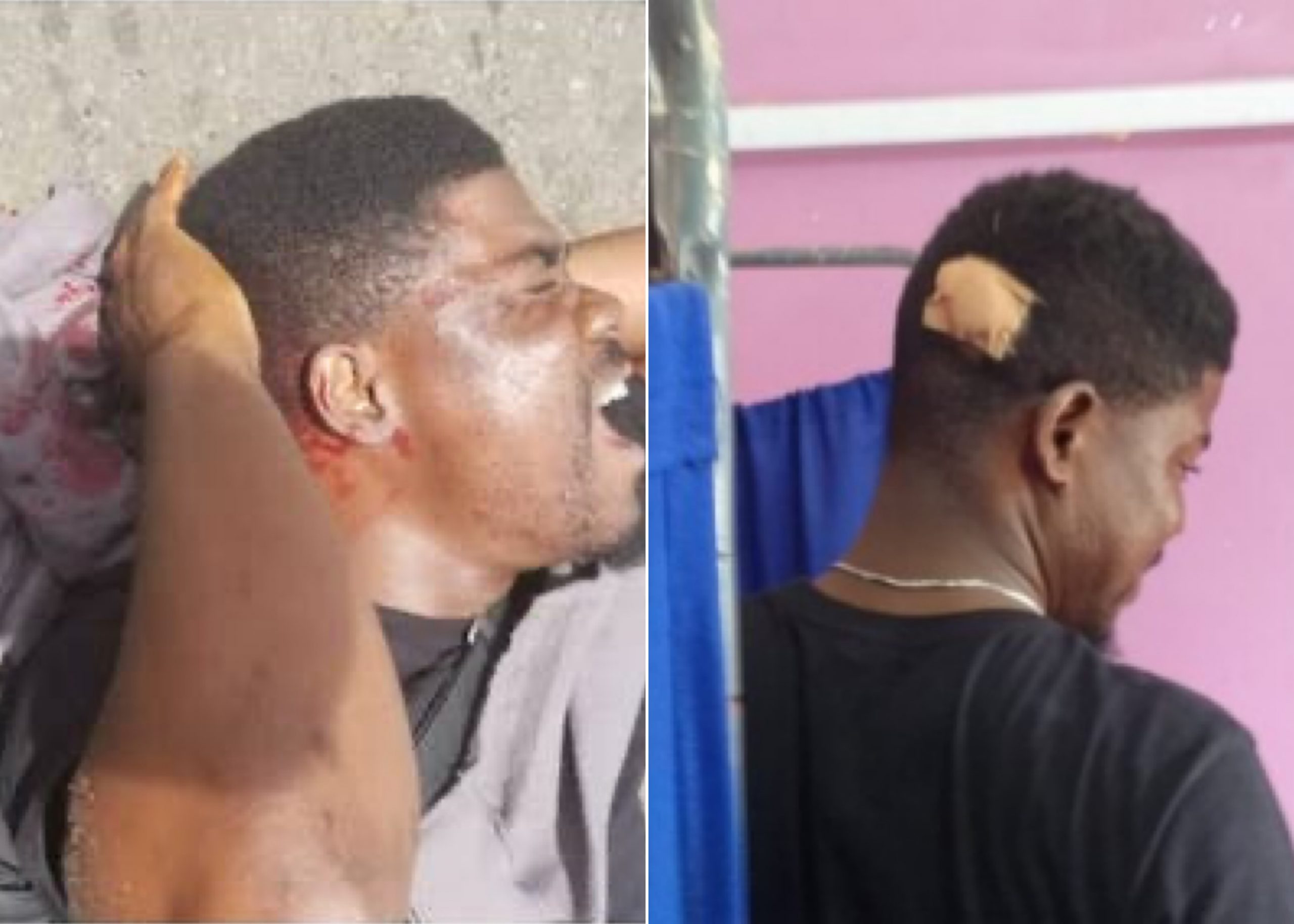 Lagos State Commissioner of Police, Hakeem Odumosu, has ordered the detention and orderly room trial of Adadu Innocent, an inspector of police who brutalised a journalist during the October 1 protest in the state.

The officer hit a photojournalist with The Punch newspaper, Olukayode Jaiyeola, on the head while covering the protest on Thursday.

MDB earlier reported how several protesters were arrested at Maryland during the rally organised by the Coalition for Revolution (#RevolutionNow).

The protesters marched in their numbers from Ojota area of the metropolis to Maryland to express displeasure over the general state of the country, including the hike in petroleum price, suppression of freedom of speech, freedom to associate, and others.

The protesters who defied all odds, including a warning by the police against rallies and protests, were stopped at Maryland, where about 30 of them were rounded up and a journalist brutalised.

In a statement, Olumuyiwa Adejobi, the spokesperson of the command, said the officer who attacked the journalist is attached to PMF 22 Ikeja.

The preliminary findings carried out by the commissioner of police and eyewitness accounts from senior officers on the ground, revealed that the cop suddenly attacked the journalist, without any previous altercation or confrontation.

This propelled the commissioner of police to order for his trial in order to serve as a deterrent to others who are fond of engaging in unprofessional and unethical conducts.

The police commissioner, who was monitoring the deployment and operational activities of officers and men of the command for the enforcement of the order against unlawful gathering and protest by some unpatriotic individuals, raced to the scene and personally moved the injured journalist to the Police Cottage (hospital) at Area F, GRA, Ikeja.

He further wrote that the police chief waited and ensured the injured journalist was given immediate and best medical treatment and stayed throughout the journalist’s treatment and subsequent discharge.

The commissioner however assured of the command’s commitment to sanitising and reforming the policing system in Lagos State in conformity with the international standards.

Nigeria At 60: Atiku Abubakar Calls For Release Of All Political Prisoners

I Was A Victim Of Police Brutality – Gov. Fayemi…