“That S**T Is Real” – Khloe Kardashian Reveals She Had Coronavirus 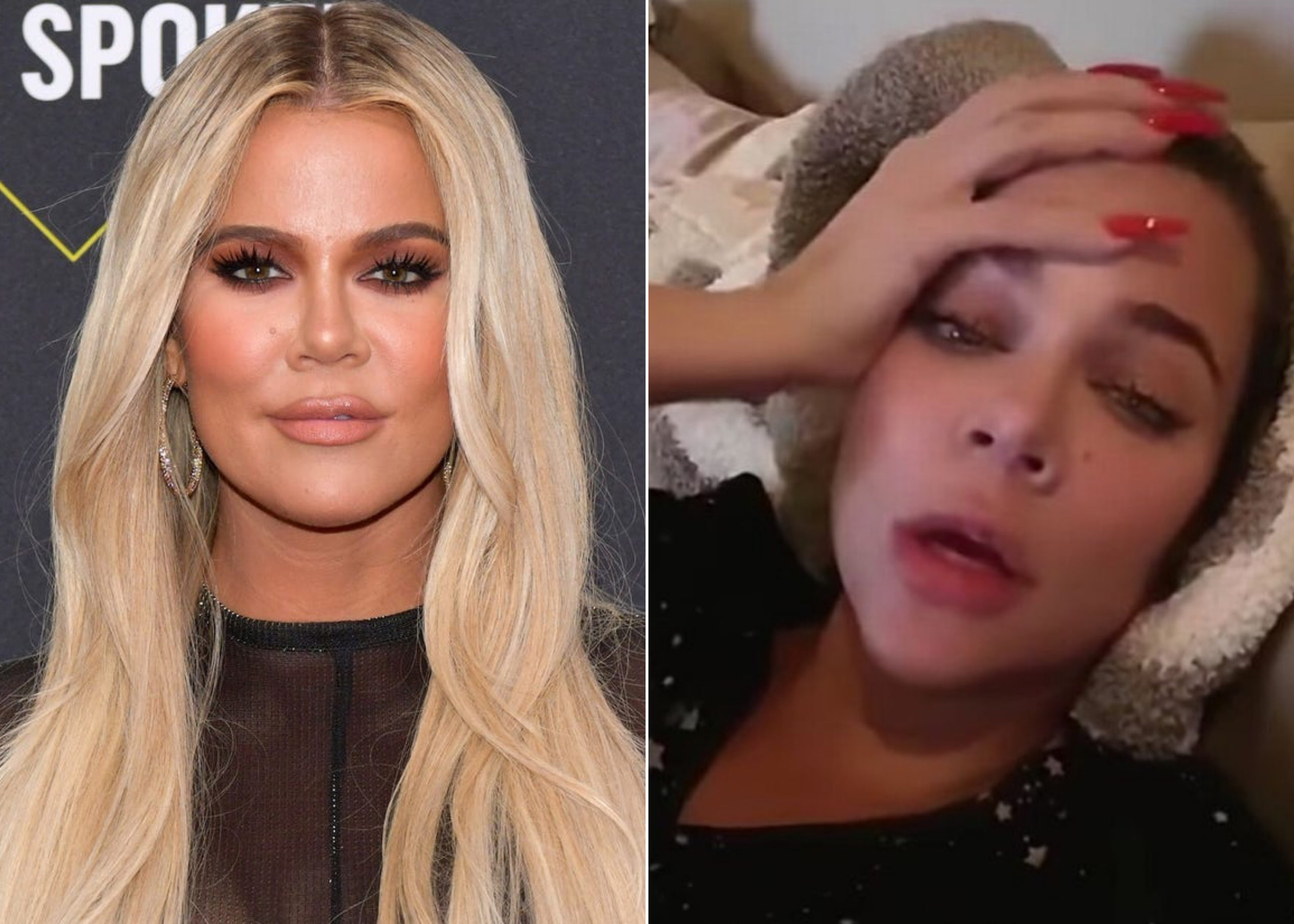 Khloe Kardashian has revealed that she tested positive for coronavirus earlier this year, after she suffered from “vomiting” and “shaking”.

The reality star, 36, announced she had contracted the virus in a recently released trailer of a soon-to-be aired episode of Keeping Up With The Kardashians (KUWTK).

According to TMZ, her mother, Kris Jenner called every doctor she could think of for help as Khloe’s symptoms were really bad.

While isolating in her Los Angeles home, the mum-of-one confirmed she was suffering from COVID-19 in the clip, recording footage of herself as she opened up about her experience of the deadly virus.

Just found out that I do have corona. I have been in my room. It’s gonna be fine, but it was really bad for a couple days.

I suffer from migraines, but this was the craziest headache.

I wouldn’t say it was a migraine. The coughing, my chest would burn when I would cough. Let me tell you, that s**t is real.

Her sister, Kim Kardashian spoke out in the KUWTK episode, expressing her fears for Khloe‘s health after learning she had fallen ill.

I mean, my gut tells me she does, just because she’s so sick.

That really scares me for her, cause I can tell that she’s now getting scared and that she’s really nervous about it.

This is not the first time Kim has had a scary encounter with the deadly disease. Kanye West revealed back in July during a Forbes interview he contracted the virus and suffered from similar symptoms.

He revealed that he contracted the virus around the same time actor Tom Hanks and his wife Rita Wilson announced their diagnosis back in March.

Kim, who turned 40 on October 21, had revealed to Grazia magazine that she single-handedly restored her husband, Kanye West to health after he contracted COVID-19 back in February. Kanye also told Forbes about his coronavirus diagnosis.

As the newly-released KUWTK footage was filmed months ago, Khloe has since recovered from COVID-19 as she showed up for Kim’s 40th birthday extravaganza on a private island.

Khloe‘s revelation is due to air on the current series of KUWTK which airs weekly on E!