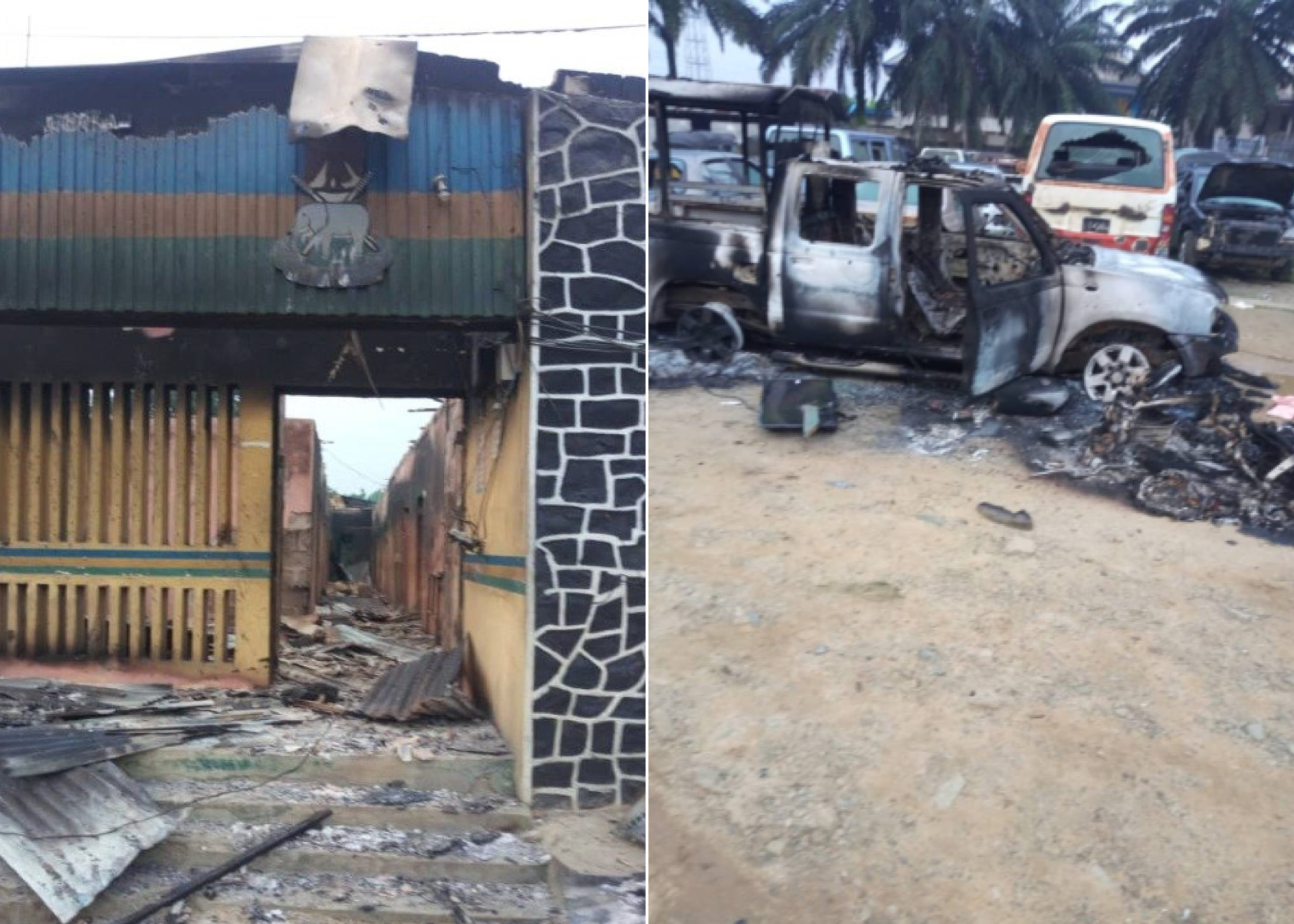 Troops of the Nigerian Army and the policemen have taken over the Oyigbo Local Government Area in Rivers State to restore calm following fresh mob attacks in the area.

Gunshots rent the area from Thursday night till Friday morning as soldiers repel the hoodlums but there were still flashes of violence in Oyigbo.

Governor Nyesom Wike on Wednesday declared a 24-hour curfew in Oyigbo after hoodlums attacked a police station and set it on fire.

Few hours after Governor Wike announced the curfew, the attackers became aggravated and carried on with more destructions.

Chairman of Oyigbo LGA, Gerald Aforji, while reacting to the incident on Friday morning, said soldiers had to intervene to restore calm in the area.

The State Police Command had said members of the Indigenous People of Biafra were responsible for killing two of its operatives and burning of three police stations in the area on Wednesday.

They said the stations came under attack when hoodlums numbering about 500 suspected to be members of IPOB invaded the Oyigbo Area Command, Oyigbo and Afam Police Stations, setting them ablaze and damaging about fifteen vehicles, including one Armored Personnel Carrier (APC)

In the wake of the attack, two Police Officers were killed and some arms and ammunition carted away by the hoodlums.

Another attack was carried out at the Mile one Police Station where the same suspected IPOB members who operated under the guise of #ENDSARS protests made frantic attempt at burning the Mile One Police Station and the office of Eagle Crack Squad.

Though the command was able to restore calm, there are still pockets of threats from their remnants at the fringe communities in Oyigbo Local Government Area.

However,  the attacks continued on Thursday with the destruction of an ICT Market by rival hoodlums at Rumukwurusi belonging to traders, mostly resident in Oyigbo.

Also, two persons were allegedly shot dead around Isaiah-Eleto, while another three are said to have also been killed around Luciano Bar at Umuebulu, all in Oyigbo Local Government Area.

Sporadic shootings were heard at different parts of the local government in the wee hours of Friday.

There’s an on going Massacre in Oyigbo right now!! #OyigboIsBleeding SPREAD IT !!! pic.twitter.com/cIC2Xg41Hm

This is the battalion that passed our streets just before night in Oyigbo. They’ve been shooting for hours pic.twitter.com/4xUlO9DZuE

From everything I gathered about Oyigbo killing, this is a video thread of how things degenerated.

Can someone interpret what he’s saying please? #OyigboIsBleeding #oyigbo pic.twitter.com/CungoBflkJ

Nigerian Military Accused Of Carrying Out Air Strikes In…