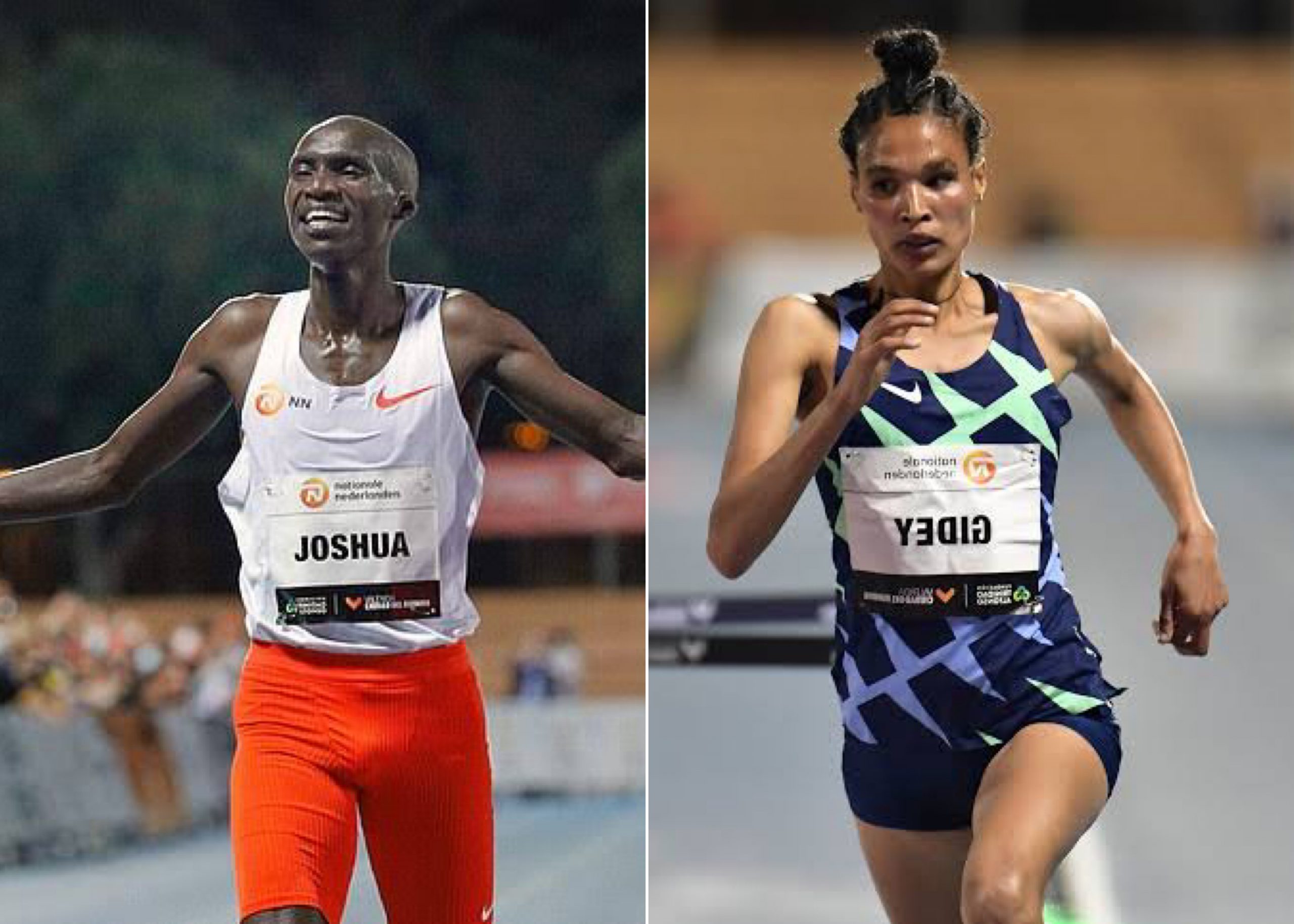 The Ugandan smashed previous mark of 26min 17.53sec set by Kenenisa Bekele in 2005 in Brussels.

The achievement capped an outstanding 12 months for the 24-year-old, who won the gold medal in the 10,000m at last year’s World Championships in Doha, and in August took Bekele‘s 5,000m record at the Diamond League meeting in Monaco.

Only 400 people including sponsors, journalists and staff were allowed into the event due to strict coronavirus measures in Spain, but Cheptegei still savoured the moment with a lap of honour, wrapped in the Ugandan flag and wearing a crown.

The 22-year-old lowered the previous mark of 14min 11.15 held by her compatriot Tirunesh Dibaba since 2008 by over four seconds in Oslo.

This is a longtime dream for me, I’m very happy, this is very big for me.

Gidey put up the run of her short career a year after taking 10,000m silver at the world athletics championships in Doha.

The event was organised by Cheptegei‘s NN Running Team of the Netherlands, and he and Gidey were helped to the finish line by pacers as well as Wavelight technology, which flashes lights on the inside of the track to indicate a specific pace.

NFF Confirms Receipt Of $1m From FIFA As COVID-19 Palliatives