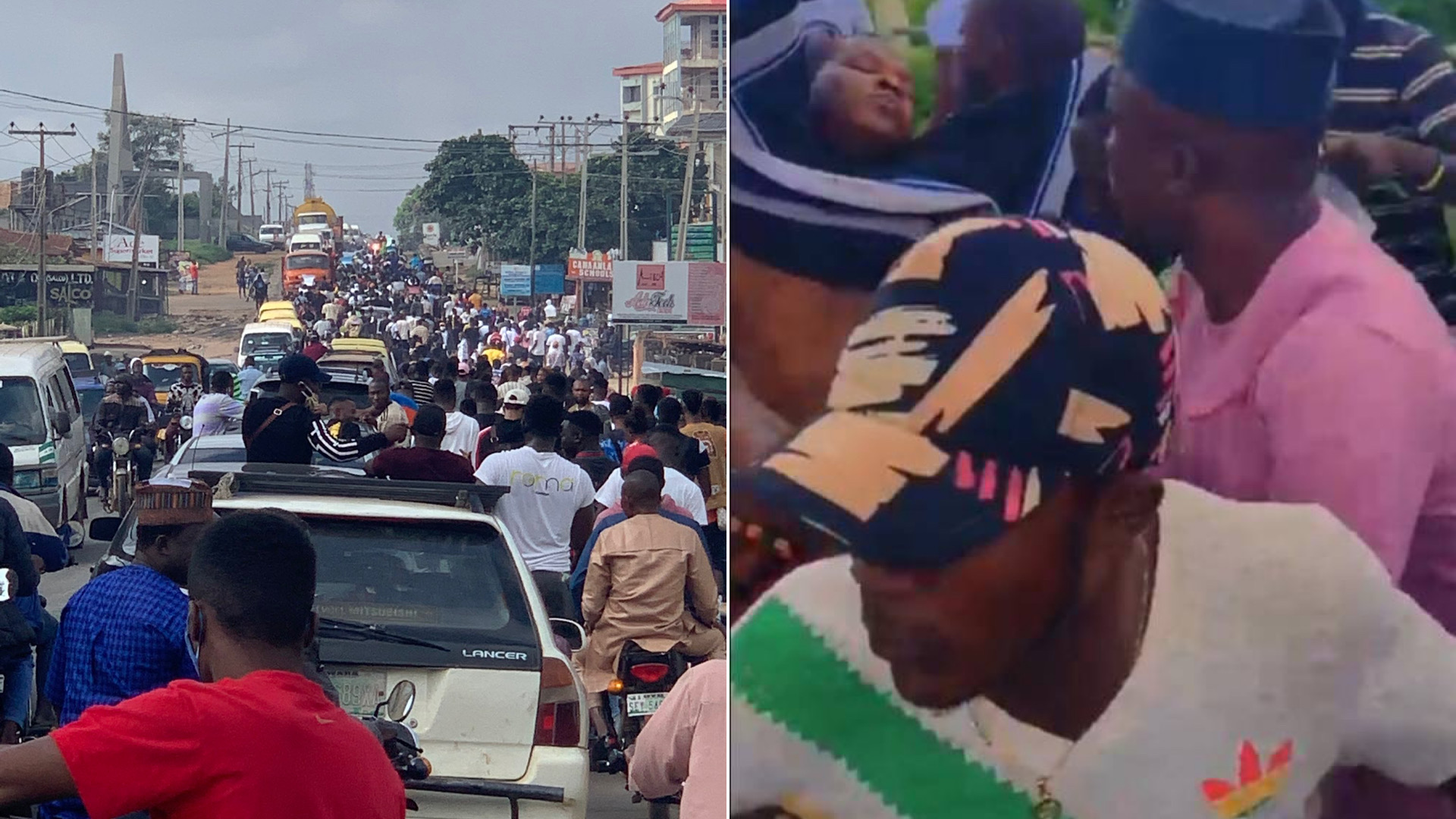 Oyo State Police Command has denied a widely circulated social media report that a police officer shot dead one of the protesters of #EndSARS protest in Ogbomoso on Saturday.

It would be recalled that MDB earlier reported that the young man, identified as Jimoh Isiaq got killed after police officers shot at protesters.

Some reports claimed the deceased victim was a student of the Ladoke Akintola University of Technology (LAUTECH).

However, in a statement released this afternoon, the state Commissioner of Police, Nwachukwu Enwonwu, debunked the reports of an officer killing a protester.

The Commissioner averred that the protesters were allowed to show their displeasure but were eventually dispersed when they started throwing stones at the policemen and attempted to gain entrance into the police premises.

He expressed that the Police in turn used tear gas to disperse them from gaining entrance into the Owode Ogbomoso Area Command/Police Station.

According to the statement, the Police did not fire a shot or kill any protester as widely circulated as the CP in his earlier press release, had sought for collaborations of parents/guardian, religious and community leaders, leaders of thought.

It stated that they were called upon to wade in and appeal to the youths to exercise patience with their demands to end SARS.

The attention of the Commissioner of Police, Oyo State Command, CP. Joe Nwachukwu Enwonwu, psc has been drawn to the trending story/video that has been widely circulated on Social media today 10/10/2020 that Police killed a protester in Ogbomoso during the “EndSARS” protest.”

The CP wishes to state that the Police allowed the protesters to express their feelings during the protest and they were not hindered in any form until when they started throwing stones into the Police premises and attempted to gain entrance into the premises.

The Police did not fire a shot or kill any protester as widely circulated.

Meanwhile below are some videos shared online alleging that police officers fired gunshots at the protesters;

They just kiIIed this young man in Ogbomosho for participating in a peaceful protest, SAD!! #EndSarsNow #EndSarsOgbomosho pic.twitter.com/ymSKUFdlh9

News just reaching me that 2 protesters have been shot in Ogbomosho and one is dead at the moment, it’s been a peaceful protest so wtf? 😭😭😭 #EnsSARS #EndSarsOgbomosho pic.twitter.com/UCdKzdafl9

The Nigeria Police Force is shooting at unarmed peaceful protesters in ogbomosho Nigeria.

This is why we must #EndSARS and reform the entire police. pic.twitter.com/Owl0jOhPts