39-Year-Old Man To Die By Hanging For Killing Lover 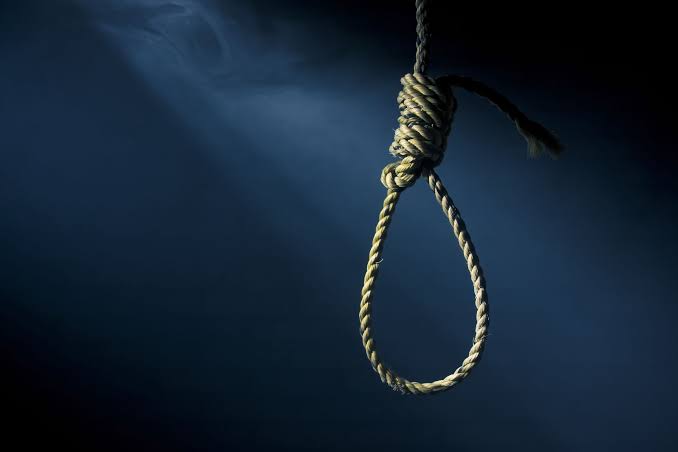 An Abeokuta High Court has on Wednesday, November 17 sentenced a 39-year-old automobile mechanic, Musiliu Owolabi, to death by hanging for killing his partner, Afusat Idowu.

The convict had earlier been arraigned on November 12, 2019, and he pleaded not guilty to the one-count murder charge

The state prosecution counsel, Mr James Mafe, Director of legal Drafting, Planning Research and Statistics, as at then said the convict committed the offence on February 1, 2018, at Camp area in Abeokuta.

Mafe noted that the convict took his lover to a hotel for sexual romp, after which she complained of stomachache and started foaming from her mouth.

The convict took her to his vehicle, on his way he noticed she was dead, and secretly took the deceased to an uncompleted building, dug a shallow grave and buried her without disclosing to anybody.

The convict was arrested when the younger brother of the deceased went to the police station to complain that his sister who told him she was going for a naming ceremony at Bode Olude area never returned.

Upon police investigation, with the help of tracking the deceased phone, it was discovered that the convict was the last person that spoke with the deceased.

On his arrest, he made a confessional statement to the police and took them to where he buried his lover.

The Chief Judge of Ogun State, Justice Mosunmola Dipeolu, while delivering her judgment on Wednesday, submitted that the prosecution proved its case beyond reasonable doubts that Owolabi, was guilty of the offence charged, hence, convicted him.

Dipeolu, said the offence committed contravened the provisions of section 319 of the Criminal Code, Laws of Ogun 2006.

She held that the evidence presented by the prosecution was tenable and therefore, sentenced Owolabi to death by hanging.

Two Siblings, One Other Sentenced To Death For Armed Robbery…