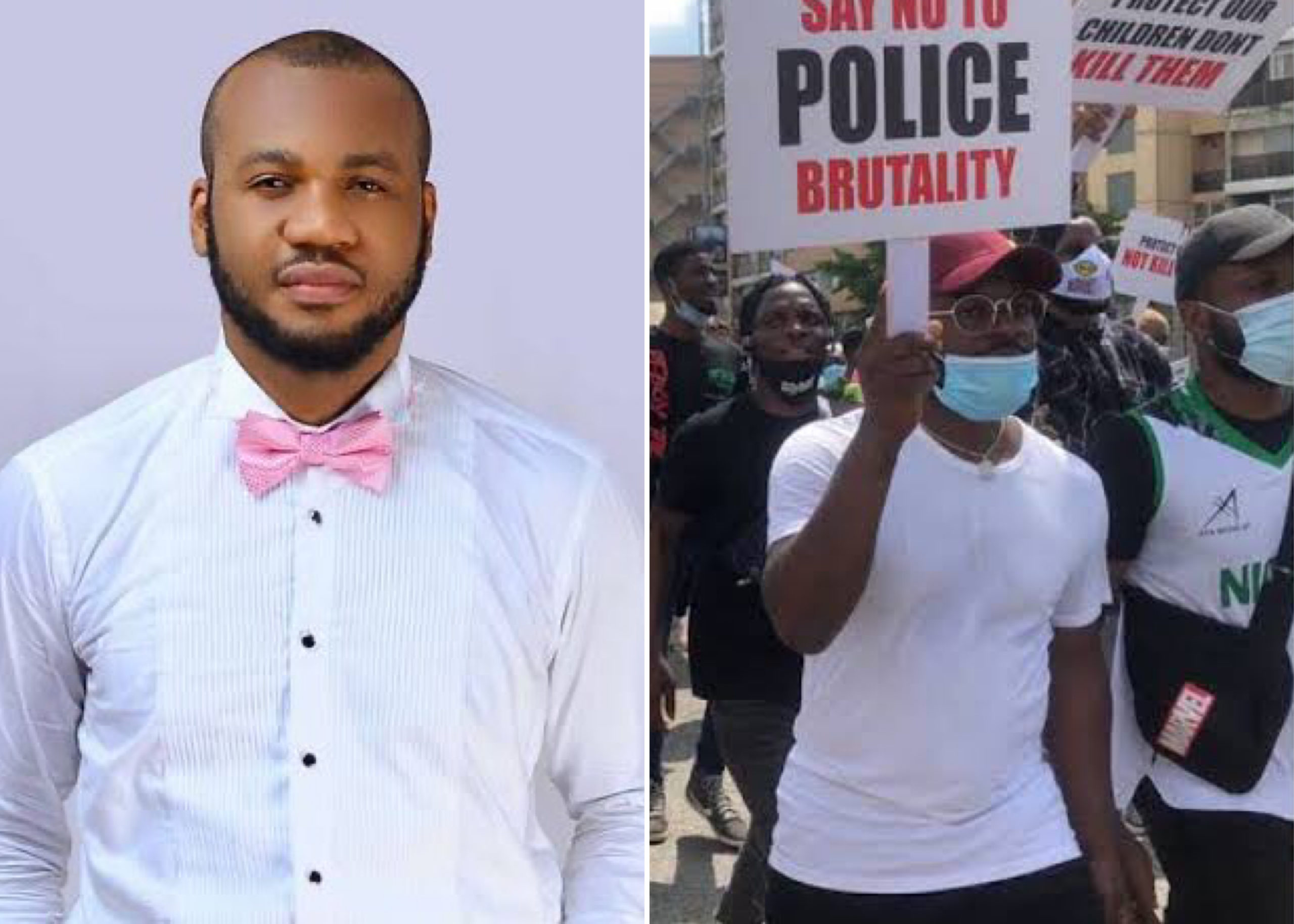 Okeke alleged that during the protest, his properties were destroyed and the defendants who amplified the #EndSARS protests through various means must be brought to justice.

In his supporting affidavit, Okeke said the defendants played active roles in the #EndSARS protest, which he claimed turned violent.

It read in part;

That the 1st to 50th accused persons between the 3rd day of October 2020 and the 28th day of October 2020, using Twitter, an Internet web source with URL https://www.twitter.com within the jurisdiction of this honourable court did conspire amongst themselves to commit misdemeanour, to wit, promoting and acting in such a manner, with intent to assist in the promotion of #EndSARS and thereby committed an offence punishable under Section 97(2) of the Penal Code Act, C53 Laws of the Federation of Nigeria, 2004.

That the 1st to 50th accused persons with intent to carry out some common purpose, assemble in such a manner or being assembled under the composition of #EndSARS as to cause persons in the Federal Capital Territory, Abuja, to fear on reasonable grounds that such assembly needlessly and without any reasonable occasion may provoke other persons tumultuously to disturb the peace.

Properties belonging to the complaint were egregiously destroyed by some riotous and tumultuous persons instigated and incited by the 1st to 50th accused persons.

Read the affidavit below; 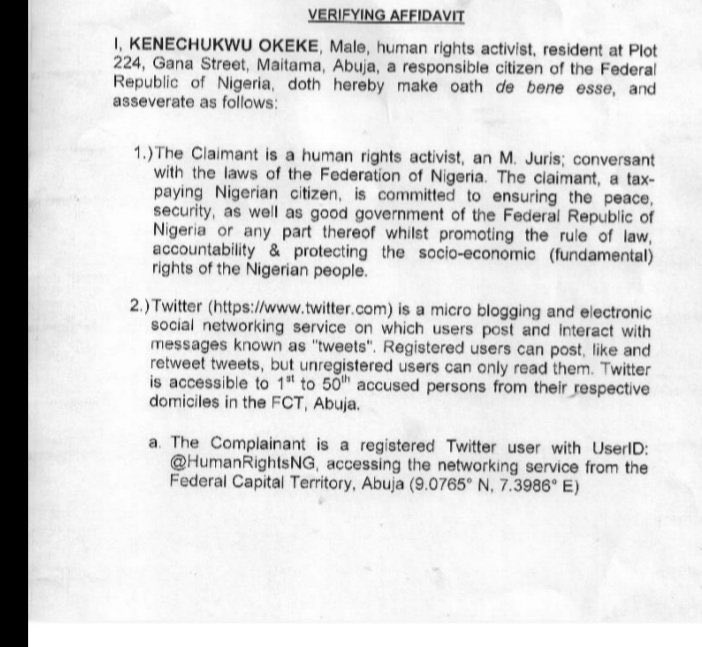 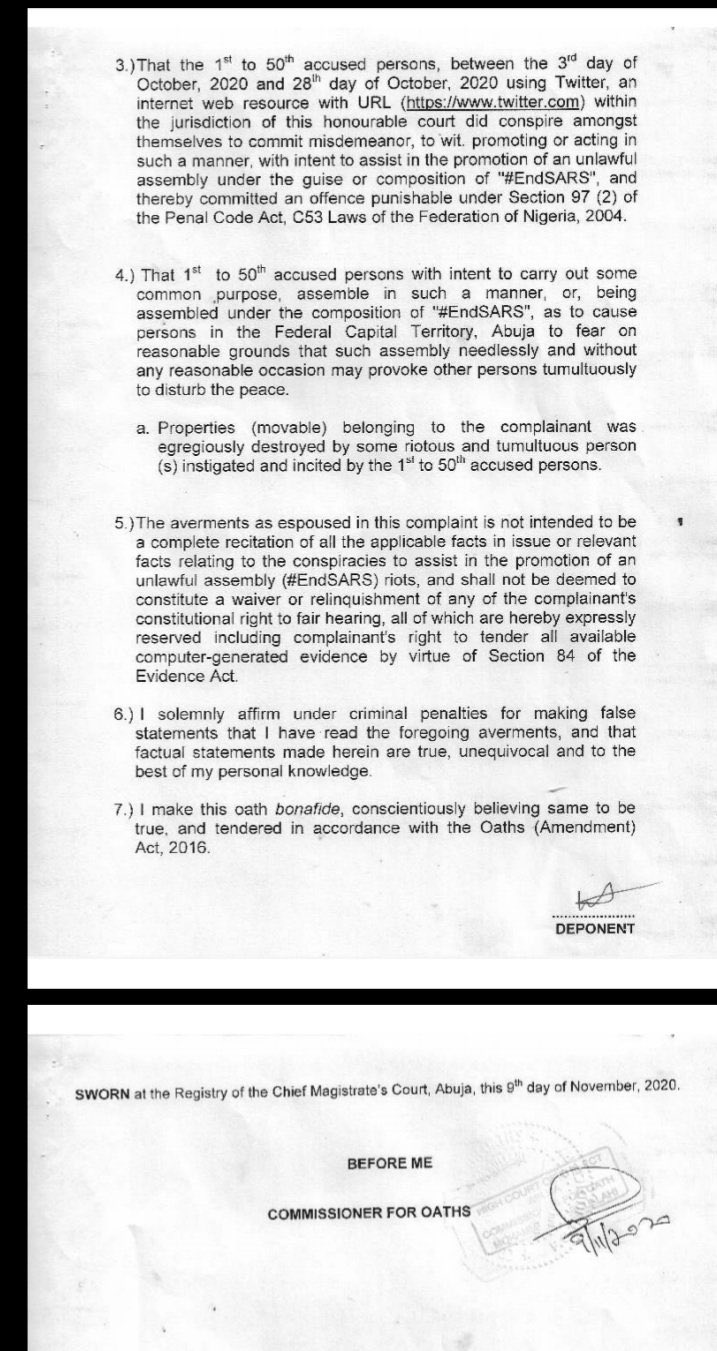 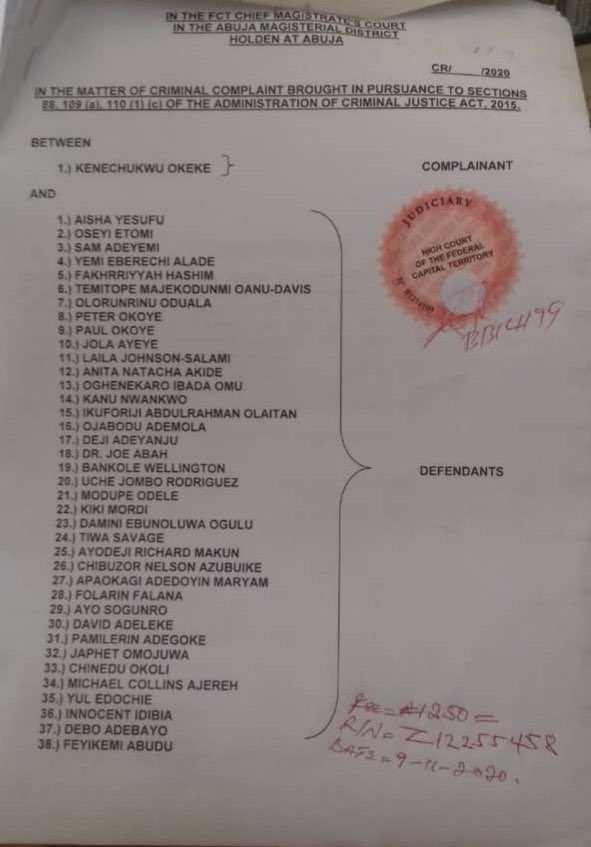 Drama As Woman Disrupts Husband’s Secret Wedding To Another…