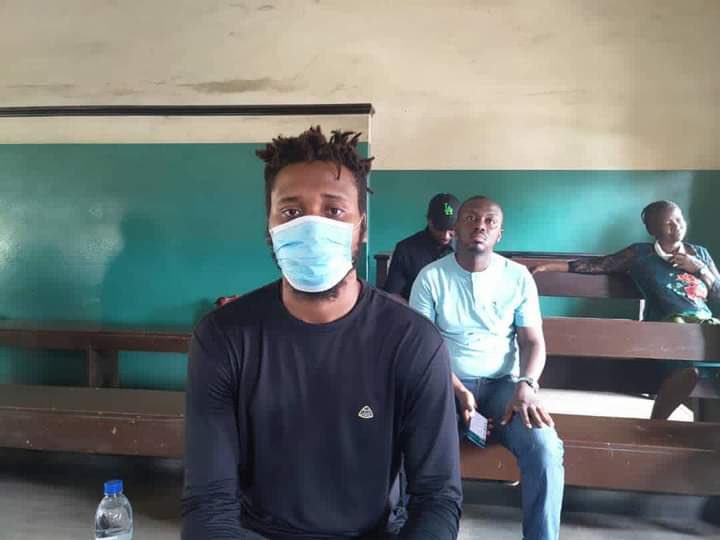 Yaba Magistrate Court in Lagos State has on Tuesday, November 17 granted bail to #EndSARS  protesters, Eromosele Adene, after 10 days of being in police custody.

The 27-year-old musician and philanthropist was arrested in his home on November 7, for inciting violence, endangering of the public peace, among others.

Before his arraignment began, there were heavy Police presence in and outside the Court, barring journalists, lawyers and family members from entry, sparking a commotion.

Police prosecutor requested that the magistrate grants the Police a 30-day remand order to keep Eromosele in custody while he’s investigated for acts including criminal incitement under Nigeria’s Terrorism Act.

Eromosele‘s counsel described the application filed by the Police “a threat to his fundamental rights”.

He said the Police have had enough time to investigate the case since he’s spent 10 days in custody already. The counsel then requested that the court grant bail to Eromosele.

Following the argument of the case, the Yaba Magistrates Court granted bail to Eromosele Adene.

The bail was set at N1 million with two sureties in like sum. One of the sureties must own property and they must both be tax payers.

‘Meet My Daughter’ – Timaya Says As He Shares First Pictures Of His 6 Months Old Daughter, Maya

Just In: #EndSARS Protester Who Gave Birth In Prison Granted…